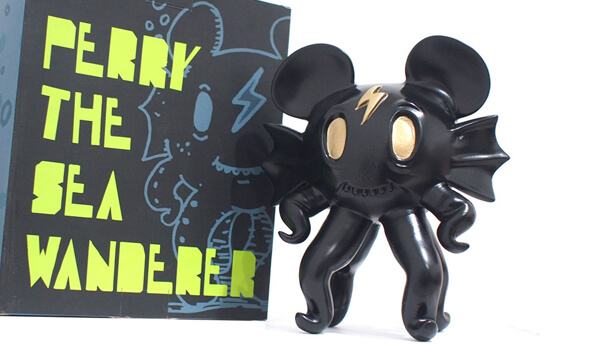 A couple of weeks ago we’d previously announced that Indonesia based artist Eric Wirjanata AKA The Space Wanderer was preparing to release a special release of his “Perry resin figure”. Well the wait is over and Golden Eye Perry  can be yours TODAY!

Here’s the story of Perry.

Perry was gone too long. When he almost falls into oblivion, he went into someone’s dream and tell a story.

A story about pirates, some talking eggs, ghosts of the rainbow,the dancing colours, elephant with butter wing, and many other things.

He said, “Dreams will get you to many weird, fantastic and fun place, but never forget to wake up. To share your adventure with your friends.”

Then he turned into shadows, and his eyes suddenly glowing gold.

Just before he left, he whispers:
“I might not be heard again, but I am a wanderer” 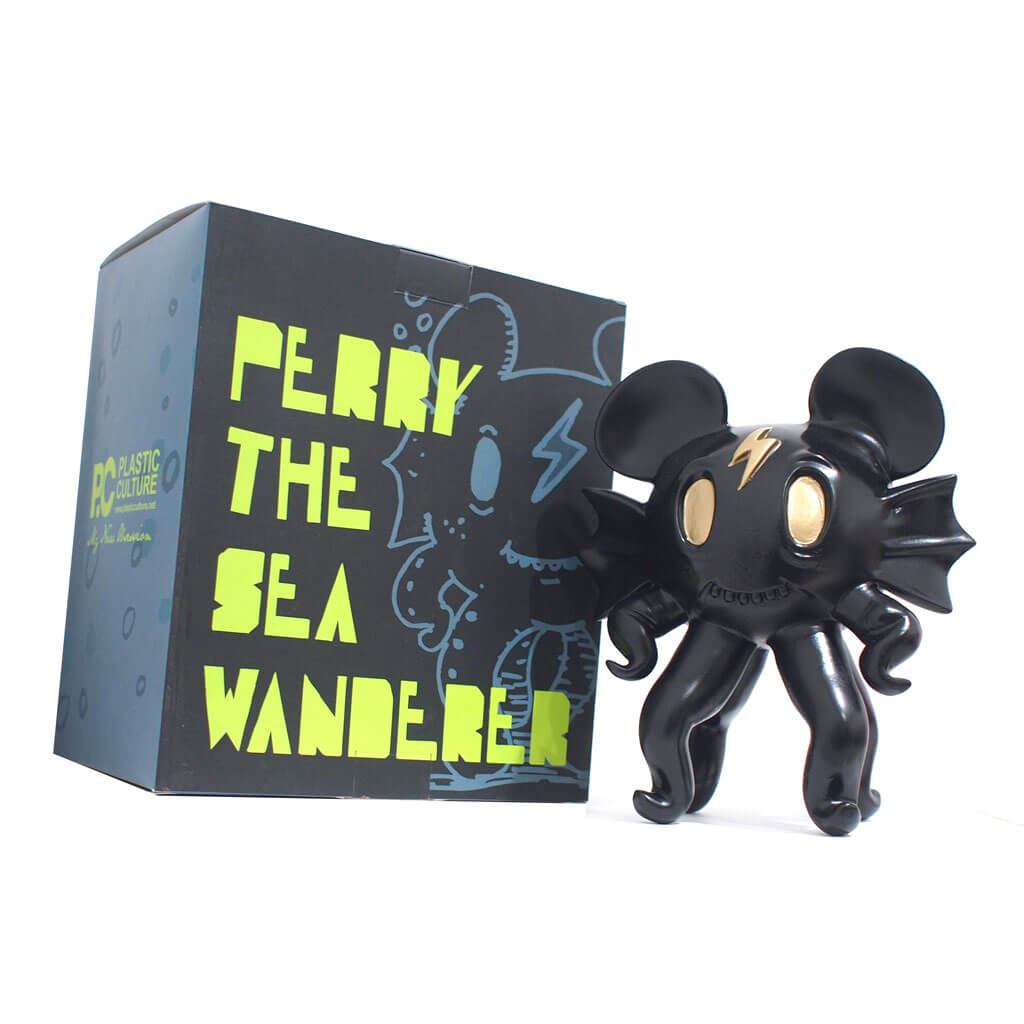 “Perry The Sea Wanderer returned as Golden Eye Perry, as the fourth colour way from the series.
During the production, sometime I called him Oblivious Black edition, but as it sounds pretty gloom, I named this as Golden Eye Perry instead. “
Only 6 pieces will be available.
6 inches resin figure.
Character designed by Eric Wirjanata (The Space Wanderer) .
Sculpted by Win Satrya.
Original piece produced by Plastic Culture.
Paint by The Space Wanderer & Little Giant.
Released NOW at http://thespacewanderer.bigcartel.com/product/golden-eye-perry priced at $66.8 USD + shipping.