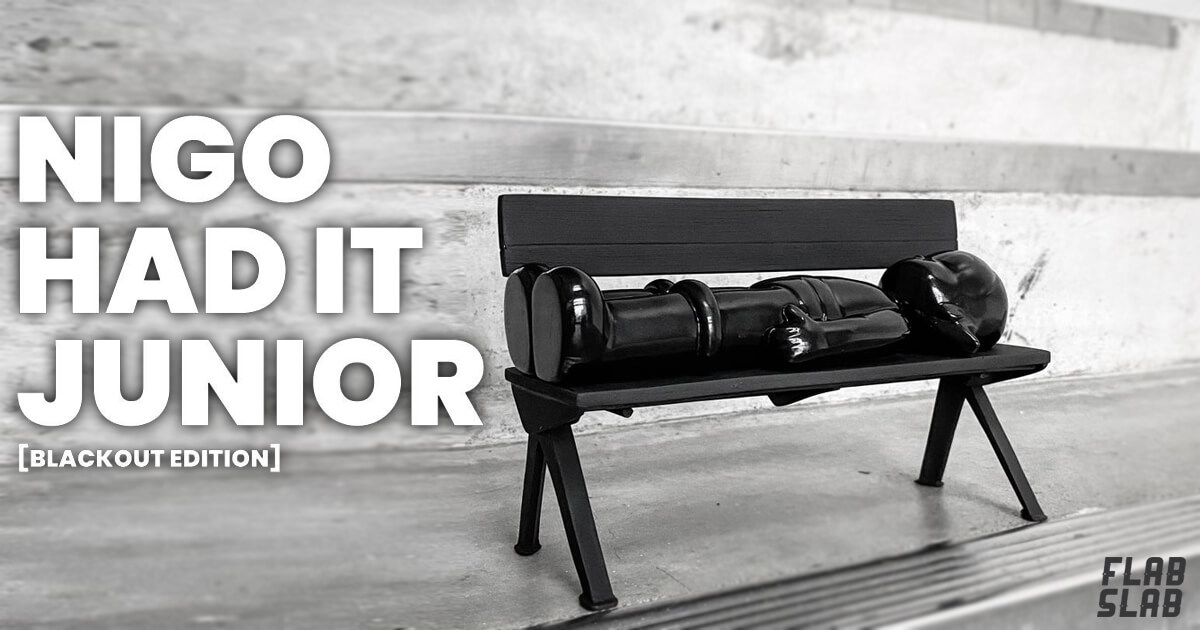 Nigo Had It Junior returns! Much darker to reflect on the darker times at this moment in time. FLABSLAB presents the [Blackout] edition. With the chaos around the world right now, one thing we can all do is take a leaf out of FLABSLAB’s Nigo Had It Junior is close your eyes and sleep tight and fuck the world, HA. Even in this Pure black state, you can admire the silhouette of Nigo Had It Junior and still comes with the iconic bench.

Inspired by a lot in the NIGO Only Lives Twice Sotheby’s auction in 2014. Blackout is the third colorway of Nigo Had It Junior.

Measuring 8” wide x 4.5” tall.
Set is cast in resin. Bench is finished in matt while the figure is glossy. Individually numbered aluminium plate on the back of the bench.