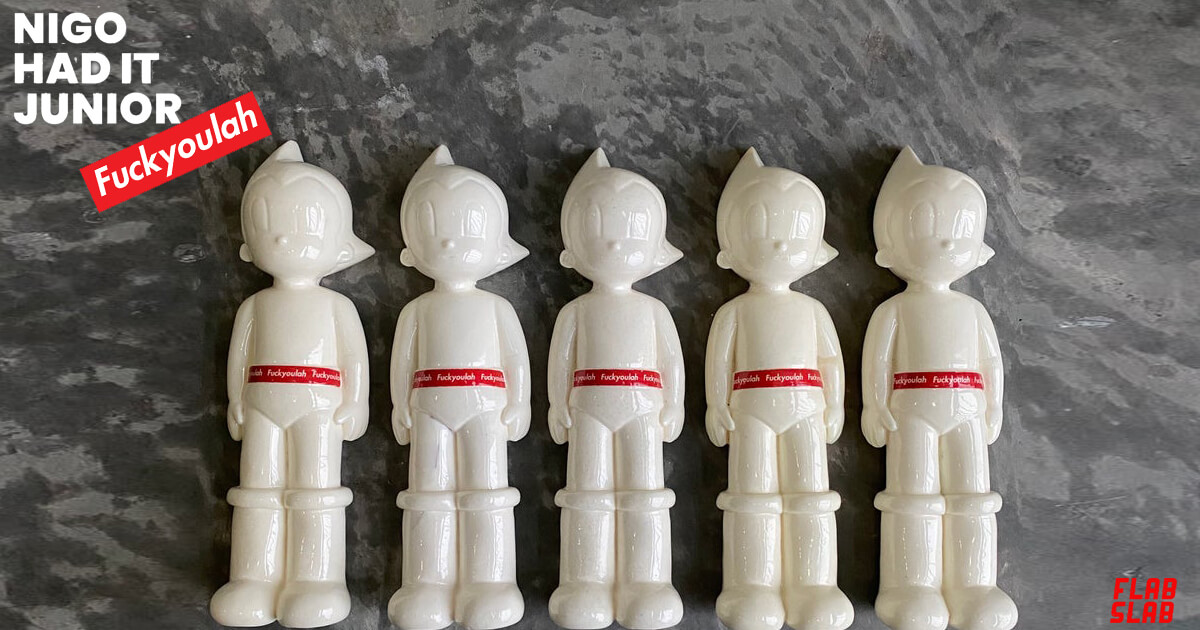 SUPRISE DROP just happened at FLABSLAB and a possible big FUCKYOULAH if you miss this special edition Boy Nigo Had It, Junior, HA. Like a Thursday SUPREME drop, it could go in a flash.

We decided to have fun with some leftover resin and made a few pieces of the figure that is part of the Nigo Had It Junior set. The little boy has a red bellyband that reads “Fuckyoulah”. – FLABSLAB

Do note that because every piece is handmade, it is different with its own imperfections. The figure is about 8″ tall and does not come with the bench. What you see is what you get.