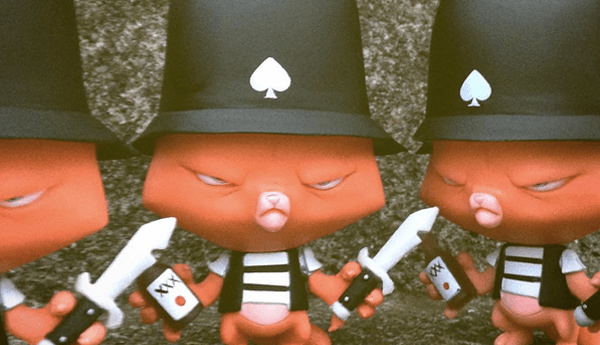 How badass do the latest colourway of Sam Fout‘s Satan’s Aces look? Ironside Battalion Orange, all set for a Halloween release. The Toy Chronicle have been a long time fan of Satan’s Aces, and this hasn’t waned either with this latest release. 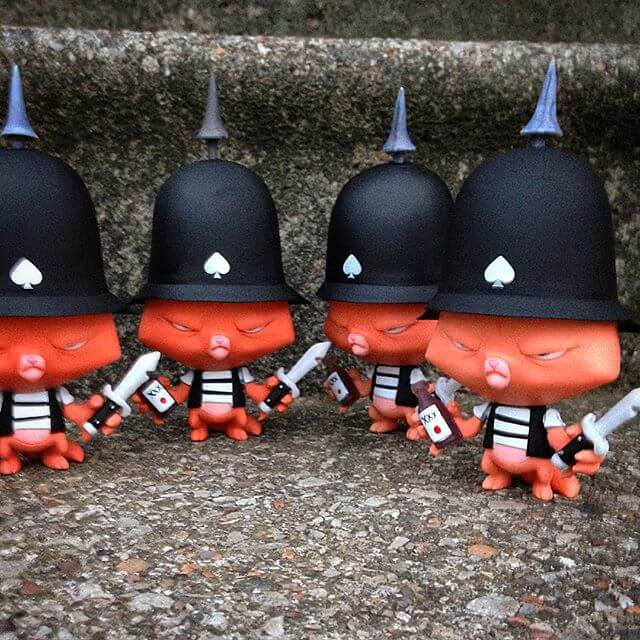 Satan’s Aces will be available on Monday 31st October at 5pm ET (9pm UK time, due to time zone changes this weekend). Each will cost $75/£61 plus shipping from the US. You’ll be able to pick up your Satan’s Ace on the Sam Fout store HERE. Each comes with a print and sticker. Sculpted and cast by the madman @duboseart. Only four will be available for sale, although there were originally five but the 1/5 was sold in the Satan’s Aces premiere release – just as an FYI.