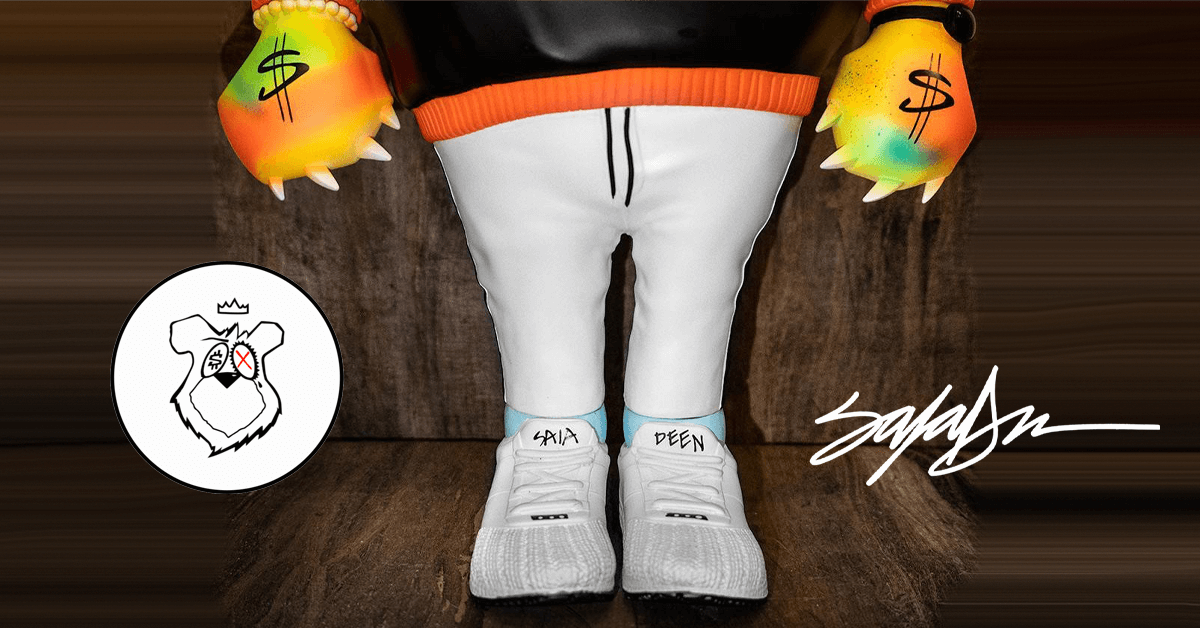 One of the most popular releases of 2019 and a sure fire contender for DTA nominations next June, was the JP Money Bear by King Saladeen. We have just found out that a new version of JP Money Bear will be released in the near future and it has gotten us excited on your behalf. Dear Summer will see a new colourway as teased by King Saladeen a little while ago.

Whilst we have no official release details at the time of writing, we do know that the new Dear Summer colourway of JP Money Bear is getting supersized! Yup, going from a modest 10.5inches to a WHOPPING 18inches tall! Go big or go home, right? We will keep our ears to the ground for more information on this release over the course of the coming months. In the meantime, go check out King Saladeen on Instagram HERE and Facebook HERE.

The original JP Money Bear above was inspired by the loss of King Saladeen’s best friend JP to brain cancer in 2013.