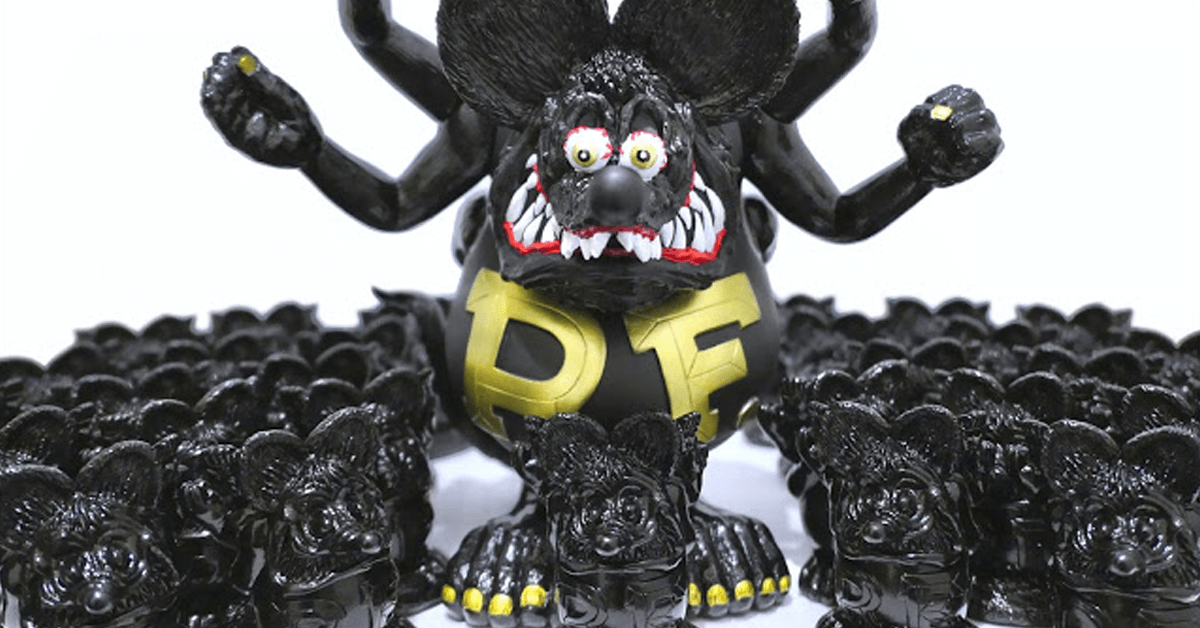 Following a sold out run of the Asura Rat Fink OG colourway with Magical Mosh Misfits earlier this year, BlackBook Toy are releasing a new colourway today at Wonder Fest in Japan, with an online release next weekend of this BBT exclusive colourway combo of gold, black & matte black.

Limited to 20 pieces at Wonder Fest today, the rest will be sold online on 2nd August at 4pm BST, priced at 16,200yen (about £120). Each Asura Rat Fink comes with an unpainted mini finger puppet too, as seen in the pics below.

After being painted some parts by the factory, BlackBook Toy dry brushed matte BK and gold one by one!!

The good news for those that missed the OG colourway of Asura Rat Fink, BlackBook Toy are re-releasing a limited number of FIVE sets at Wonder Fest today with a potential online release in due course – but nothing confirmed as yet. Priced at 16,200yen (about £120).