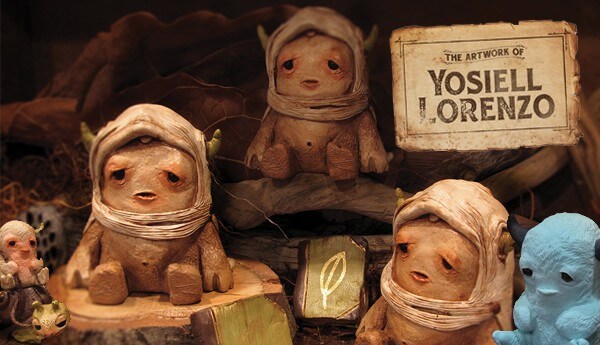 Our friend Yosiell Lorenzo, the creator of the Sicklings  will be adding a couple of new ranges to his store including new mini Sicklings, secret keeper, apprentice Sicklings and long awaited glow in the dark Sicklings. Of course Yosiell will have enchanting stories to go with every Sickling which make them even more special. Yosiell already taken some of his new work to the Maker Faire? in Bay Area, it is our turn to get some of Yosiell’s new Sicklings. Sicklings Glow In the Dark:

All the new releases will be at Yosiell webstore http://shoplorenzo.storenvy.com/ 7pm UK time.