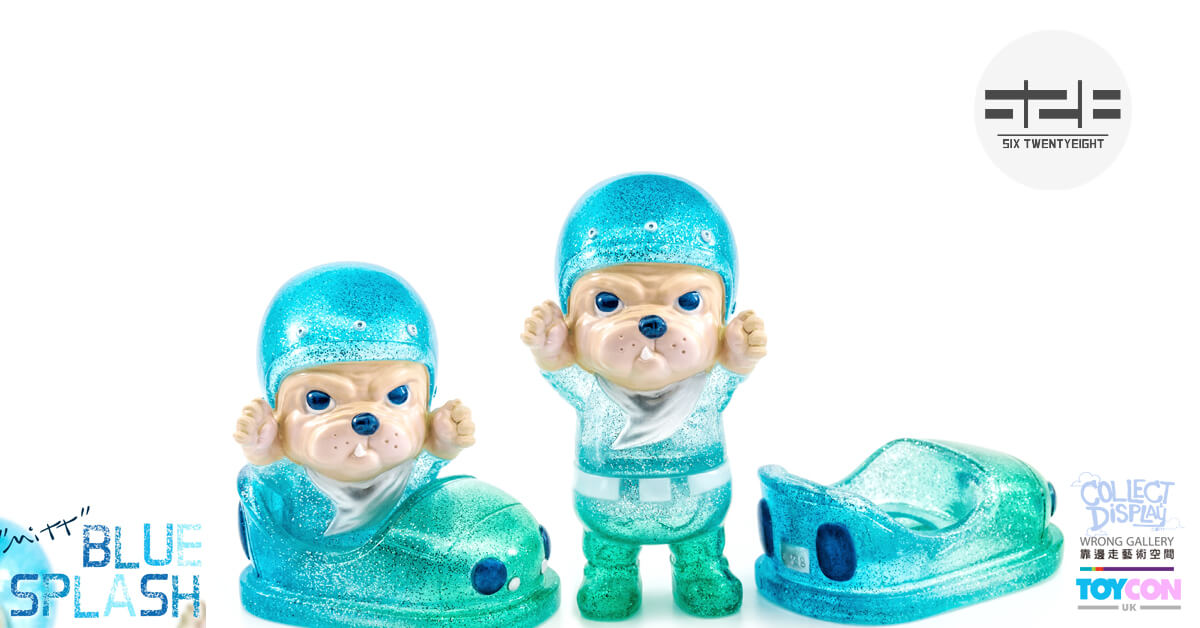 Gearing up to take on the Far East and the West will be Thailands Six TwentyEight as his adorable MITT Bumper Racer will be made available in two locations! Blue Splash edition of MITT is destined for Shanghai Toy Show at Wrong Gallery’s booth and ToyCon UK at Collect and Display’s booth. Don’t be too sad if you can’t make it to either convention because you’ll have an online chance of  Japan made sofubi MITT Blue Splash after both conventions. “MITT” Blue Splash
will be released at
• 5-7 April, Shanghai Toy Show at Wrong Gallery’s booth
• 7-8 April, Toy Con UK at Collect and Display’s booth
• Webshop at the end of April Download our TTC Mobile App on the App Store and Google Play Store to keep up-to-date with all your Designer Toy news and MORE. Available for FREE. Click on the relevant button below to take you to your favourite store now…

Did we mention its FREE!