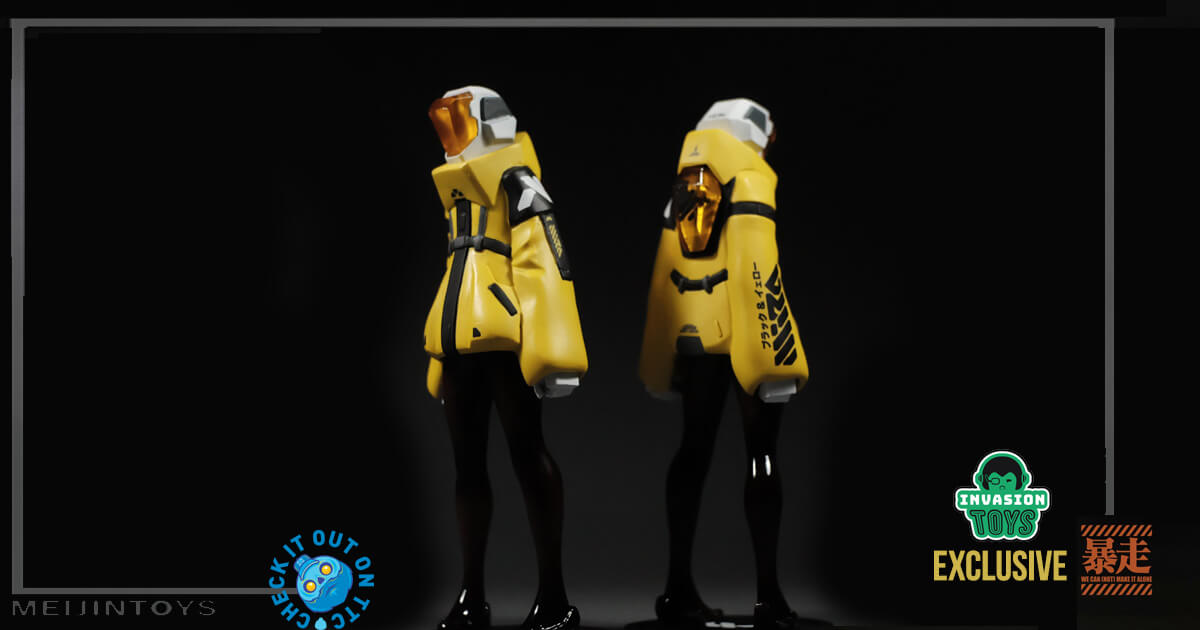 It’s official! the invasion is here! hold on to your seats as Deri637 teams up with Invasion Toys for an exclusive colourway. MEIJINTOYS Abraham Derri aka deri637. Over the past few months, we have seen the artist series take on MIRA and now Invasion Toys has armoured up MIRA with a special flipper paintwork (ok, that’s a lie but what’s not a lie is the fact its a great colourway for Invasion Toys)

Invasion Toys is quickly making inroads with the designer toy community and is pleased to introduce our first exclusive colorway with an incredibly talented up-and-coming artist, Deri637!

Mira Black & Yellow is an android teenager with a sleek physique and futuristic aesthetic. The included metal base is magnetic and secures Mira to the earth.

This resin figure is a limited edition of 20 and was produced exclusively for Invasion Toys.