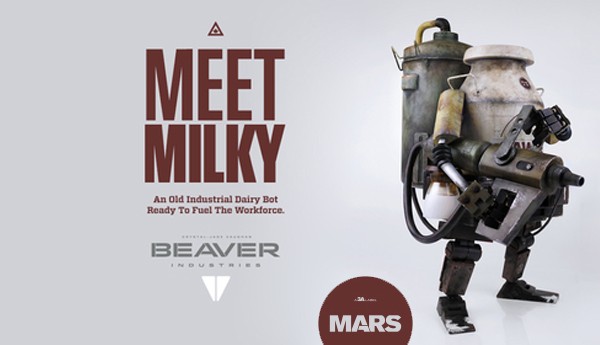 ThreeA artist Crystal-Jade Vaughan one of ThreeA artists based in UK, releases her second toy for ThreeA with the success of her HEX PUMPKIN PI. Introducing Milky Bot and the brain child from Crystal-Jade! We guarantee you have never seen a bot like it before.

MILKY BOT
Beaver Industries is a futuristic Lumberjack World. Perching on the gritty unflinching shoulders of our heroine Sawyer, as she introduces us to her work colleagues, grueling tasks, and daily routine in a brand new universe laden with corrupt corporate bastards, pissed-off-underpaid Lumberfolk, and the darn strange…!

Our first release is MILKY, an old industrial Dairy Bot. Sawyer and Milky fuel all the other robots with milk. Together they are…SAWYER MILK!

It’s unknown where the milk has been obtained…but Milky and Sawyer know! 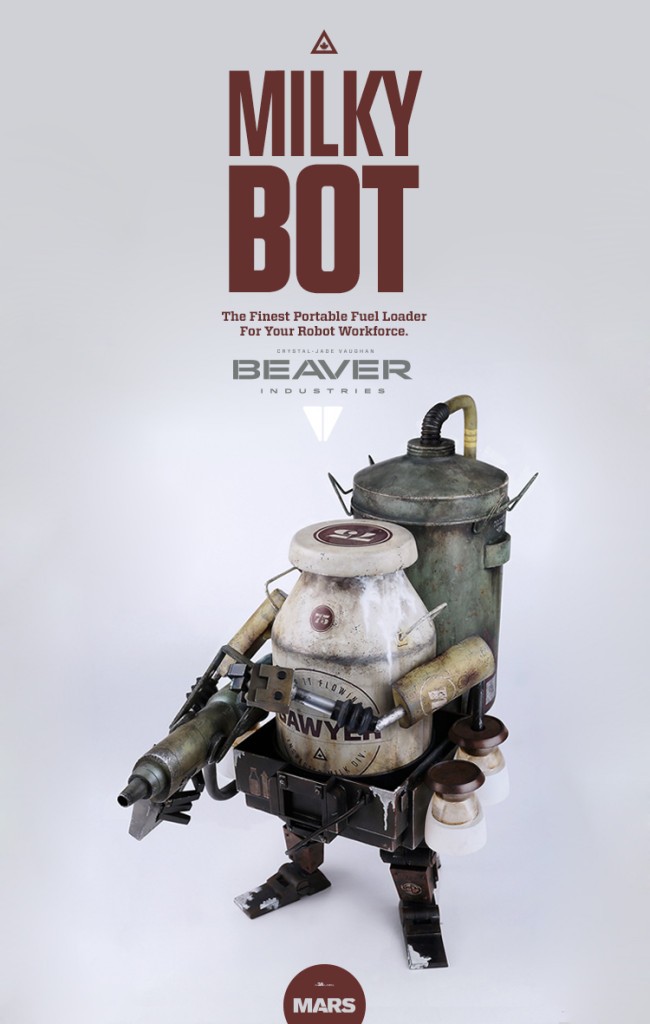 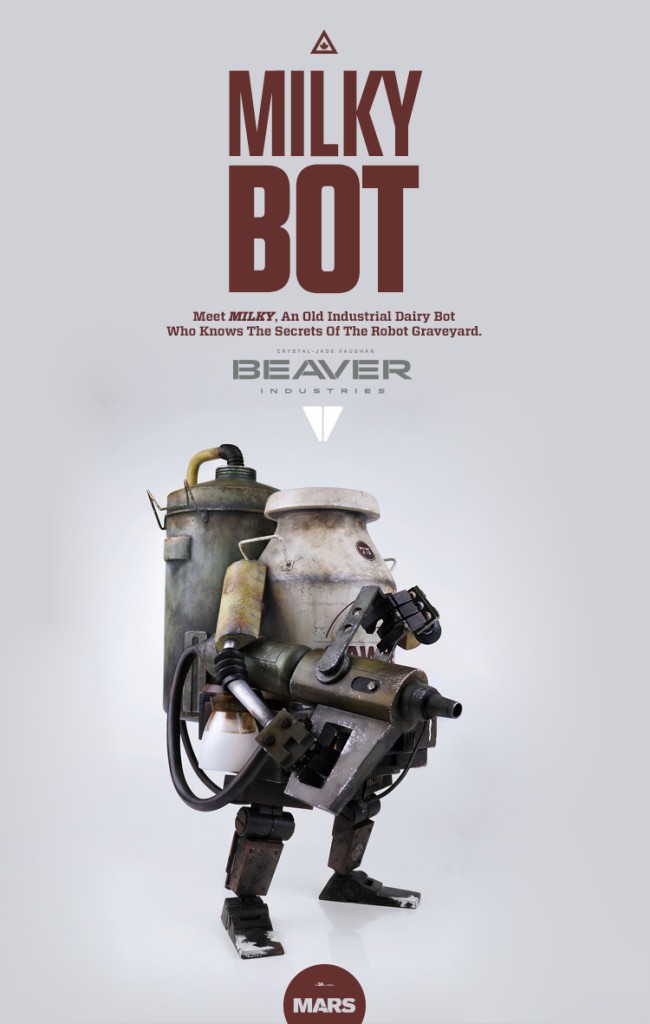 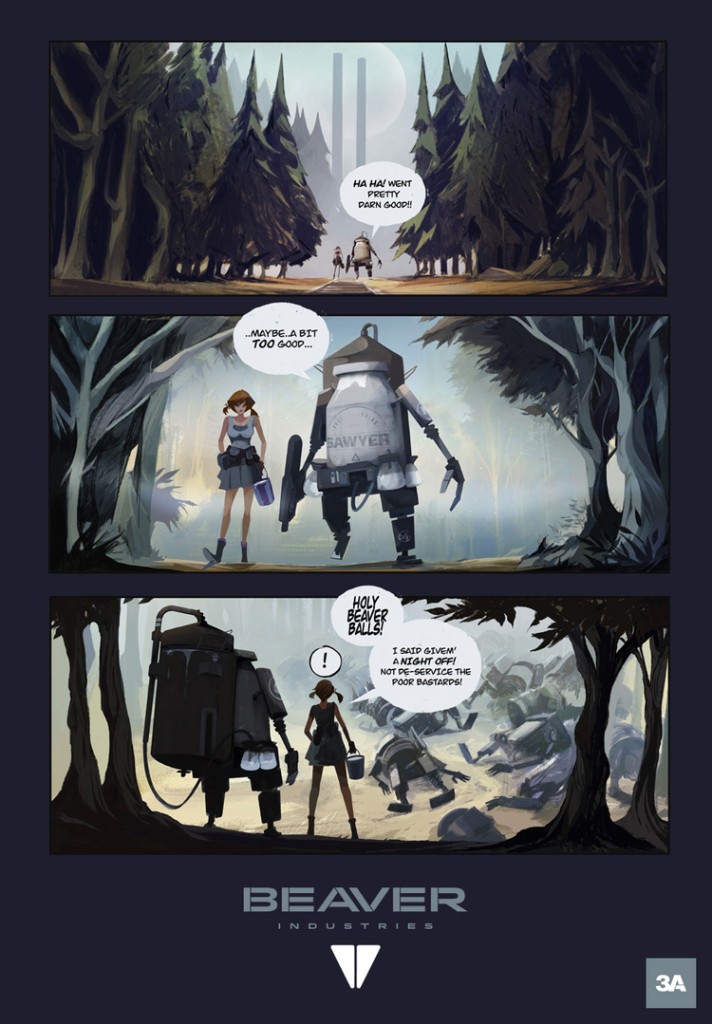 We are hoping to see more of Crystal- Jade’s designs and stories and fingers crossed she can make it to ToyConUK 2015! that would be great and some nice eye candy.

(all images and info lifted from http://www.worldofthreea.com/ )