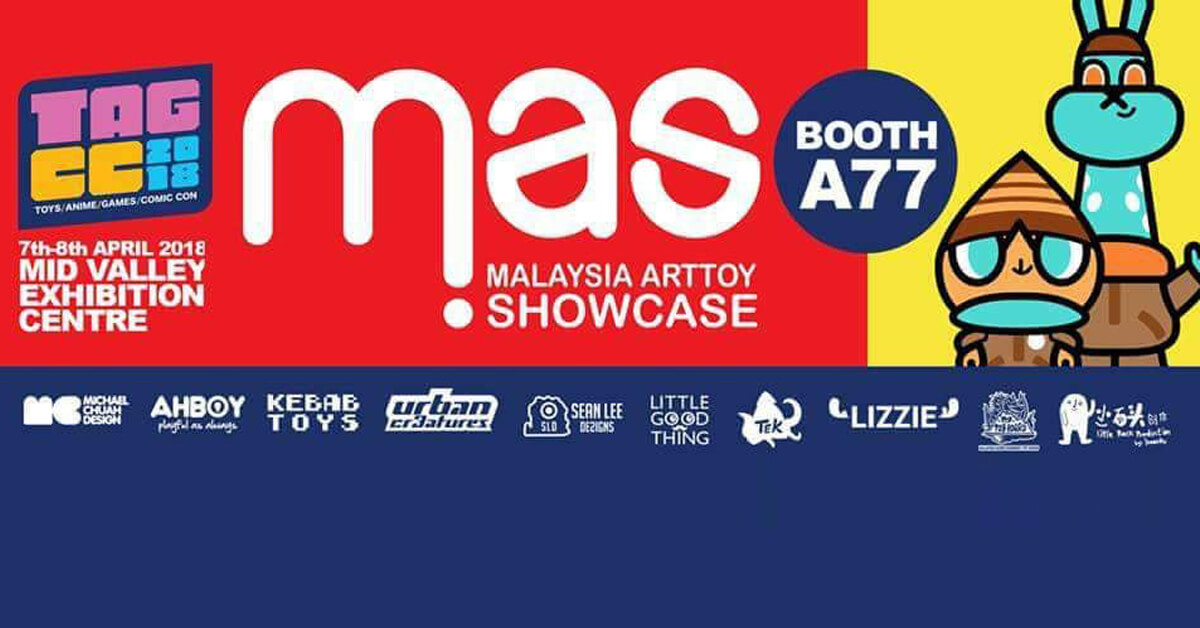 Malaysia stand up! TAGCC (Toys Anime Games Comic Con) 2018 is coming! Exciting time as the local and international artists will be joining in the fun. One of our collective friends MAS will be showcasing all their art toys as well as prints and merchandise. Get your camera ready and the selfie sticks TAGCC will be the place to meet them all. Plus if you are into Cosplay have your jeans on as Cosplay beauties will be fronting their stuff guest cosplayers BaoBao and Pion will be at TAGCC.

TAGCC (Toys Anime Games Comic Con) 2018 is a first of its kind toys, collectables, anime, comic, games and cosplay show in Malaysia which is co-organized by Comic Fiesta, one of South East Asia leading comic conventions.

In the toys and collectables department, apart from brands such as MightyJaxx, Hot Toys, Prime 1 Studio and XM Studios, this convention will also feature ART & DESIGNER TOYS by several of our talented Malaysian Toy Artists under the umbrella of “MALAYSIA ARTTOY SHOWCASE” (MAS).