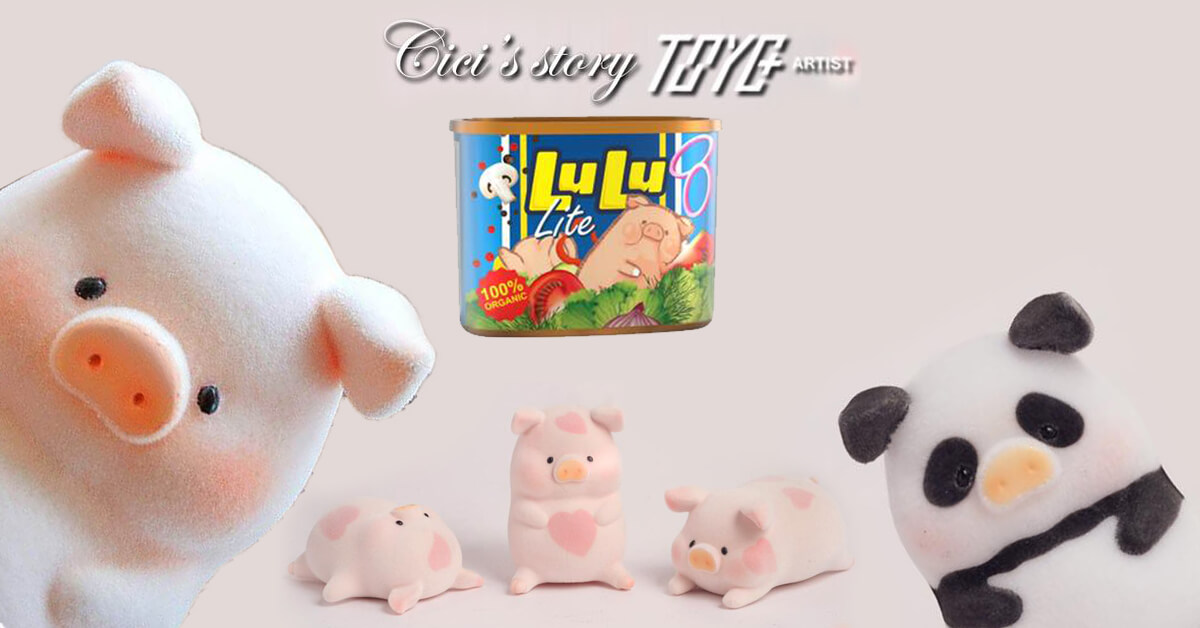 Over the past few weeks, Cici’s Story “LuLu The Piggy Can Vinyl editions” have been taking space in your hearts as the debut comes closer. TODAY ToyZero Plus revealed Heart version and STS 2019 exclusive PANDA PIG!

3 Piglet styles include:
1 ️ Panda Piggy one (sts cans limited)
2 ️ Flat-headed piggy one (limited in canned)
The last model of 3 ️ is randomly shipping, with a chance to draw the following:
– love piggy one  (hidden version) / or
– Original Color Piggy one  (ordinary version)
–  is 2:8
.

2 ️ “Canned Pig Lulu” Canned Version, will be on sale at STS venue for daily quota, while stock last.

Referencing to the original design by Cici’s Story, TOY0+ had further developed and created a variety of cutest, lazy styles of LuLu Piggies. Made by soft-vinyl (Sofubi) with velvet
texture perfectly interpreted the cutest outlook of LuLu Piggies; In addition, TOY0+ has specially produce aluminium cans only for LuLu Piggies and we hope that fans can get 100% restored version from the “LuLu The Piggy Can”!

for collectors who can’t make it to STS, normal editions athttps://strangecattoys.com/Use code StrangeTTC for 5% off everything except customs.