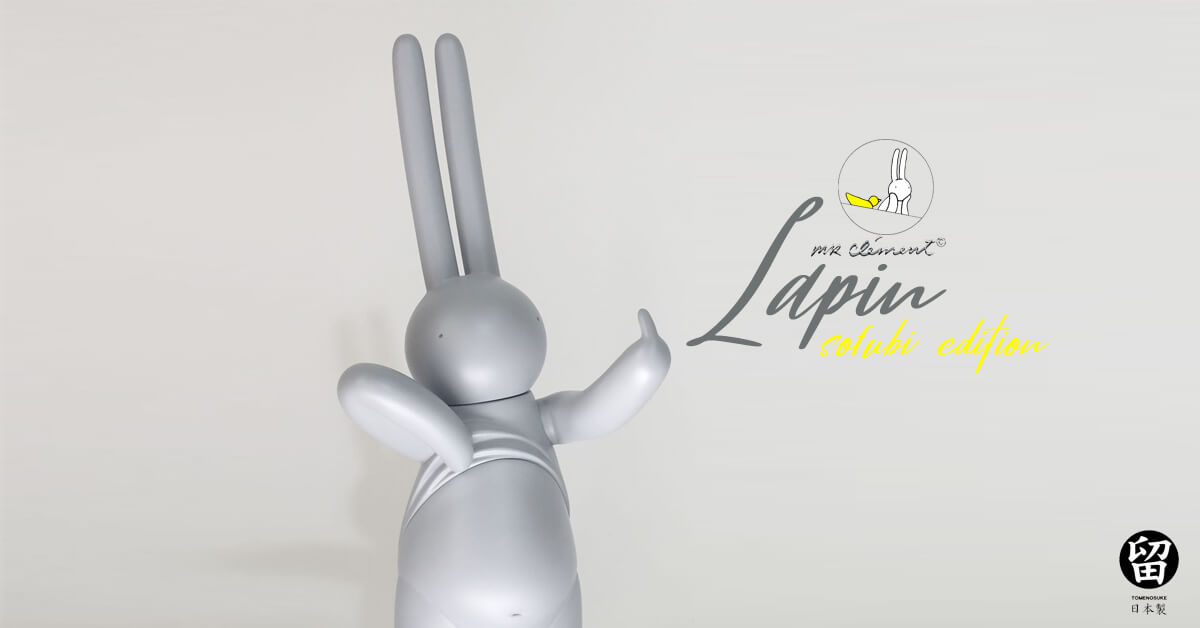 It’s happening! It has been a while since an update of the Lapin sofubi sculpture by Mr Clement powered by Tomenosuke. Yesterday, Tomenosuke updated everyone on the ongoing project to bring Mr Clement’s Lapin in the form of sofubi via Tomenosuke blog. The project began last year and moving from the master wax model, and a prototype has been pulled, signalling a release should be around the corner. Judging from the photos, it’s going to be a Lapin like we’ve never seen before, Ha.

It was in June this year that I took mr clement, who had just arrived in Japan, to the factory to show him where sofubi toys are made, while also discussing the possibility of made-in-Japan figures produced by Tomenosuke. I found a mischievous and slightly aggressive rabbit in clement’s sketches. Somewhat different to the usual naive and low-key clement style, the rabbit would be perfect for Tomenosuke, so I approached him about wanting to create a sofubi out of it. He agreed to the idea readily, and to start on modelling a prototype. Since then, the prototype has been revised several times based on my comments in response to the images that get sent frequently. Last week, we got Yohei (the person on the right of the top image) from mirock-toy to also come along to a meeting to seek out the realistic advice of a sofubi specialist. We look likely to continue modifying the prototype for a while.

Its definitely going to be interesting to see the full revel, especially the lower part of Lapin, HA.