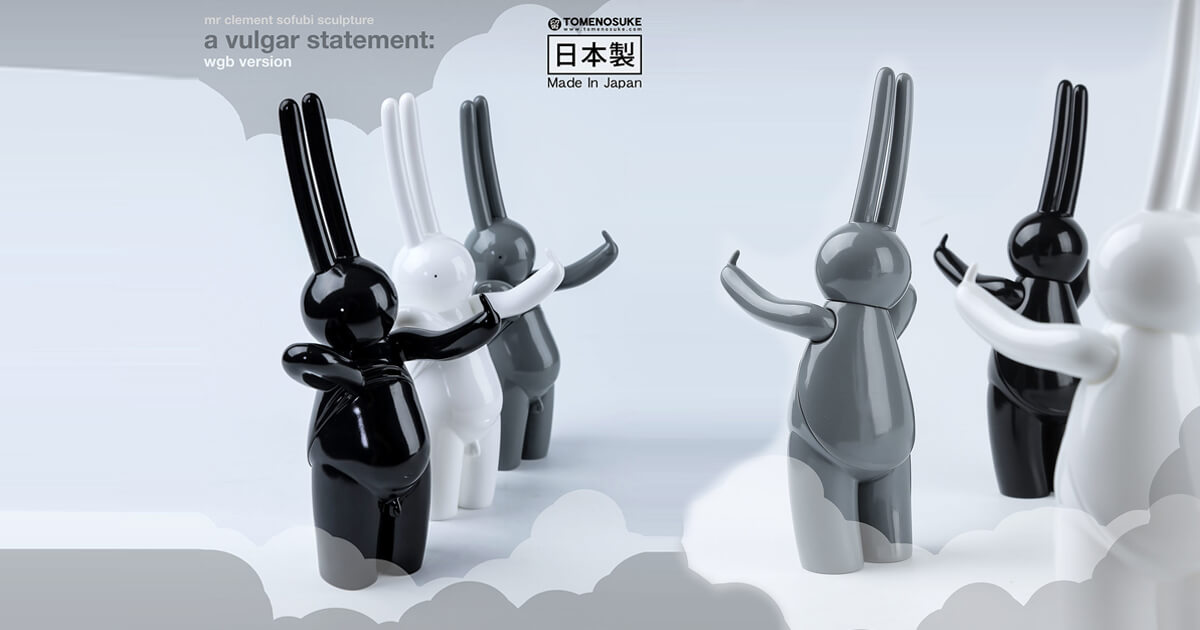 Tomenosuke updated everyone on the ongoing project to bring Mr Clement’s Lapin in the form of sofubi via Tomenosuke blog. The project began last year and moving from the master wax model, and a prototype has been pulled, signalling a release should be around the corner. Today Mr Clement x Tomenosuke has formally announced the Lapin A vulgar Statement Sofubi WBG Edition  Now for fans who couldn’t make it to the convention, the online allocation has been confirmed and scheduled for this weekend!

designed and sculpted by mr clement