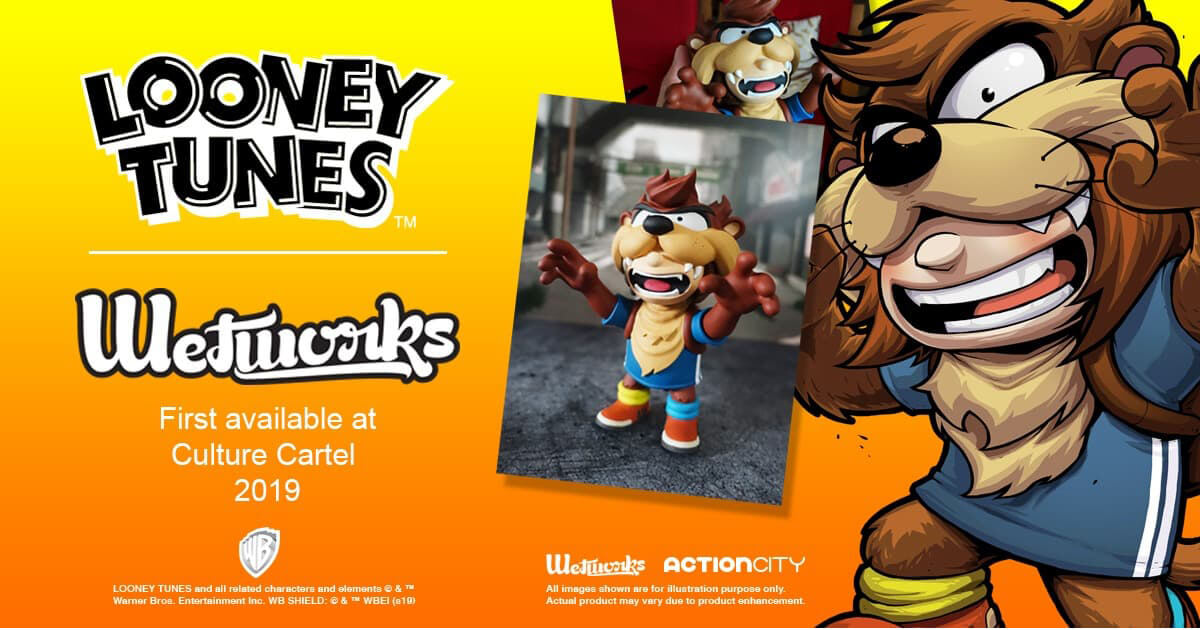 TAZ is that you?! Carlo Cacho aka Wetworks has landed an officially licenced production with Warner Bros x Action City! Carlo’s “Foxy” has got a new outfit and it’s in the theme of Looney Tunes “TAZ”. Spinning its way to Culture Cartel as TAZ Foxy is set to make its debut. Huge congratulations to Carlo with a licenced production under his belt. Lets how TAZ Foxy doesn’t spit like TAZ, HA.

Available only at Action City Booth D06/D07 this weekend at Culture Cartel, Carlo will be there all 3 days of the event signing stuff and taking selfies with his fans. Who can’t resist a selfie with Philippines Bruno Mars.

The existence of Singapore’s beloved icon is endangered. With only 7 ever recorded in the wild, terrible news as the 1 in Sentosa will be put down. In the spirit of daddy Merlion, we present to you this year’s #CultureCartel2019 that will be happening in Singapore, 6-8 December.

Stay tuned for any news on an international release!