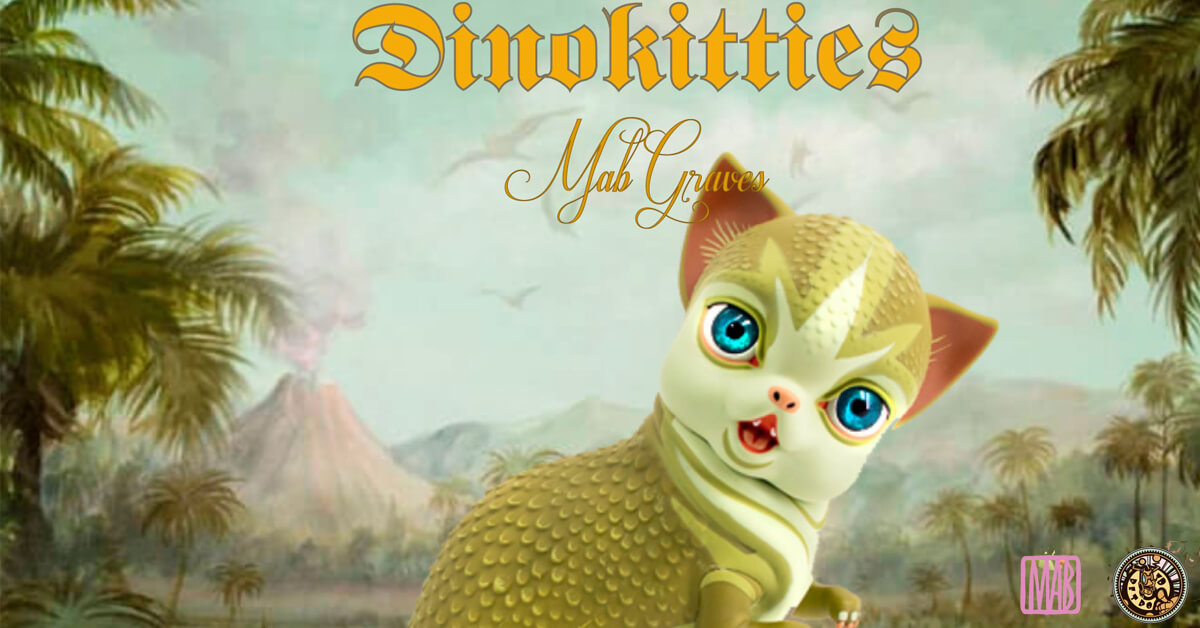 THE WAIT IS OVER! Like we said previously, Kitty-Rex has come to life! Mab Graves has been working with 3DRetro on the creation of a vinyl Dinokitty for almost a year. 2018 DesignerCon the incredible Dinokitty made its debut at the 3DRetro booth. A handful of lucky people were able to adopt this Dinokitty. Kitty Rex of DinoKitties by Mab Graves Original edition will be made available this weekend!

The Beast Brothers are responsible for the sculpt of this vinyl toy. It is fun to see the evolution of Dinokitty. From needle felt sculpture, paintings, enamel pins, 3D pictures into a vinyl toy.

Kitty Rex of DinoKitties by Mab Graves Original Edition edition of 200. Priced at $80 each in store release with Signing from Noon to 3pm at 3D Retro Glendale Store Online 4pm ( if any left after the event ) 3dretro.com/