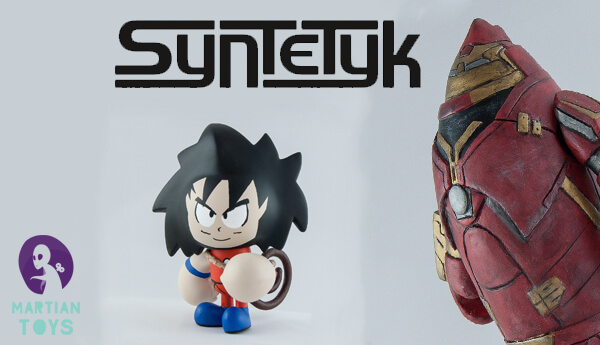 WIP collectives Syntetyk duo, has been busy preparing two customs for New York Comic Con 2015. Syntetyk customs will be making a debut over at Martian Toys booth as well as entering the Custom Spiki attacks show, you can read about it HERE.

– Spiki custom is based on DragonBall character Son Goku. Basically painted with spray, acrylic and added a little stick and a piece of rope to make the quiver. Everything was varnished for finishing.

– GAS02 from vinyl_escape custom is based on Iron Man HulkBuster armour, damaged after the battle. The armour is modeled over vinyl using Super Sculpey layer after layer. I needed to make some extension on legs. Then painted with acrylics and mate varnished.
[slider source=”media: 31778,31779,31780,31781,31782″ width=”1100″ height=”1100″ title=”no”]
Syntetyk have done a great job using the two platforms, customising them into well known characters. The Goku has stuck to his true roots with the paintwork and the Hulkbuster shows the sculpting skills which has vastly improved over the years of customising.
These both will look good at Martian Toys booth #203 and stand proud with the others. 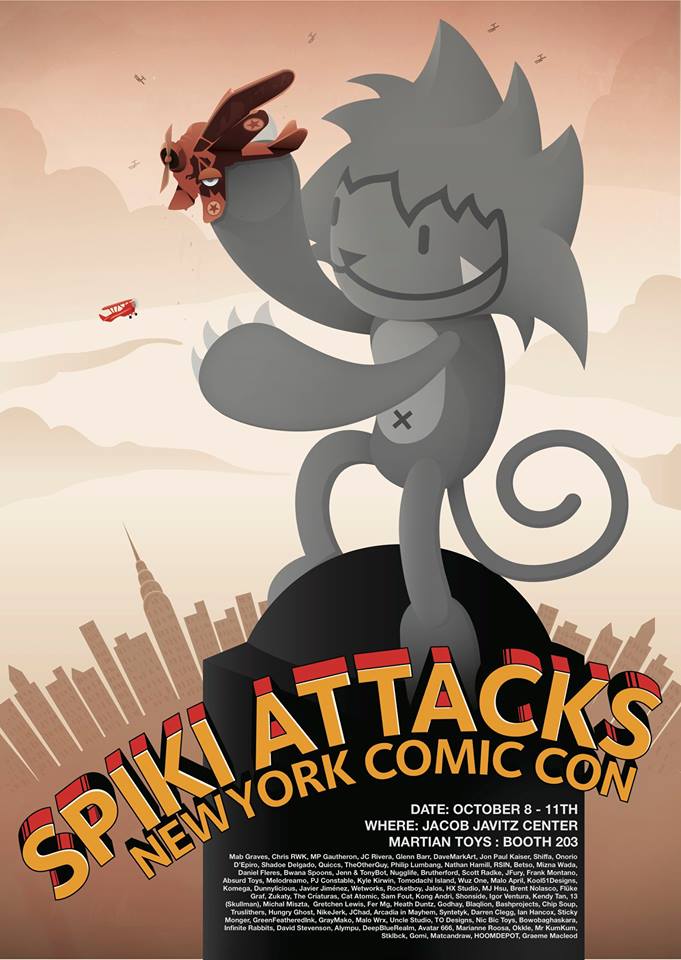 For now get your designer toy fix at http://martiantoys.com/
The creators Syntetyk & Jose M. Cuñat and Victor M. Mezquida want to share their experience and their way of working, and share it as a guide for anyone’s creative process, beginner or expert, who want to take their projects to the end successfully. Offer a real formula to reach the greatest number of people, to encourage them to start and grow their projects, having the certainty of not abandon them when the problems begin.

You can check out the past post HERE which includes all huge range of artist involved, along with details of the past exhibition and premier of the  documentary.