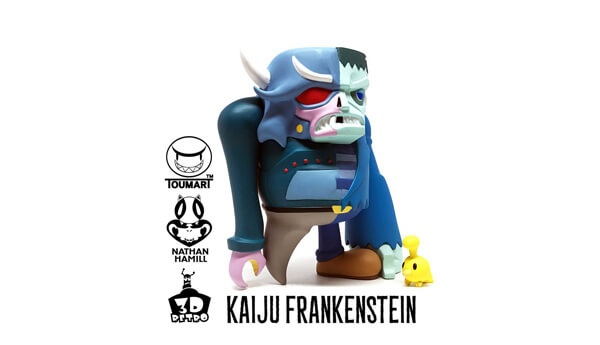 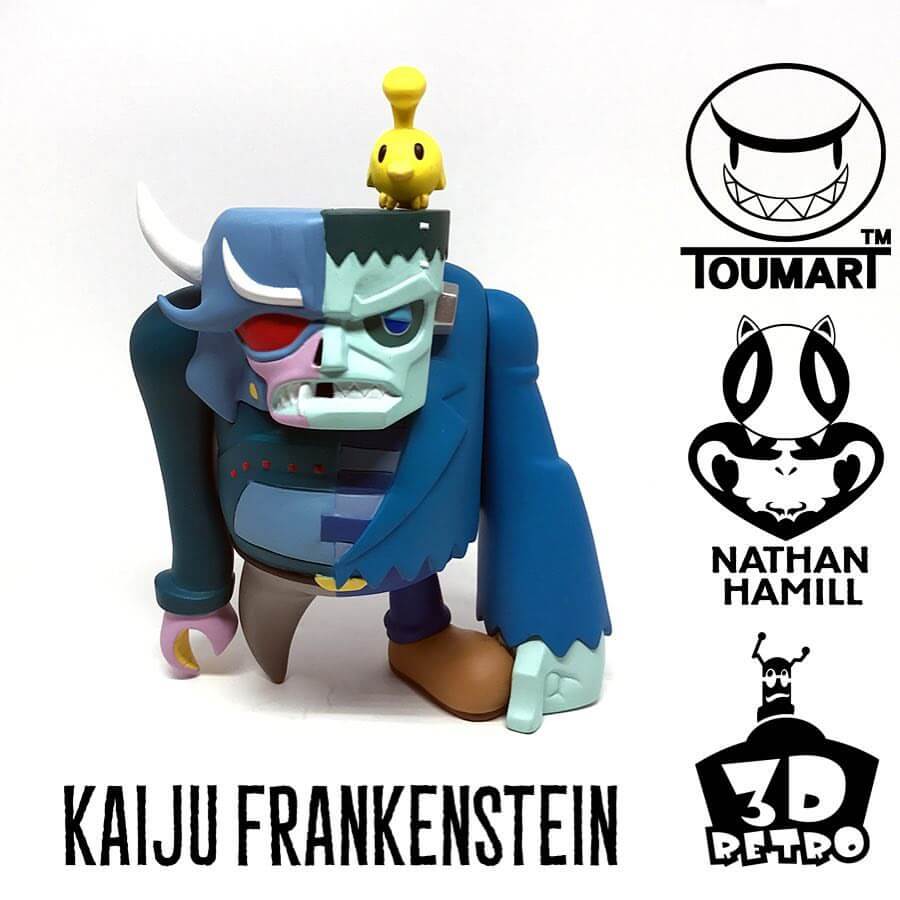 **UPDATE**
Kaiju Frankenstein is now available to purchase directly from 3DRetro, HERE. Priced at $49.99/£41. Standing at 5inches tall. Touma and Nathan signed a handful of these too so get ’em while you can! 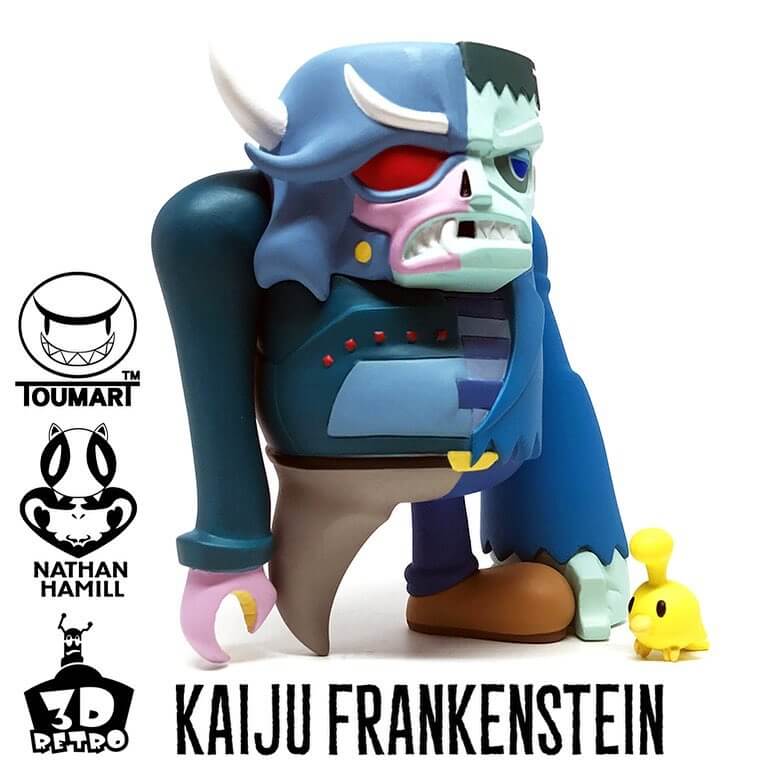 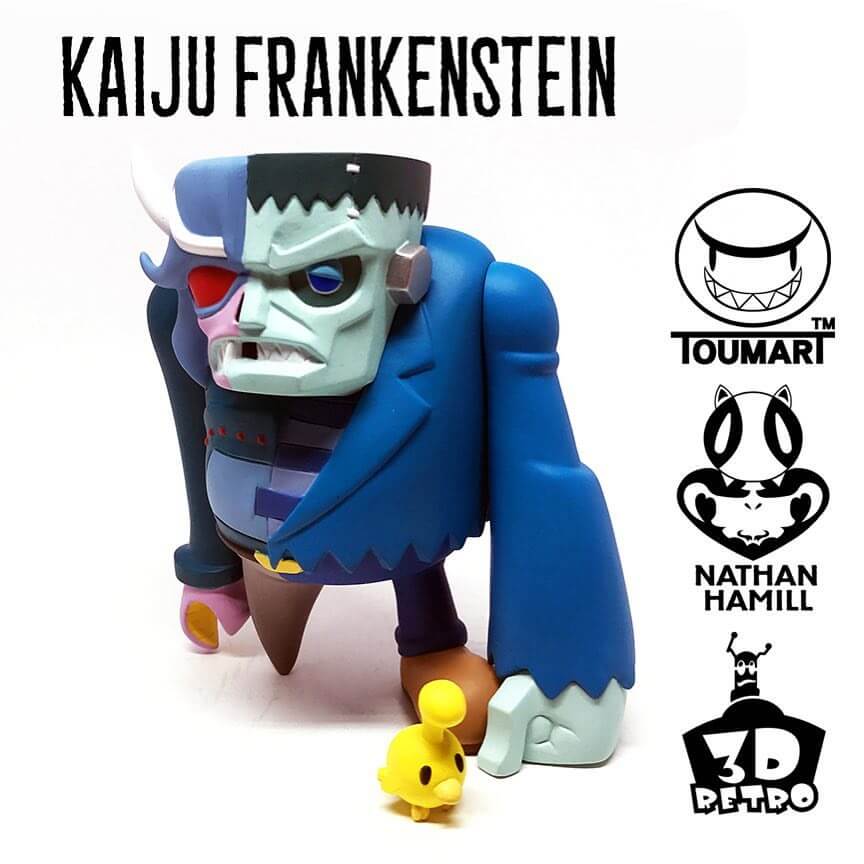 If you’re lucky to be at TTF find Touma Trooper Creative Order Booth (A91 & A92 & A93) and you will be one of the first collectors to own Kaiju Frankenstein and a host of other cool art toys. 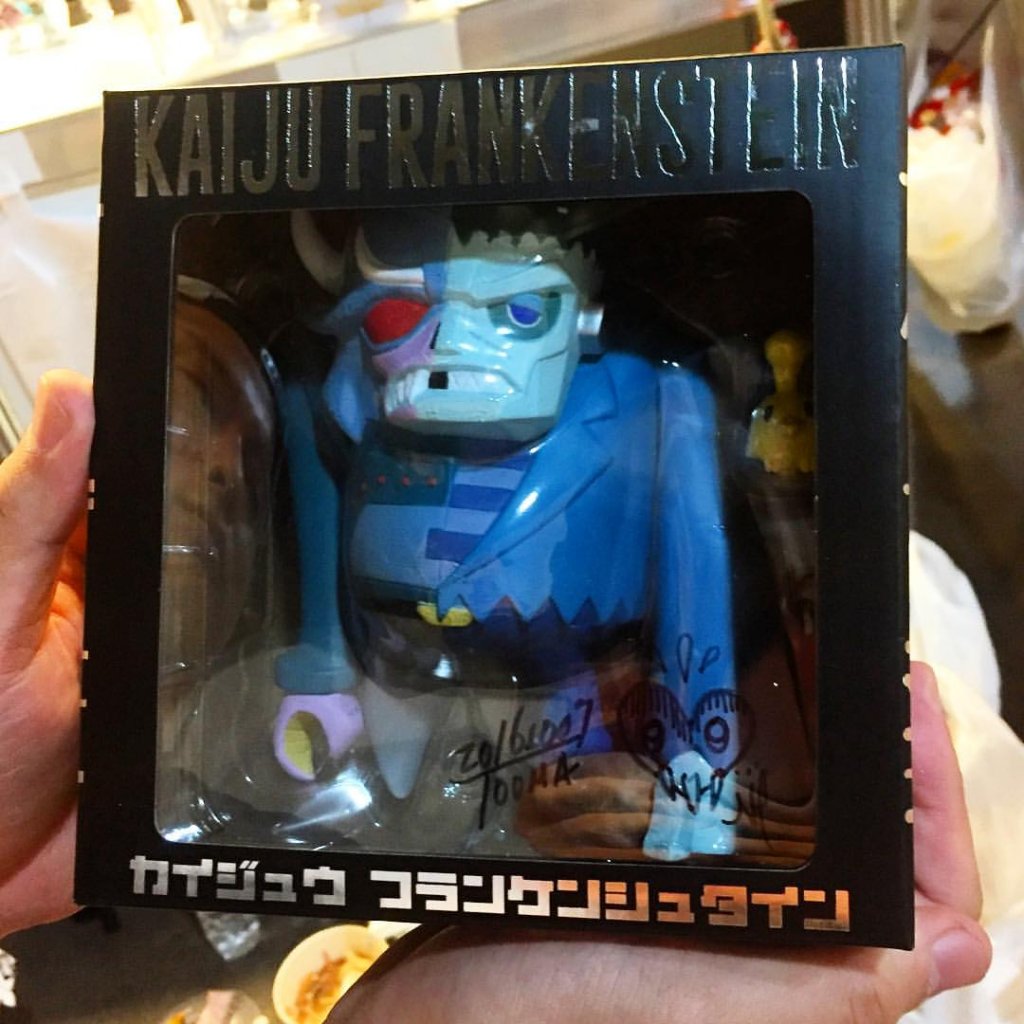 Release Party for the West at 3DRetro Saturday, October 22 at 6 PM – 11 PM in PDT Touma will be flying all the way from Japan to join Nathan and 3DRetro for the release and signing!