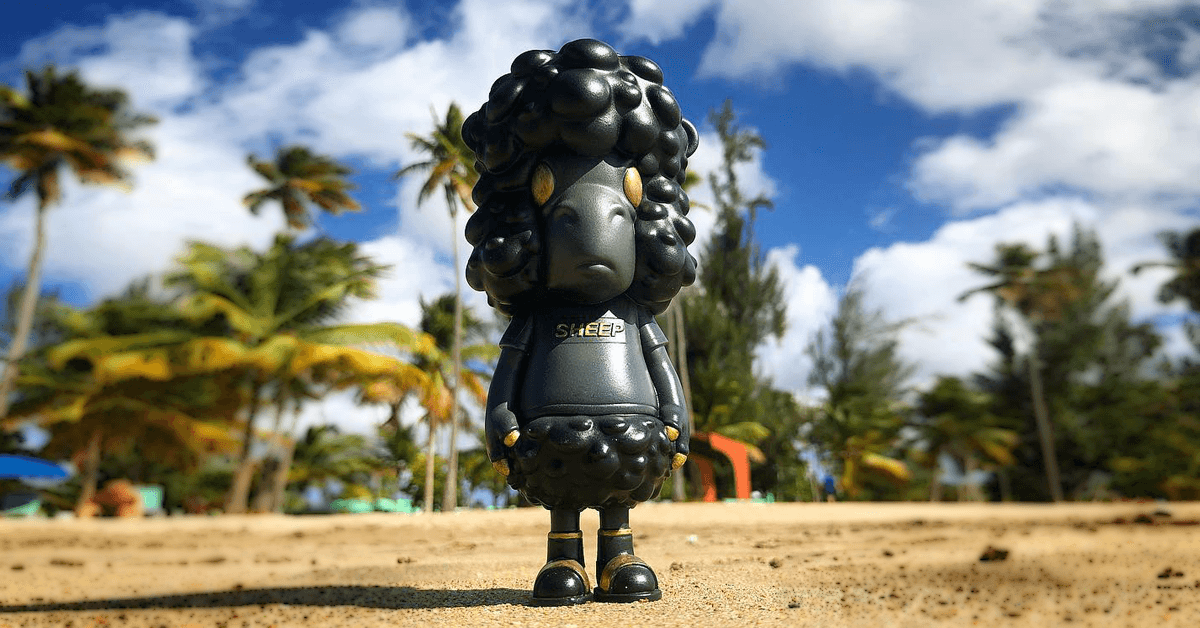 For all the HypeSheep fans amongst us, 5thturtle is about to drop his Black Out HypeSheep this evening (well, in the next few moments). This new character is being released with more expected at DesignerCon in November, so if you’re looking to get in on the HypeSheep early now is your chance before the DCon crowd get involved later this year.

Available as a bundle featuring the OG HypeSheep standing at 6inches tall, along with a HypeSheep Mini (which will only be available via the bundle on offer). The HypeSheep Black Out bundle also includes a black & gold screen printed HypeSheep Shirt too. For a price of $100 (£83) + shipping. The HypeSheep Black Out Bundle is limited to 10. These can be purchased at 6pm EST (11pm BST) on the 5thturtle store HERE.