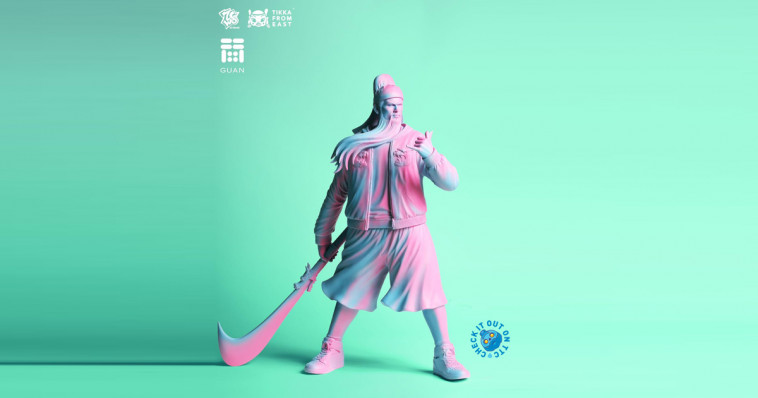 For those who missed out on the OG edition, this Vaporwave version should tickle your inner hypebeast as Tik Ka From East x ZCWO presents to you 關 Guan Vaporwave version! Like we said previously. Tik Ka has rewritten the history books once again Last year we saw the debut of the Trend Series with the 關 Guan Plaster Edition 潮流 powered by the folks at ZCWO which was the first creation from the new series《潮流 Trend》Guan Yu was destined to wear souvenir jacket and sneakers, HA. From ancient to the present, humanity, virtue and sentiment will last forever regardless of the historical or the present time. 《關 Guan》Vinyl Figure restores the appearance of the works with a fine sculptural quality. Judging from the photos, ZCWO has done a great job of interpreting Tik Ka’s signature style into vinyl art collectable. Who would have thought Guan Yu could turn from Han dynasty military general into a hypebeast? Tik Ka did, HA. Look at all the homages to brands and hypebeast styling! Will all the little hypebeasts bow down and worship him? all we know is Guan Vaporwave version made its debut at kkplus in Vaporwave over the weekend and today will be your chance to own one too! We are loving the contrasting neon pulling all the fine details on Guan too. Our new centrepiece for the HQ?

Hong Kong artist Tik Ka From East collaborated with toys and collectables store ZCWO to present a sculpture of Guan in 2020. Playing with the concept of traditional meets contemporary, the plaster coated Guan who wears a souvenir jacket and sports shoes, with the knight engraved with “green dragon and crescent blade”, received acclaimed responses.

The Guan Vaporwave Version is launched to cope with the thematic exhibition of KKplus. Limited edition released worldwide. 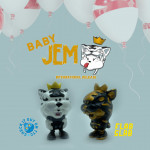 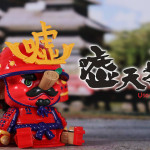