Riding on the hugely successful release of the OG KENDA-MAN, Emilio Subirá is back with limited edition of kenda-man in a new combination of colours: Graphite colour stick, bight golden rope and peach colour head. The head painted in this new limited edition colour really makes a difference compared to the OG version you can see HERE, this version makes it more realistic as the face is concerned which makes it a tad more creepy, but in a good way. better version? I personally think so.

“Kendama (??? , also written as ?? and ??) is a traditional Japanese toy. The ken has three cups and a spike which fits into the hole in the ball. Basic kendama tricks consist of catching the ball in the cups and on the spike. More advanced tricks such as the airplane require you to hold the ball and land the spike in the hole on the ball.” -wikipedia.org 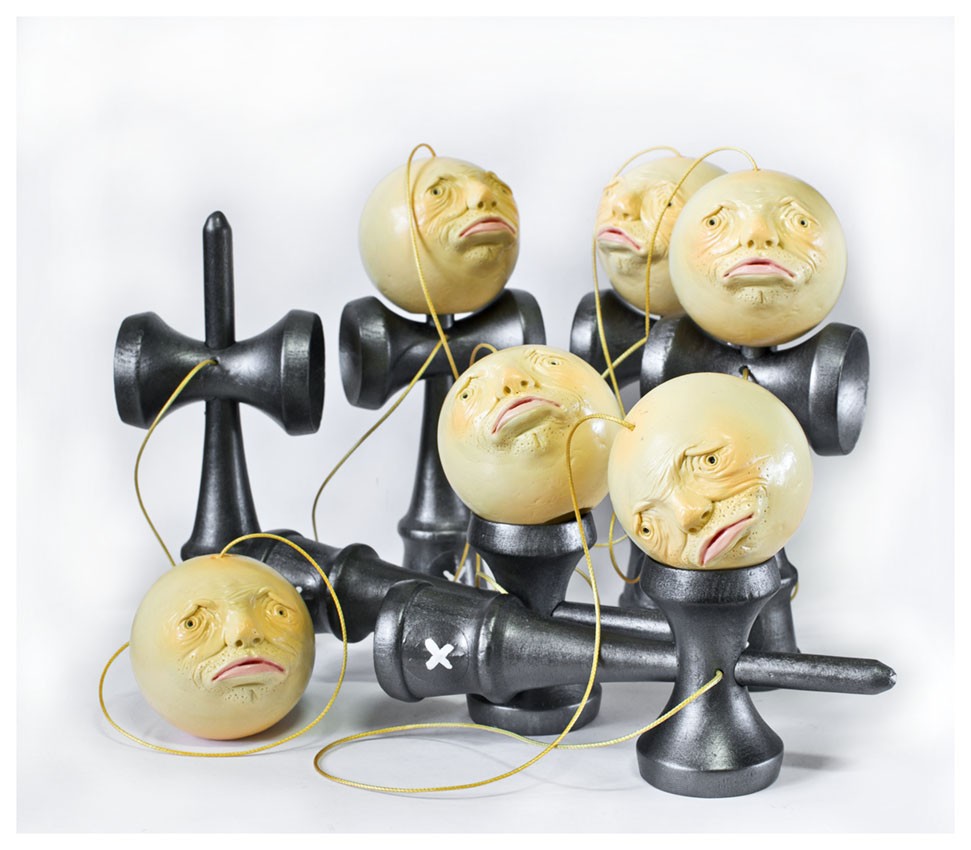 So here’s the bad news, this is limited edition of 6. We hope Emilio continues to make custom Kendama as he’s proved there is a big demand for them.

Each Piece is 17cm tall, signed and numbered and now available at http://emiliosubira.storenvy.com/ for the price of $89, around £56.