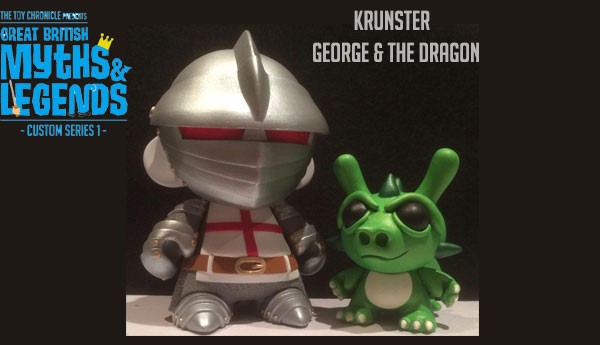 Krunster battled Toycon unscathed her George & The Dragon is safely back in The Toy Chronicle headquarters but needs a new home. George & The Dragon was part of our GREAT BRITISH MYTHS & LEGENDS series. Krunster using a Kidrobot Munny & Dunny as a base created George & The Dragon and what clean cut custom I must say! George coat of armour is exceptional like the different texture of the chainmail undercoat on the armour. Two customs for the price of one… BARGIN

Saint George travelled to Libya. When he arrived there he found it had a large pond, almost as big as a lake, where a ferocious dragon lived. The dragon was terrorising the country and, every day, the people had been feeding the dragon a sheep to appease it. When the sheep had all gone, the dragon had demanded that the people sacrifice a young maiden to him each day. Saint George found that all the young girls had now been killed and only the King of Egypt’s daughter was left. Unless a knight could be found to slay the dragon, the princess would be sacrificed the next day. The King of Egypt had promised his daughter’s hand in marriage to the knight who could overcome the terrible dragon. George found & killed the dragon. Got the woman. Boom. 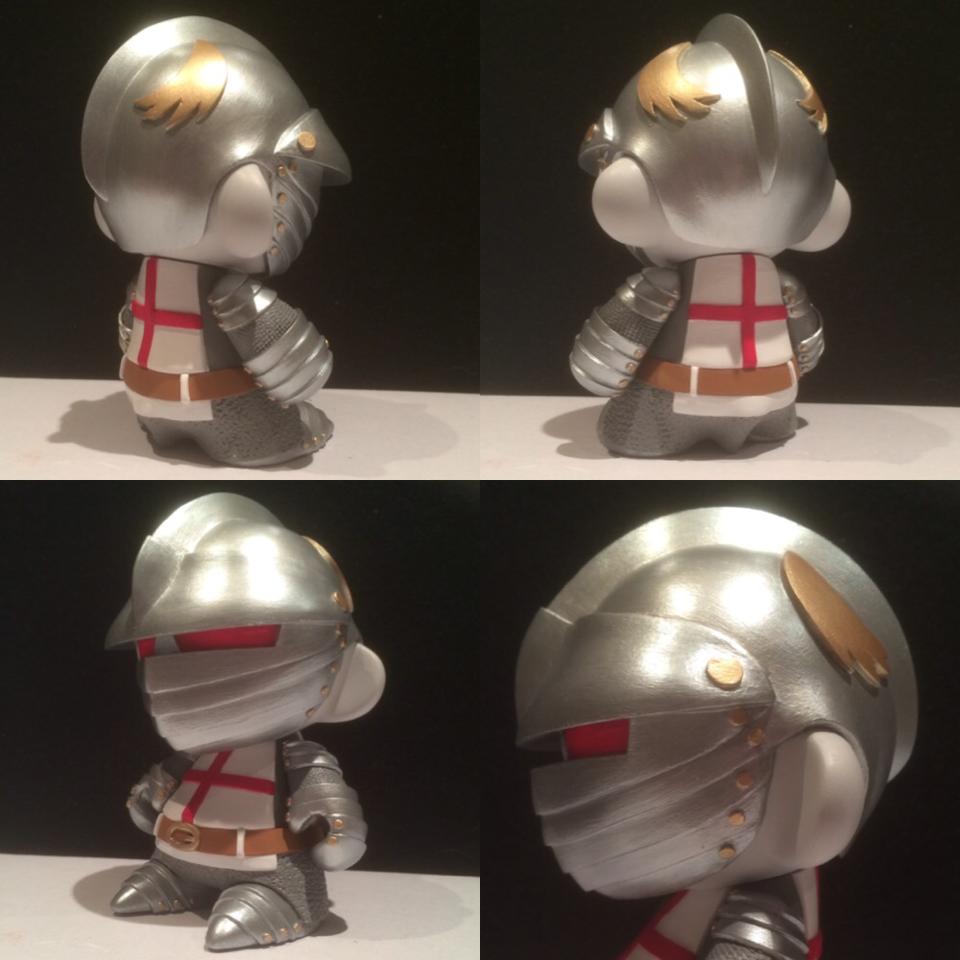 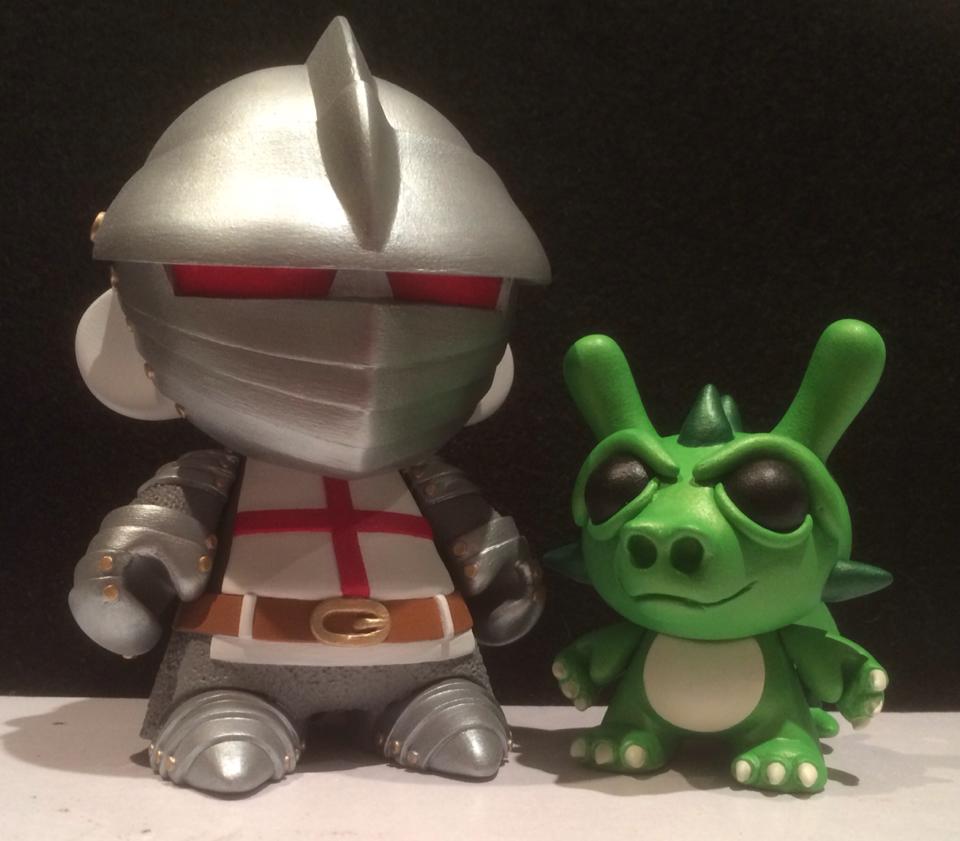 George & The Dragon is Available to buy over at The Toy Chronicle Shop you can find HERE http://thetoychronicle.bigcartel.com/ 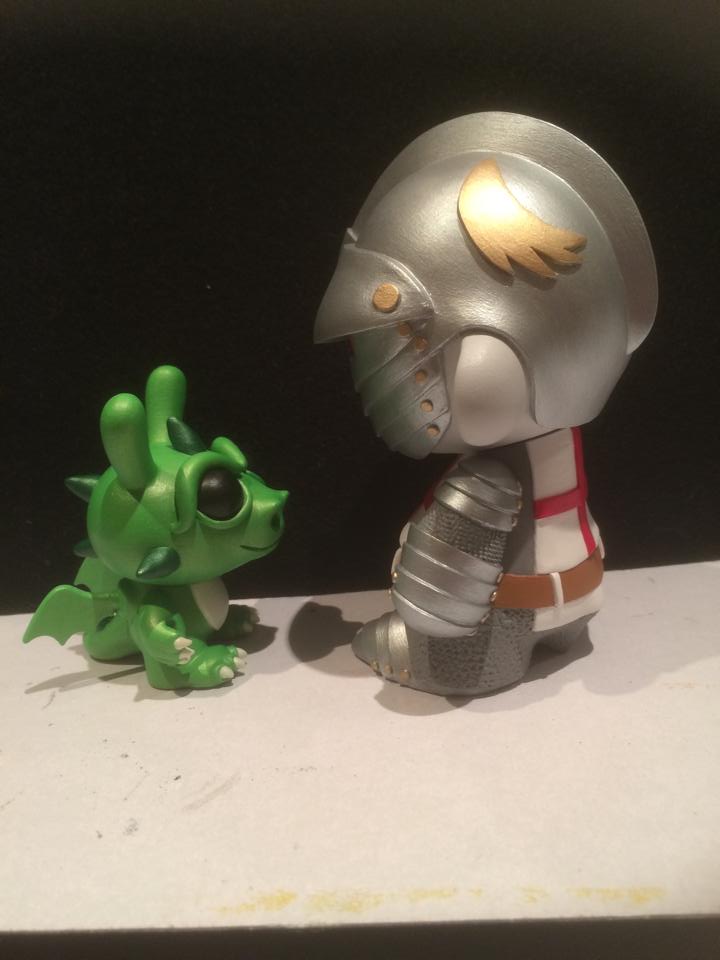 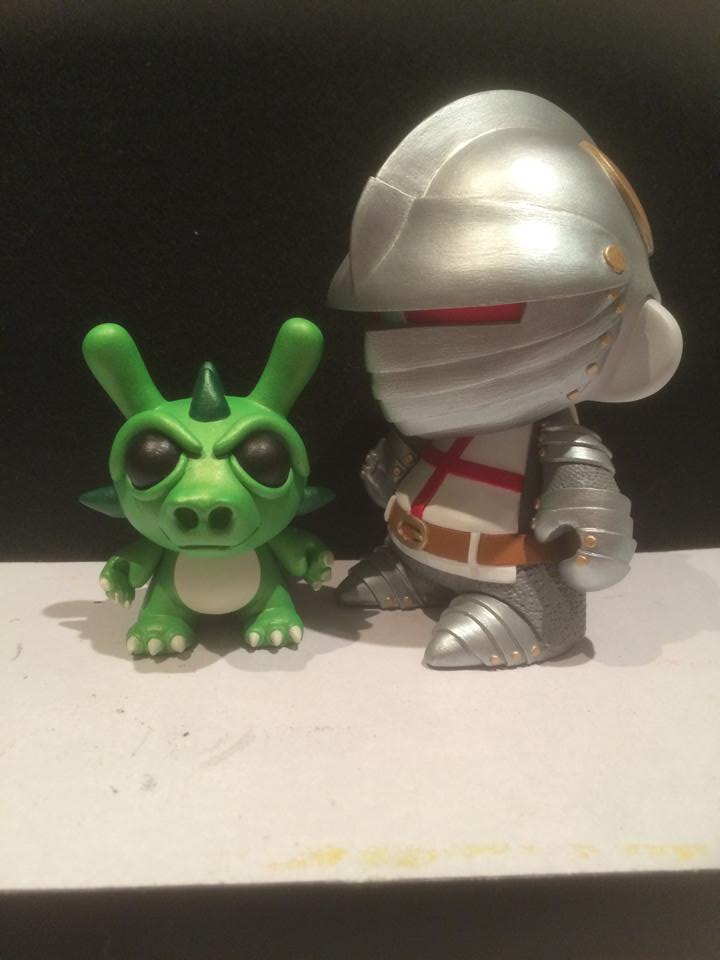 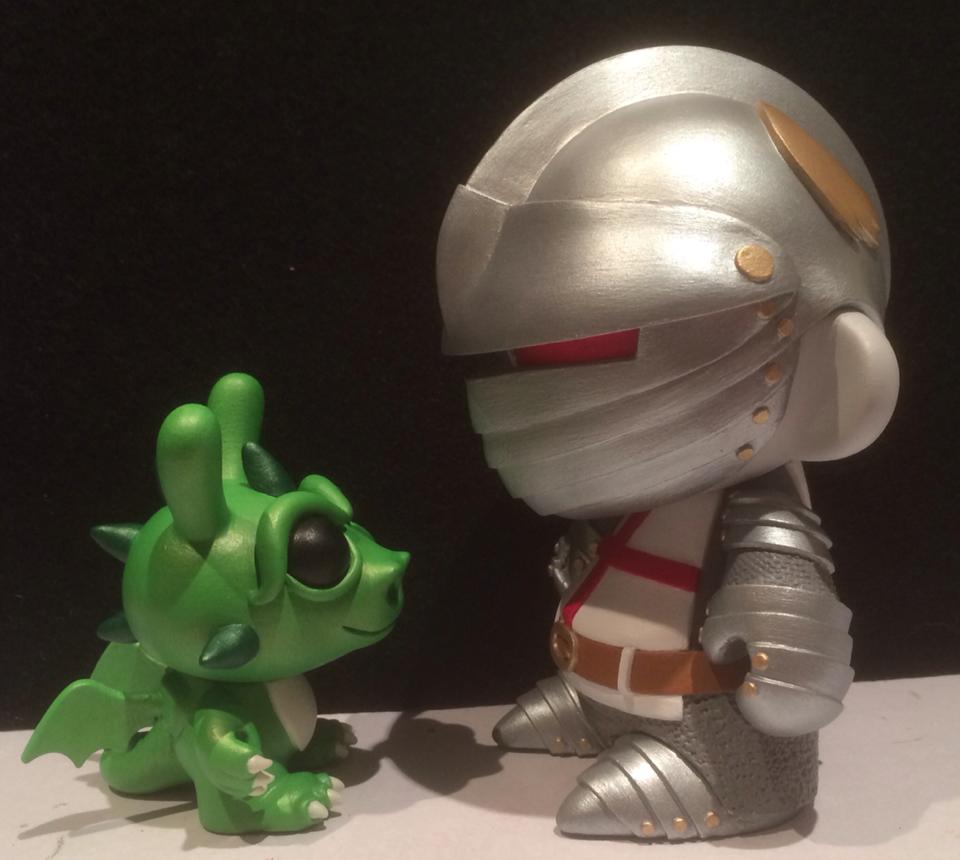 Heres a little behind the scenes of the craftsmanship. 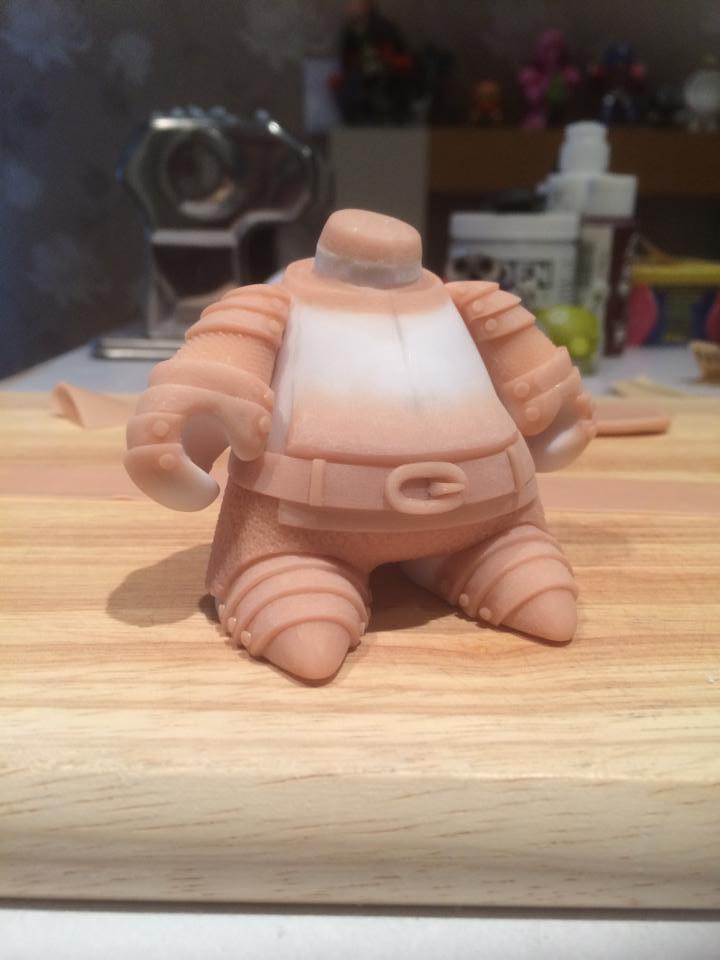 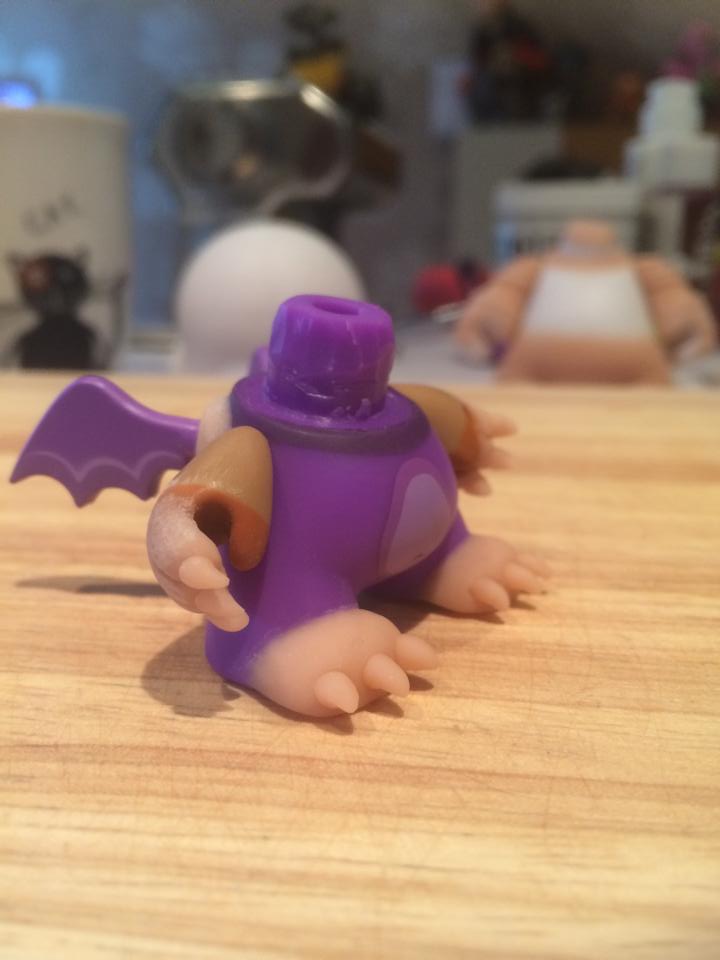 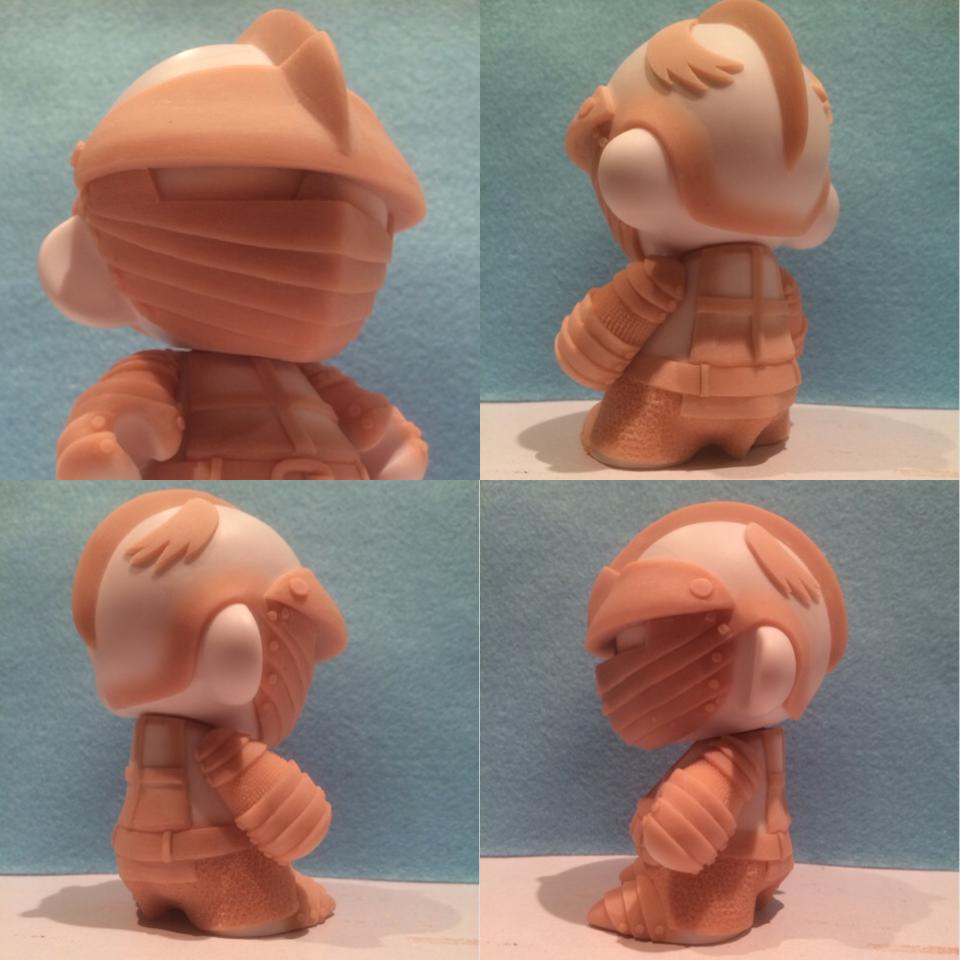 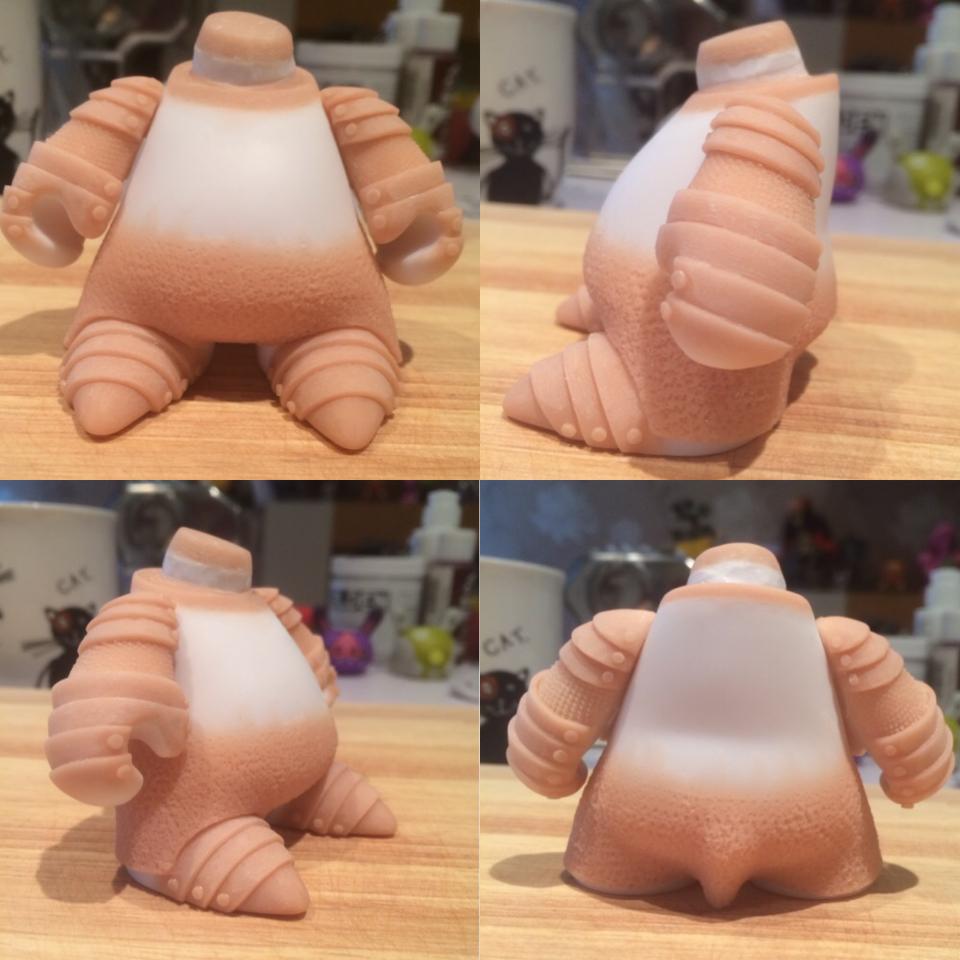 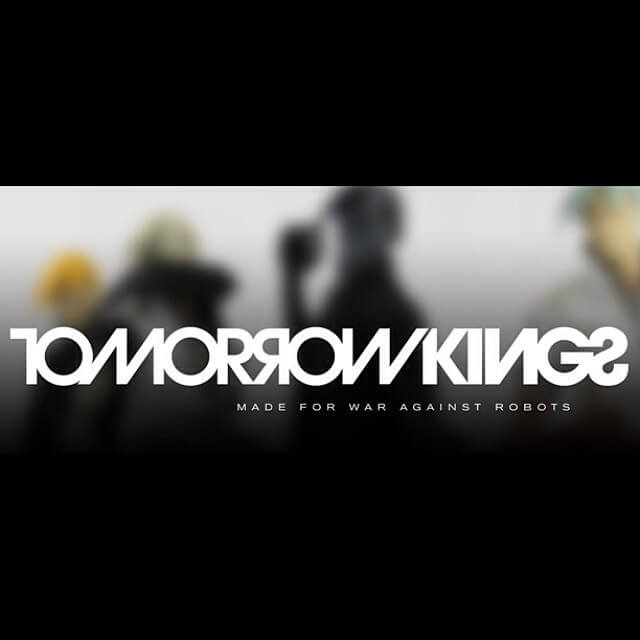