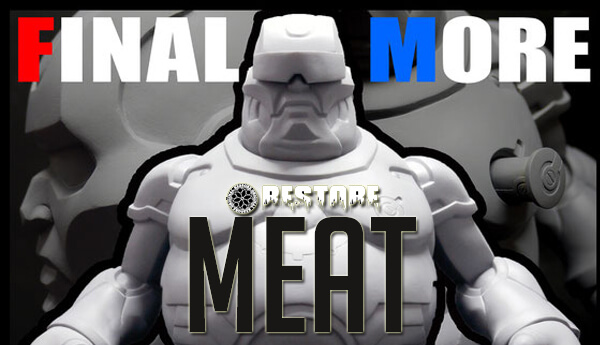 RESTORE is kicking off 2017 with something F-ing HUGE. Meet FINAL MORE MEAT! RESTORE really knows how to catch our attention as this morning they released a little info on the first announcement of this year’s prototype of new works! Final More Meat will join the RESTORE roster Neo Japan SFB?Iron Meat SFB?Fog?Darts. Ddoes FINAL MORE MEAT have a hint of Krang from TMNT on steroids?

We began to develop robots in confidence.

Development has spanned several years, and budget of several trillion yen was poured.

A robot developed at the time with the highest technology punched the earth in the experiment test,

Since cracks on the earth entered, laws regulating the use of confidentiality were made,

To the extent of the destructive power comparable to nuclear bombs, developers were excited about the science of new science though they were afraid. 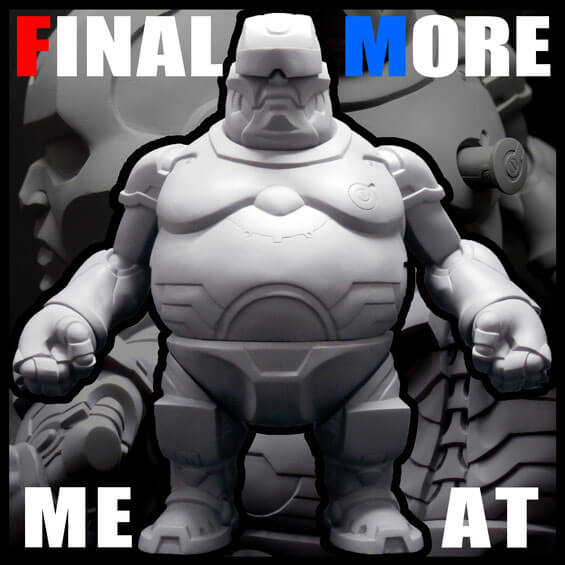 We can’t wait to see the finished version and all painted up. Stay tuned for further updates.