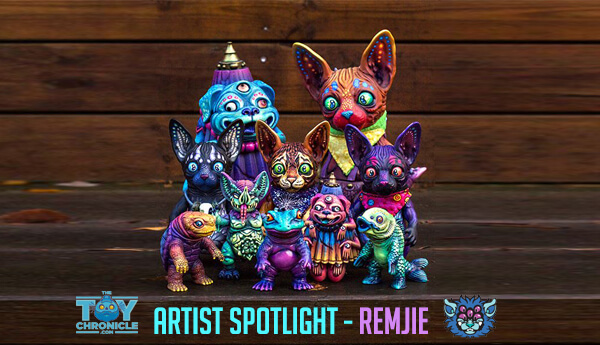 The Toy Chronicle artist spotlight makes a long awaited return for 2017 and shines the spotlight over in Norway to an amazing artist Remjie. We were lucky to have Remjie at ToyCon UK 2016 and got the chance to see her incredible and vibrant creatures and monsters up close and drool over the overall execution which highlighted her distinctive signature style.

Last year she’s exploded into the soft vinyl world by customising for collectors and galleries all over the world. No surprise at all when you’ve seen the level of work and craftsmanship. Blown away is an understatement when we first saw her OOAK monsters, either using mix mediums or not Remjie can tackle anything and any platform in our eyes. Some artist can only do customs but as you can see her own creations and designer are freaking epic too. 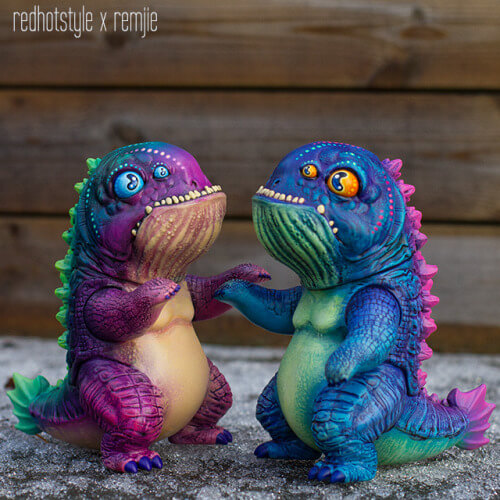 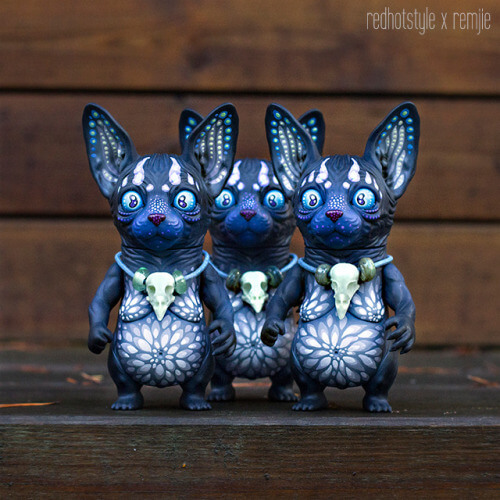 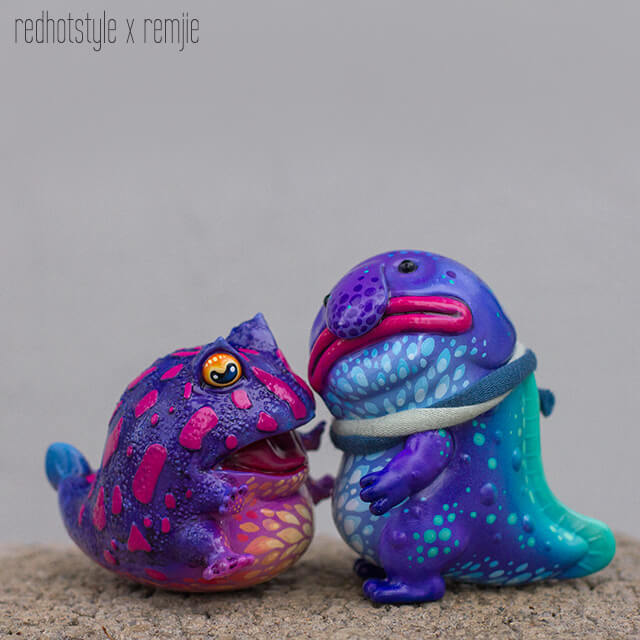 A long list of great collaborations under her belt. 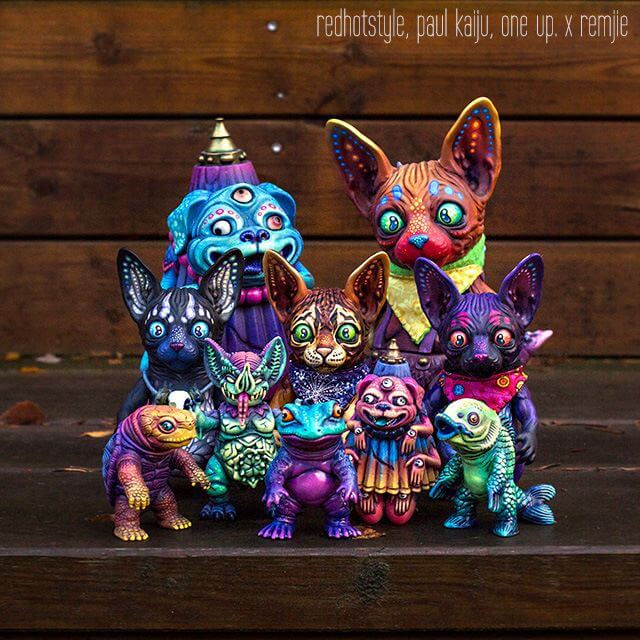 One sculpture that embedded Remjie into our memories will forever be Sun head Kochasri and Seafoam mane Kochasri by Remjie which touches on mythological creatures from Thailand. We love them and we hope you do too. 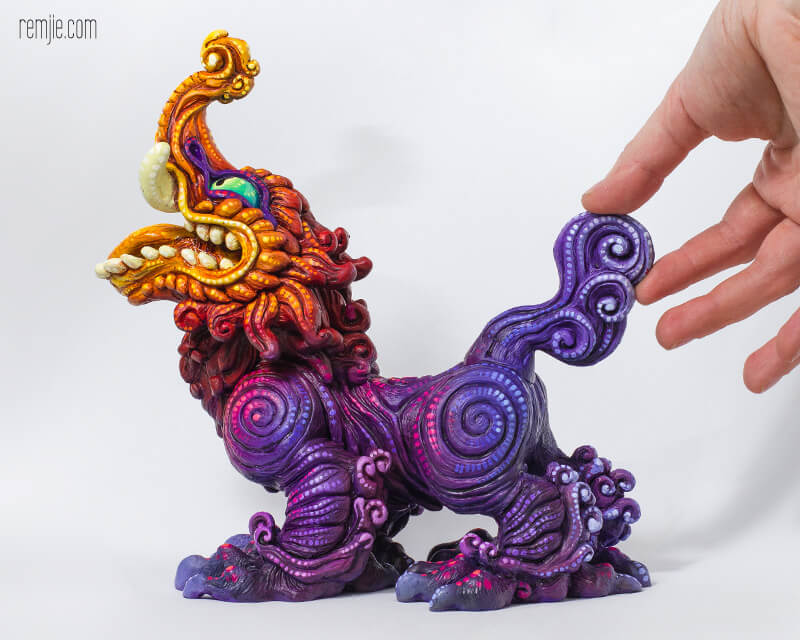 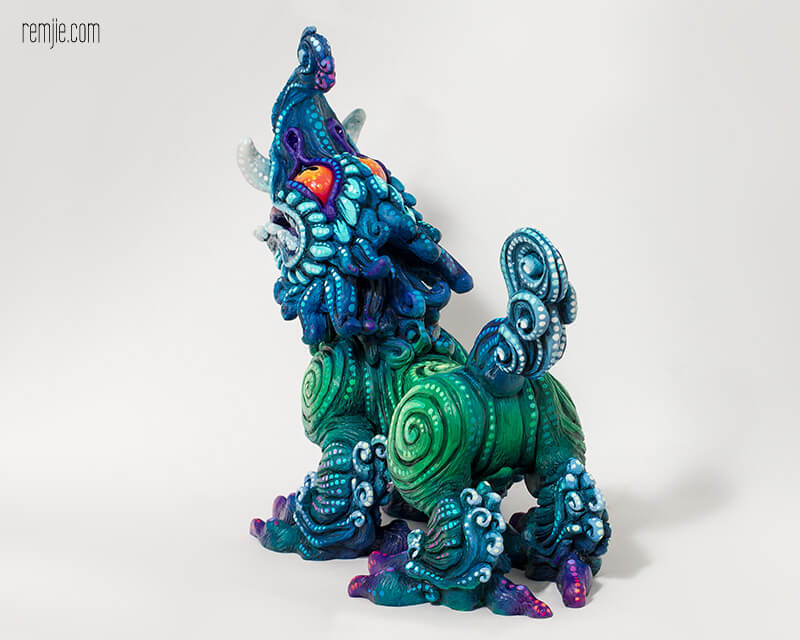 Kochasri are mythological creatures from Thailand that appear as lions with an elephants head, they also possess the power and strength from both animals. Since my trip to Thailand, I have been extremely inspired by their native art and architecture.

Need something HUGE? Remjie has the key! Meet The draugr or draugen, also called “again-walker” 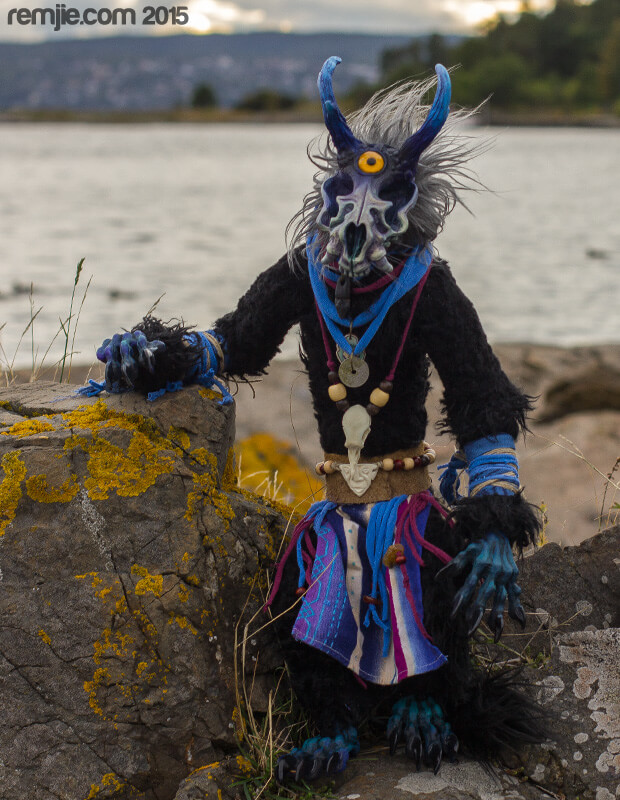 This Magnus the mushroom troll is another example making something from the ground up and using different fabrics and mediums to make one piece stand out.

Remjie has shown the fact she can pull off being versatile with her creativity and this curiosity is another prime example, much darker side to Remjie. 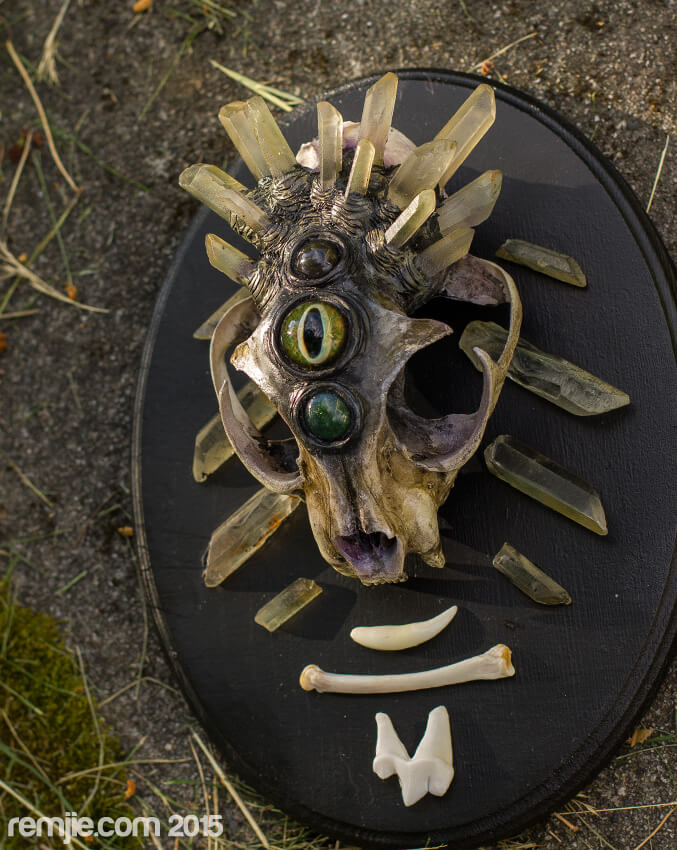 Remjie smaller resin creatures still have the same impact, very unique and distinctive look about them. 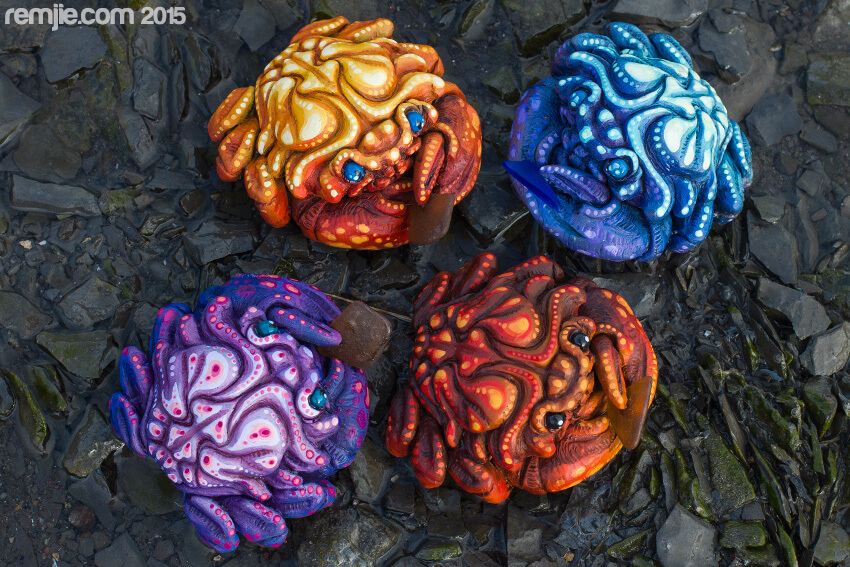 Cute, creepy, mythical sums it up.  Most impressive is her own creativity of her own platforms/creatures. The stance, detail and the colour combinations all work in her favour. Prime example her work for sale doesn’t last long. Lord knows how long her waiting list for commissions right now is but we don’t expect it to have space.

Lets not spoil you too much and leave you all to explore the world of Remjie, promise its worth a look http://remjie.com/

Need a commission from Remjie? send an e-mail tell her The Toy Chronicle sent you 🙂

If you’re looking for a Remjie fix right now, she’s got one Hogada “Alice Caterpillar” edition custom left in store at http://remjie.com/

Let’s hope Remjie will be at ToyCon UK 2017 so we can see more of her work. If you’re in heading to Taipei, her work will be heading to the upcoming RED HOT STYLE- CANADIAN HAIRLESS & KILIN CUSTOM SHOW at Wrong gallery Taipei ??????? read about it HERE.

Places you can find Remjie on