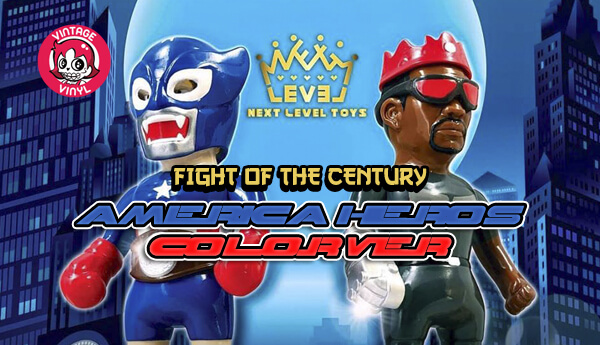 Next Level Toys  ‘Fight Of the Century’ wrestler soft vinyl figures are ready for another round! A special pre-order by Vintage & Vinyl Club! These are the ‘America Heros’; 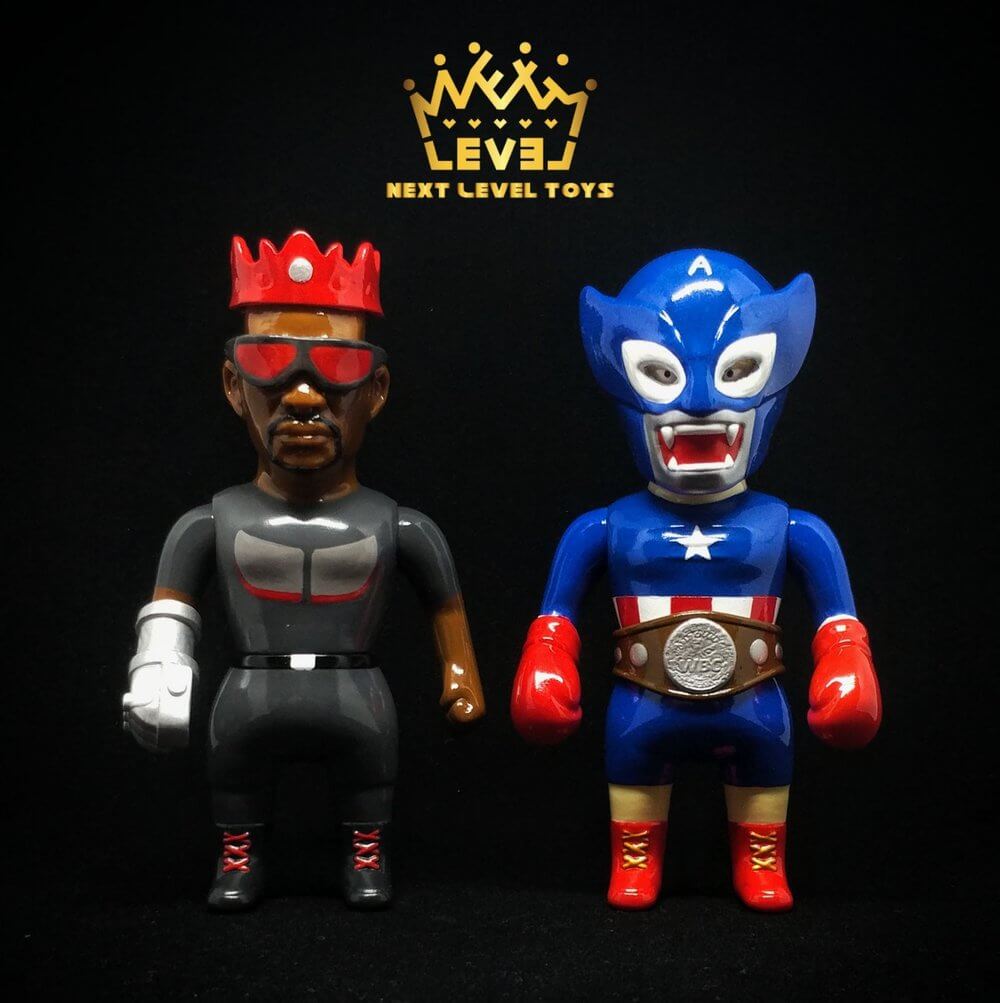 Aegis and Destroyer get the Marvel’s Captain America and Falcon treatment, and we have to say they look great!

Next Level Toys is a new designer toy brand established in HK in 2017. It aims to create outstanding toy collectables under a brand new frame, so as to bring a new playable concept to the toy collectors.
This product is called The Great Martial Artist Series – Fight of The Century Set. It is a combination of boxer and wrestler, designed with the concept of the battle between the sharpest spear against the strongest shield. This set contains two boxer figures and several wearable accessories, including crown, glasses, boxing gloves, champion belt and cloaks. Multi-playing options will give you a fantastic feeling when you hold it in your hand. 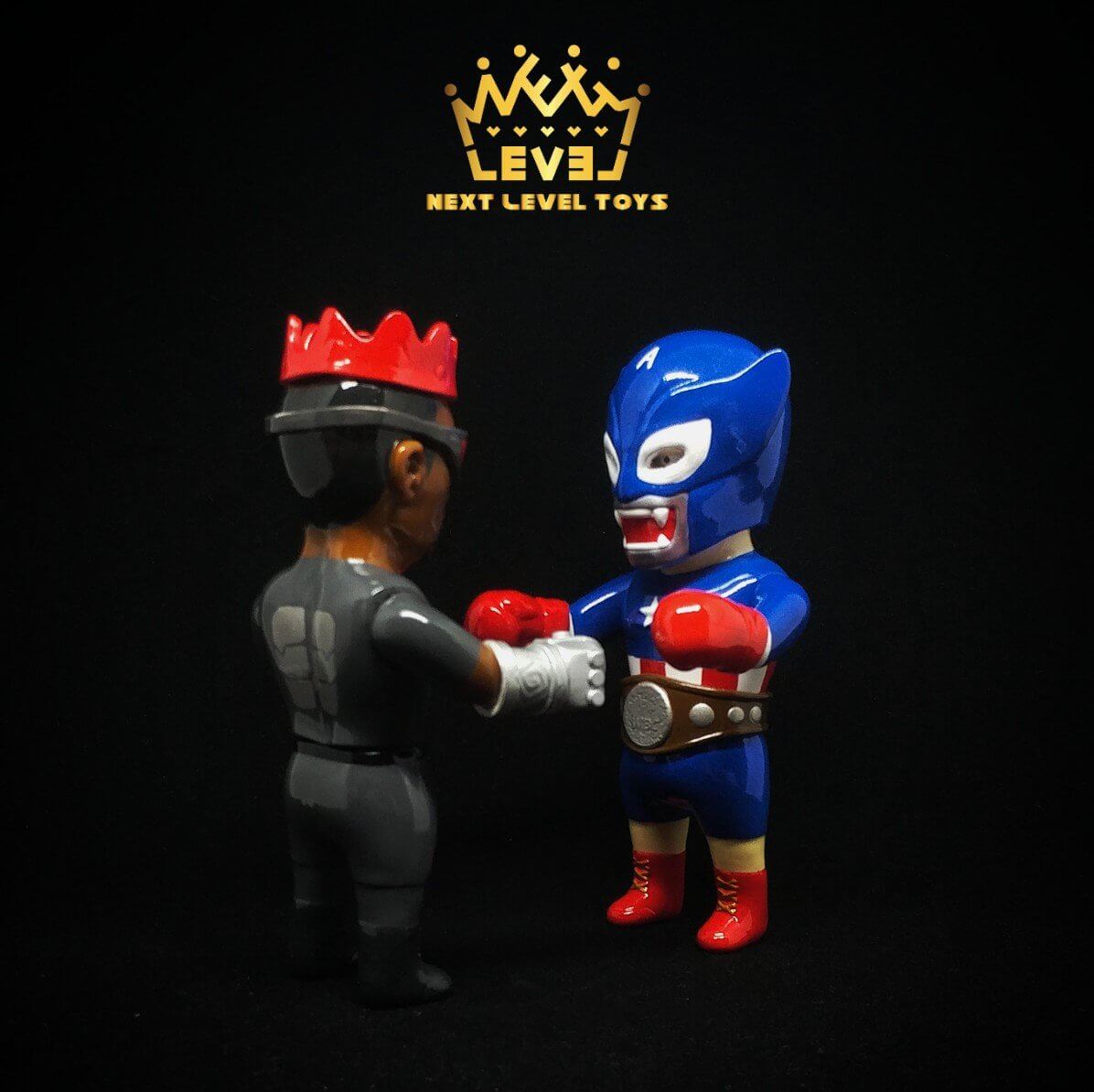 They stand 3.5 inches tall featuring 3 points of articulation and a removable mask; 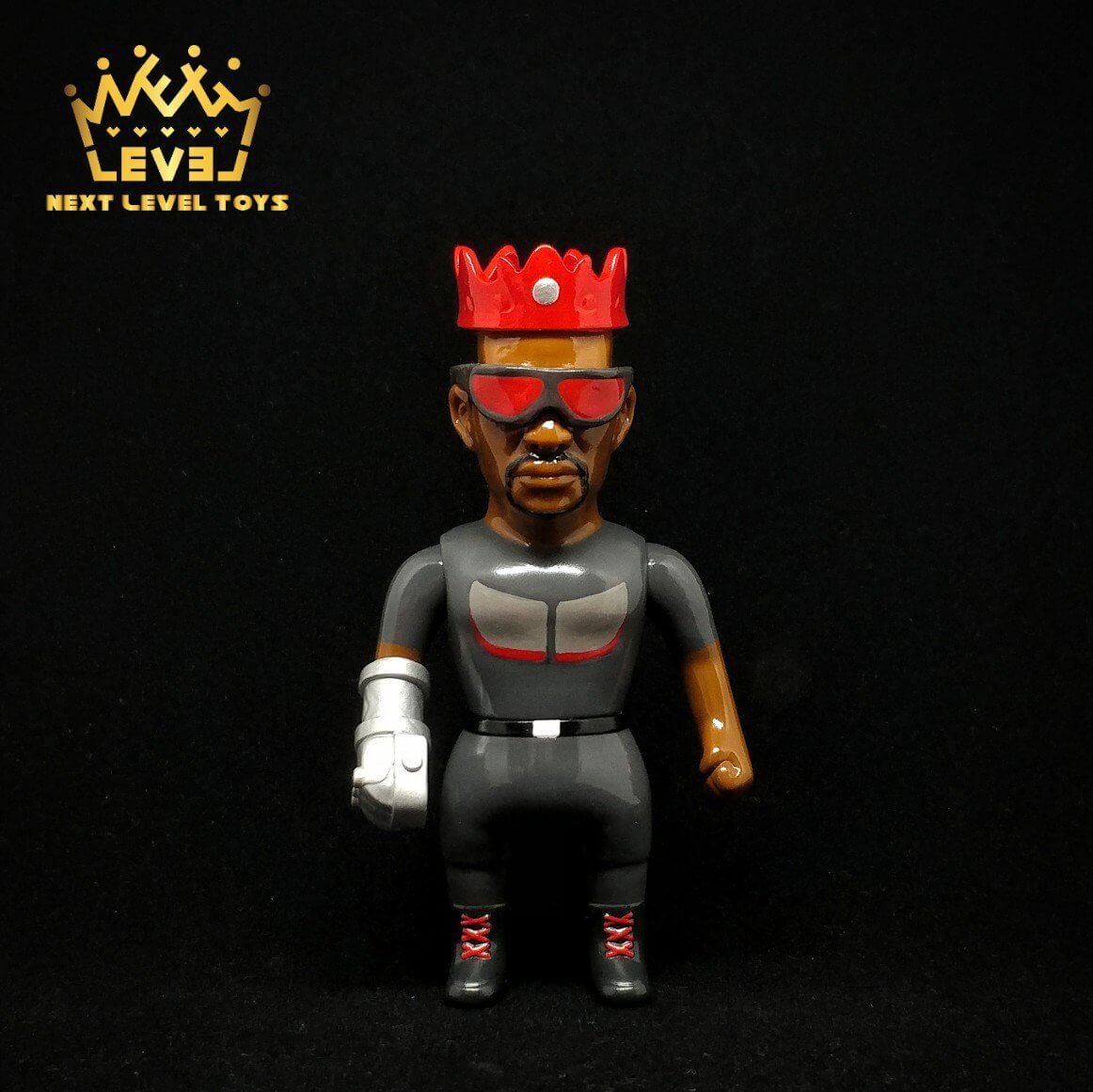 Available for pre-order now HERE for $110 per set! Ships in May!