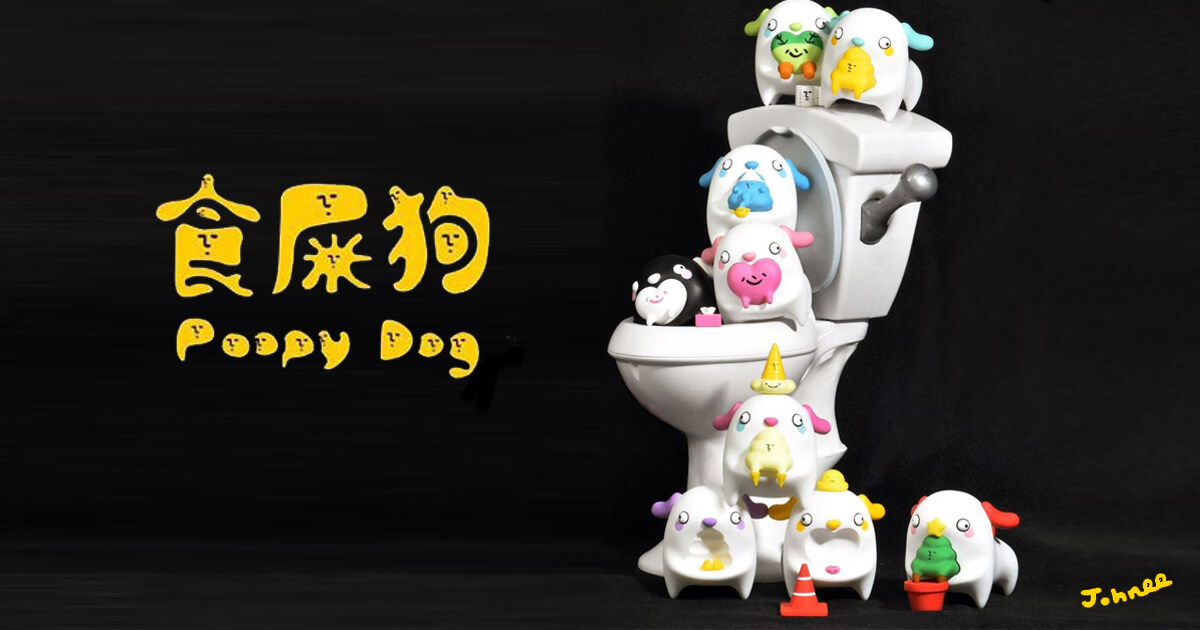 Last year, Galaman giving us more humour in our lives with his illustrations and already setting Asia alight with his “7” figure making rude yet funny Cantonese remarks, Galaman has a take on Eat shit dog “English translation” aka Poopydog which is usually a way we slag someone off, HA. To non-Cantonese speaking collectors it might not make total sense but whatever the case we feel Poopydog is hilarious. Back in July 2019, Poopydog was an illustration and now Galaman has turned him into a vinyl figure! Last year, we waited patiently for further developments with Poopydog when we introduced you to Poopydog HERE, now we get to see more updates with new designs of Poopydog.

As you can see, plenty variants to come and it looks like the protoyping stages are more or less complete. No word on a release date, but with it being convention season it’s most likely to make its debut at some point this year. Stay tuned for further updates. BUT WAIT, Plush coming too?