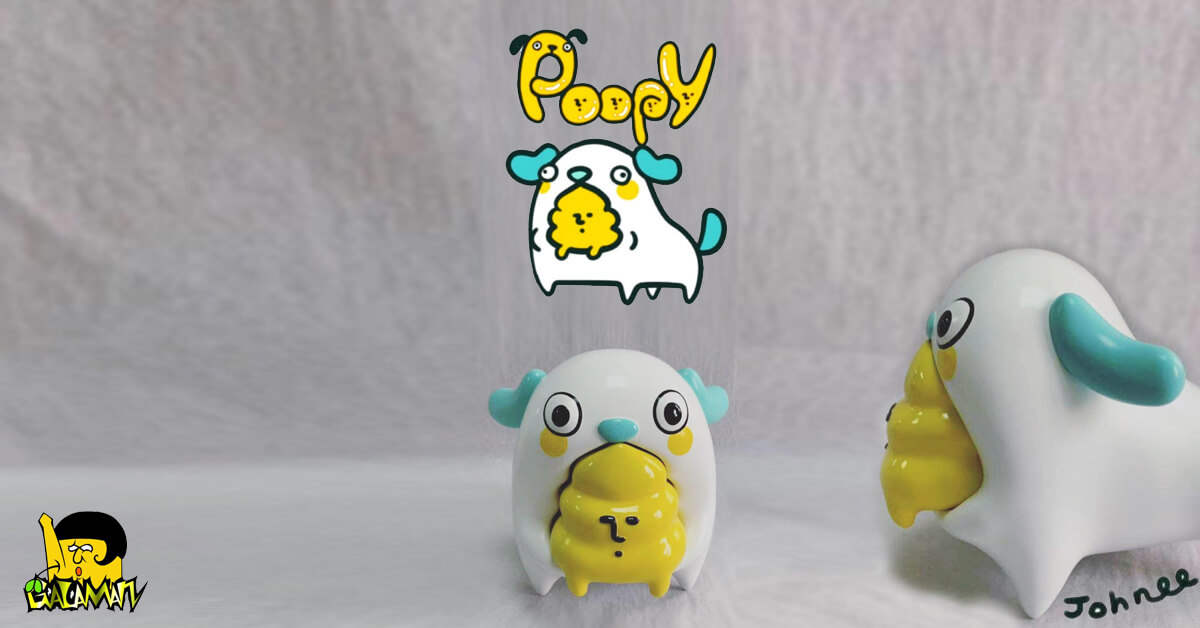 Galaman giving us more humour! Already setting Asia alight with his “7” figure making rude yet funny Cantonese remarks, Galaman has a take on Eat shit dog “English translation” aka Poopydog which is usually a way we slag someone off, HA. To non-Cantonese speaking collectors it might not make total sense but whatever the case we feel Poopydog is hilarious. Back in July, Poopydog was a illustration and now Galaman has turned him into a vinyl figure!

No word on a release date, but with it being convention season it’s most likely to make its debut at some point this year. Stay tuned for further updates. BUT WAIT, Plush coming too?