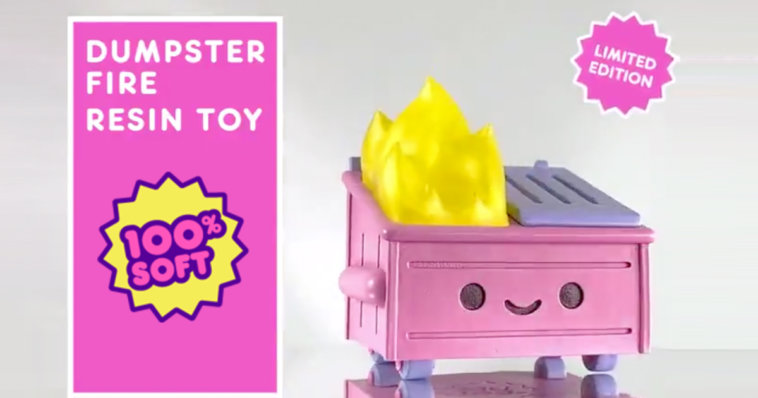 I was only earlier in the year that the fine folks at “100% soft” set our hearts on fire with the announcement of “DUMPSTER FIRE” resin designer toy powered by PropsAndPop. Like we said previously,

Hands down one of the most cutest trash EVER. Based on their Pin and T-shirt design Dumpster Fire has made the transition into a resin designer toy! Who would have thought Trash and Garbage Bin with fire could be so Kawaii! ok, 100%soft did.

Is everything around you a waking nightmare? Celebrate with some kawaii trash, just like your life!

There are 75 of these lil bbs available, and in order to accommodate everyone fairly, 100% soft are going to do a raffle system each day of the con. When doors open, we’ll be giving out raffle tickets until the drawing at 3pm (8pm on Preview night). Limited to one ticket per person. If you pick a winning number, you’ll have until the closing of the show floor to collect your dumpster.

Can’t make it to DesignerCon? Hit up https://100soft.shop/ for more 100% Soft Kawaii goodness. 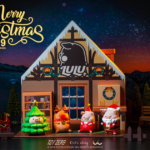