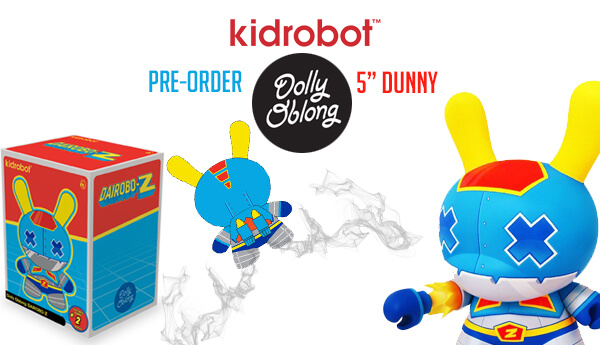 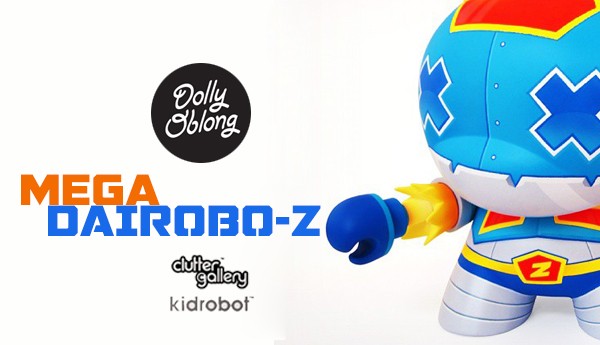 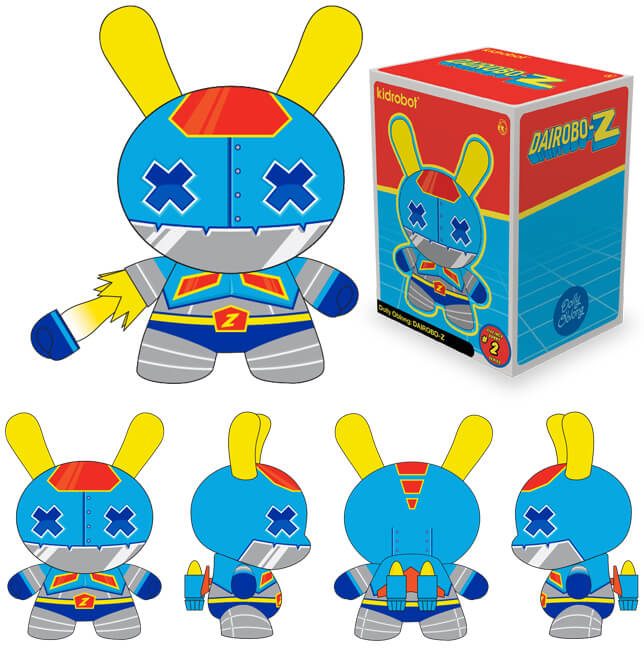 Dolly Oblong is a creative character design group, specialised in handmade quirky characters that are magically transformed into plush, paper and vinyl toys. These characters have been exhibited in shows around the globe and have been featured in a number of publications. 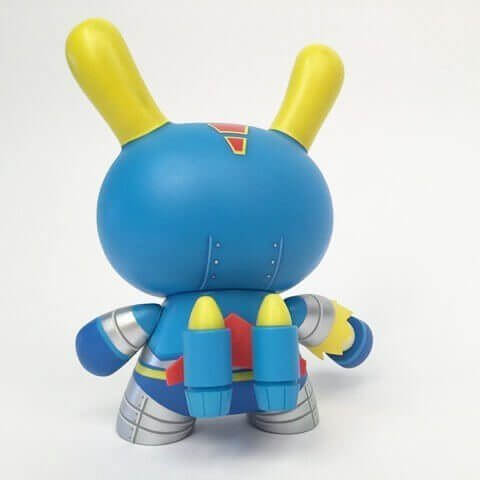 We are so proud of Dolly Oblong team and glad Kidrobot have listen to the fans and given us Dairobo Z production. Even better it’s going to be on the 5″ Dunny! The vinyl gods have listened and the incorporated the blast-off arm is included! pew pew pew.

They guys at http://theblackspot.pt/ have it on pre-order for  €39.00 Code “exclusiveTTC” for 5% OFF for TTC readers. Along with other awesome vinyl toy retailers like, http://www.mindzai.com/ and http://www.tenacioustoys.com/. http://www.kidrobot.com/ doesn’t have the Dairobo Z up for pre-order yet but should land Summer of 2016.

Check out our interview with Dolly Oblong studio HERE.

Follow Dolly Oblong’s work Via all the social media and if you need a commission hit her up ASAP.

(all photos are taken from Dolly Oblong media sites)