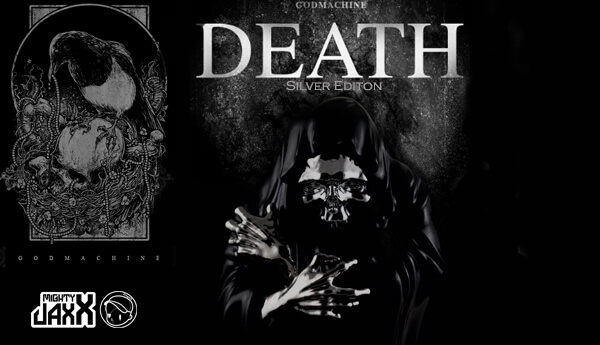 We shit you not! So it’s a Monday and usually it’s a drag right? Well over the weekend Mighty Jaxx announced the SILVER version of UK artist Godmachine’s DEATH Art collectable! See we told you the clouds have a silver lining. We were lucky to be at Thailand Toy Expo where “DEATH” was shown in all its full glory (Video footage below). We actually prefer this silver version to the OG gold. Which version do you guys like more? Answers in the comment section below. Death by God Machine Silver Edition will be available on November 12th at http://mightyjaxx.rocks/ should be priced at around the €125 mark.

IS ALMOST OVER! DEATH IS COMING 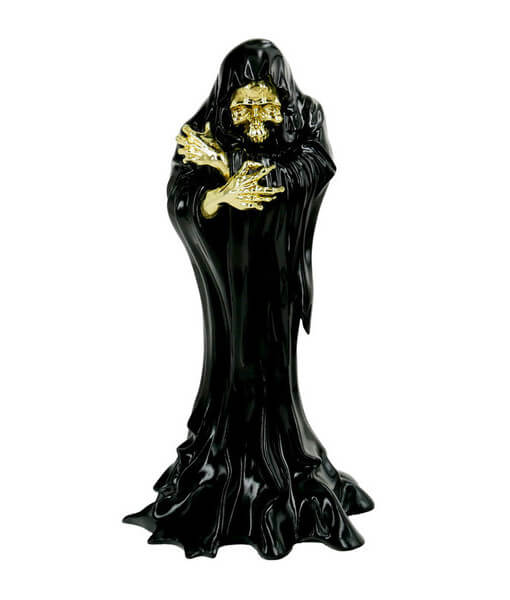 ‘Godmachine was born in Cardiff, South Wales, it was a difficult birth; his parents were in London at the time. He grew up on a steady diet of nothing, 2000AD comics, Santa Cruz skateboards and old library books of Klimt and Beardsley.
His art is born of Jim Philips, raised by Simon Bisley and adopted by his everyday influences; film, literature and music.
He uses a wacom, photoshop and coffee to achieve his detailed images that have made quite an impact on band merch, skateboards and clothing companies today.
He owns 2 cats: Bear and Miss Boo Boo Kitty Fuck II and has a worrying amount of coffee mugs with cats on them. Although a vegetarian and a devout anti-theist he collects animal skulls, animal horns and crucifixs along with old discarded black and white photos.’
Live stream at Mighty Jaxx Booth at Thailand Toy Expo 2016 (2:31 to see GOLD verison of DEATH in the stream)
[youtube_advanced url=”https://youtu.be/lg8bxUYZGik” theme=”light”]
You can find Godmachine at http://godmachinedesigns.blogspot.co.uk/ , Twitter, Instagram and Facebook. 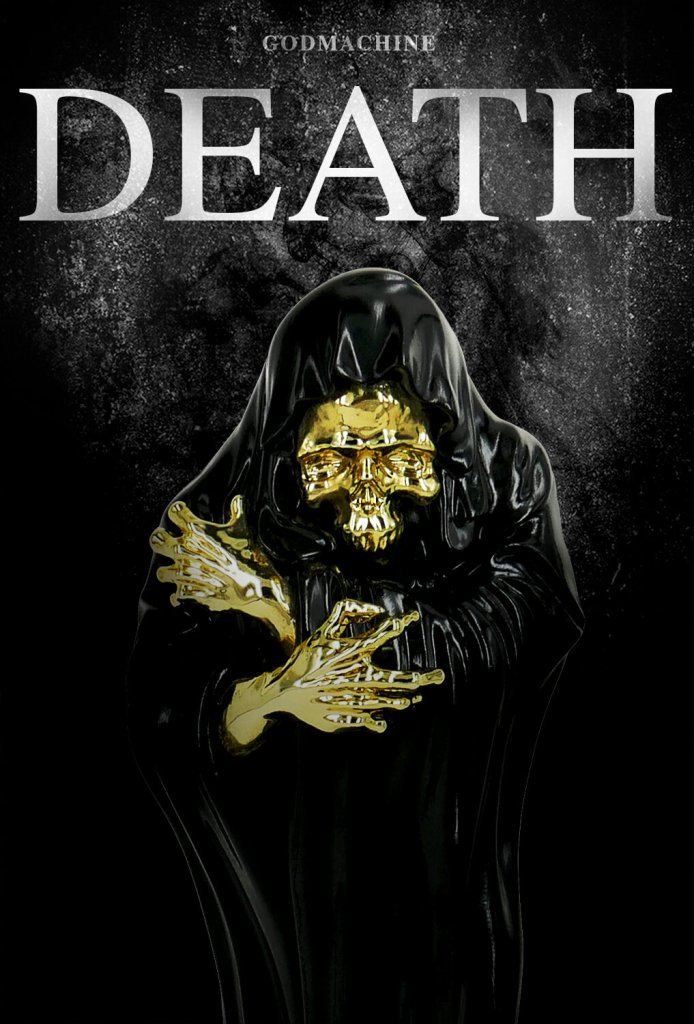 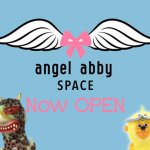 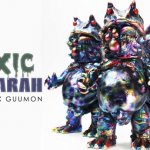