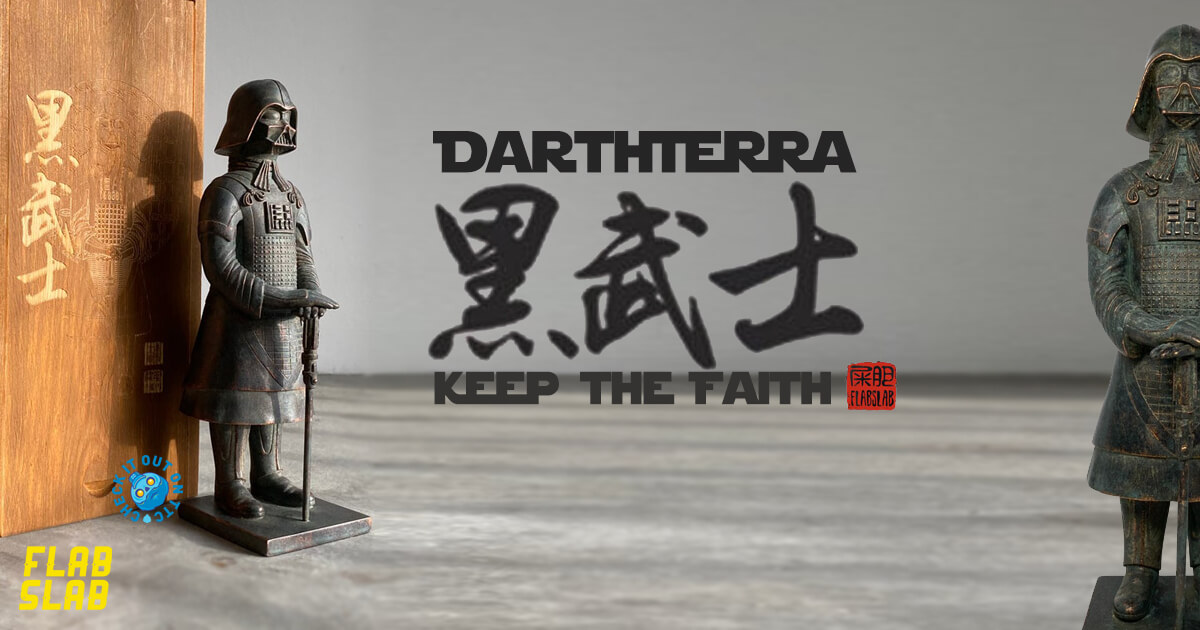 If the OG DarthTerra wasn’t enough for you, check out FLABSLAB’s DarthTerra [Keep the Faith] edition! artefacts that you won’t see at Emperor Qinshihuang’s Mausoleum Site Museum, HA. FLABSLAB have taken 10 pieces of the DarthTerra and gave it a paint job to look like an antique.

Excavators have unearthed another DarthTerra! Queue the music! Like we’ve said on many occasions if George Lucas had the power to make Terracotta Army this would be it! The myths have been unfolded and FLABSLAB has unearthed DarthTerra once more but with a twist. Could it be true that the First Emperor of China Qin Shi Huang was the man behind Star Wars? And George Lucas was a mere charade. Who knows.