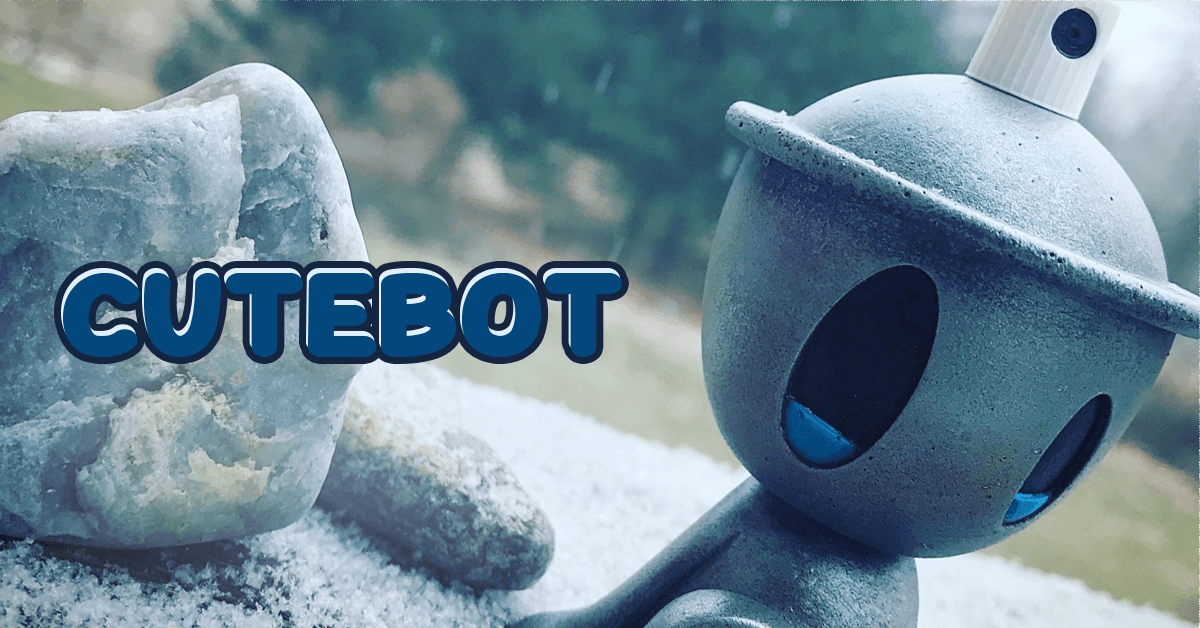 As Czee is over in New York, visiting the Clutter Gallery/Studio crew in the run up to the previous mentioned Kaiju Dunny Battle Series launch tomorrow evening in NYC (read more HERE), he obviously has to pay for his trip stateside so took along some of his art work to sling to those willing to spend some of their hard-earned dolla dolla at the Kaiju launch event. Check it!

First up is the Cutebot TASTER release. We say taster, as only six will be available on Friday evening with the a HARD release to come at Five Points Festival in June (buy tickets HERE). These cuter-than-cute, resin Cutebot will be priced at $75 each and sit on a silhouette base and sit at around 4inches tall.

It wouldn’t be a Kaiju show without something Kaiju related from Czee. Whilst Czee isn’t known for the monster type releases as he’s too busy being far too cute for his own good, he has come up with a concept which sticks with his diabetes-related releases (see his Cookies and Jammy biscuit releases previously) in the form of Kaijuice! These hydro-dipped resin juice box monsters are limited to four pieces and will be priced at $100 each.

Back to the cute again for Czee with his Toddler Clear Cans. These will be available in limited numbers of nine blue clear and one pink clear (which you can check out in the below images). Priced at $65 each, and standing at a little over 3incehs, will launch tomorrow evening in NYC!

Definitely head on down to 815 Broadway, NYC, between 6-11pm tomorrow evening and hang out with Czee, Clutter, James Groman, Jeff Lamm, Rampage Toys, Bwana Spoons as they launch the Kidrobot Kaiju Dunny Battle series – which you can check out our review HERE.