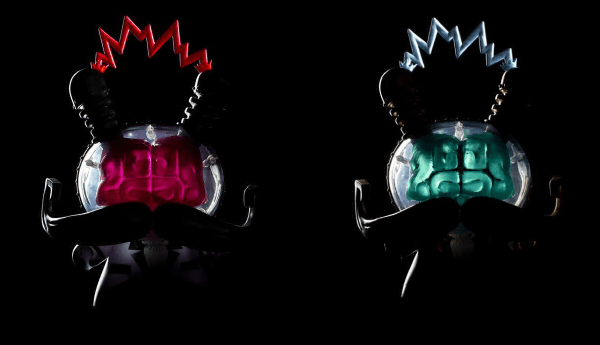 It’s a great time to be a Dok A x Kidrobot fan at the minute. Dok A seems to be flavour of the year, which is f’n great to see. In the past 12 months, we’ve had the Dok A ‘Talking Board‘ 5inch Dunny, then we had news that Dok A was joining Series 2 of Arcane Divination (read HERE), there was news of a new Kidrobot x Mechtorian Series coming soon and now we have the 8inch Cognition Enhancer Dunny about to drop this week! 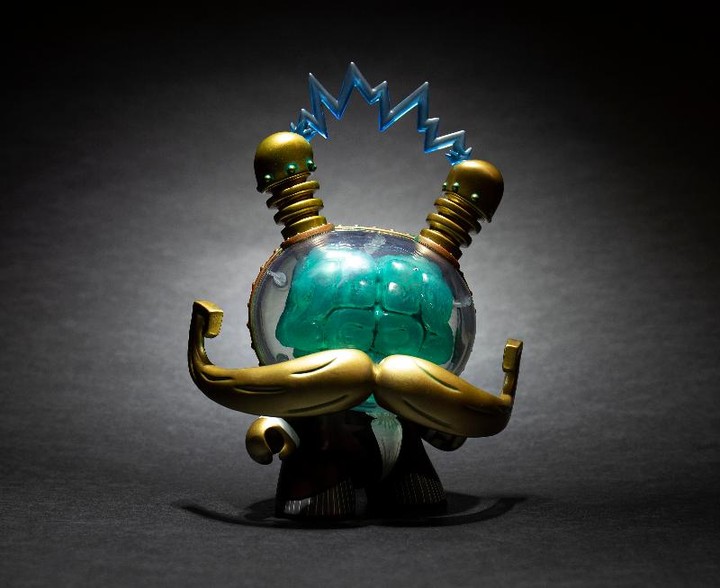 Dropping tomorrow over on the Kidrobot store, the Cognition Enhancer (Sunday Best), pictured above, is limited to 1000 pieces worldwide. Priced at $100 (£78).

Brains are the latest thing!

Nanoclockwork is taking the world by storm.

Super fast and super compact. The ultimate in cognitive engineering.

A must have item for any Mechtorian undergoing a re-fit, to bring them into the new information age.

Ronson Travithick found a way to create super miniaturised clockwork mechanisms and employed them as the perfect system to generate brains.

A thousand times more complex, faster and smarter than the previous system of pulleys and levers installed in most Mechtorian heads.

Combining this with some patented Teslastein Static Injectors, enhances the process even further.

Sporting a clear head enclosing a transparent brain with inserted electrodes, this is my most complex Dunny to date. 8″ of retro futuristic awesomeness.

There will also be a Kidrobot Exclusive release of the Cognitive Enhancer Dunny. Ritzy Red will only be available from the Kidrobot online store tomorrow at 10pm MST (which is 4pm in the UK). Ritzy Red is limited to only 300 pieces. 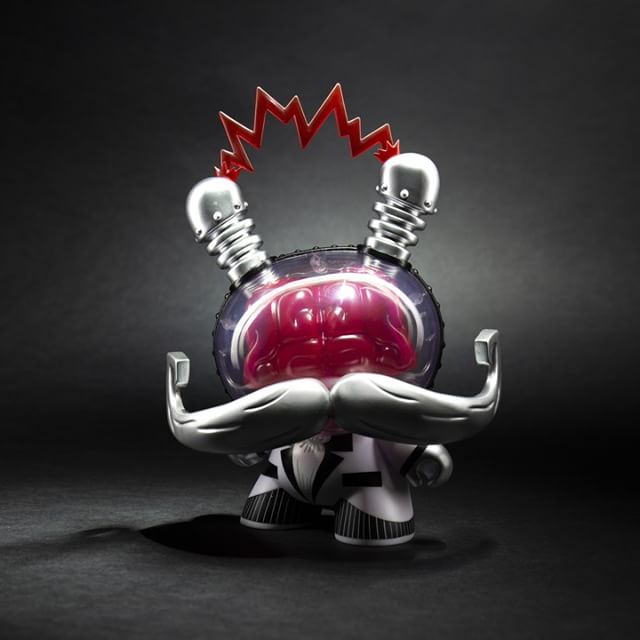 It’s no surprise to see Dok A working with Kidrobot again in vast quantities, as some of the most sought after Kidrobot releases in the history of KR are designed by Dok A! We have no doubt that the Cognition Enhancer Dunny will join those ranks too!