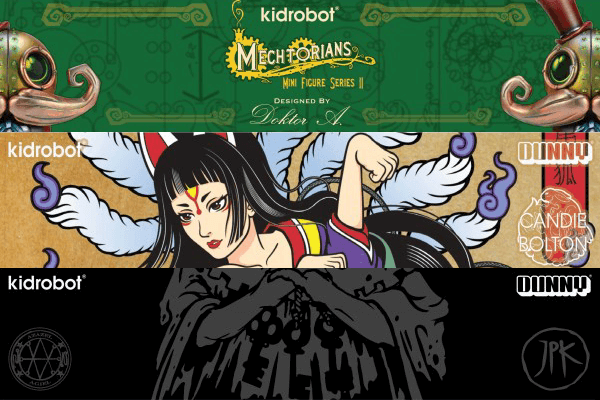 Well this is all kindsa fun, innit?! We find news that excites us as much as we think it’ll excite you too! This one is a triple power bomb of awesomeness too! Kidrobot are working with three of our favourite artists on three separate releases that will leave your wallets a little empty and your Designer Toy collection that little bit more freakin’ awesome! Candie Bolton! JPK! Dok A! Boooooya! Bring on that vinyl, bay bay!

Asian cultures commonly depict foxes in folklore as tricksters and shape-shifters. They are particularly known for impersonating beautiful women that interact with humans, often for malevolent reasons. As foxes age, they gain more power and wisdom, represented by the number of tails they have. It is said, a nine-tailed fox has lived for over 1,000 years. Full of infinite wisdom, the Kyuubi Dunny stands ferociously, ready to generate fire from her tails for any danger that may approach. Kept stored away in a carefully crafted box painted with red flame, the Kidrobot x Candie Bolton 8 inch Kyuubi Dunny offers a delicate and mighty wisdom to any collection.

Whilst we don’t have pics of the actual 8inch Kyuubi Dunny, we can hazard a guess that it will be similar to the Candie’s Dunny design for the upcoming City Cryptid Series curated by Scott Tolleson which we wrote about earlier this year (read HERE). We can’t say for certain, of course, but the fox and the tails would suggest it would be in the similar design. Our guess, anyways. 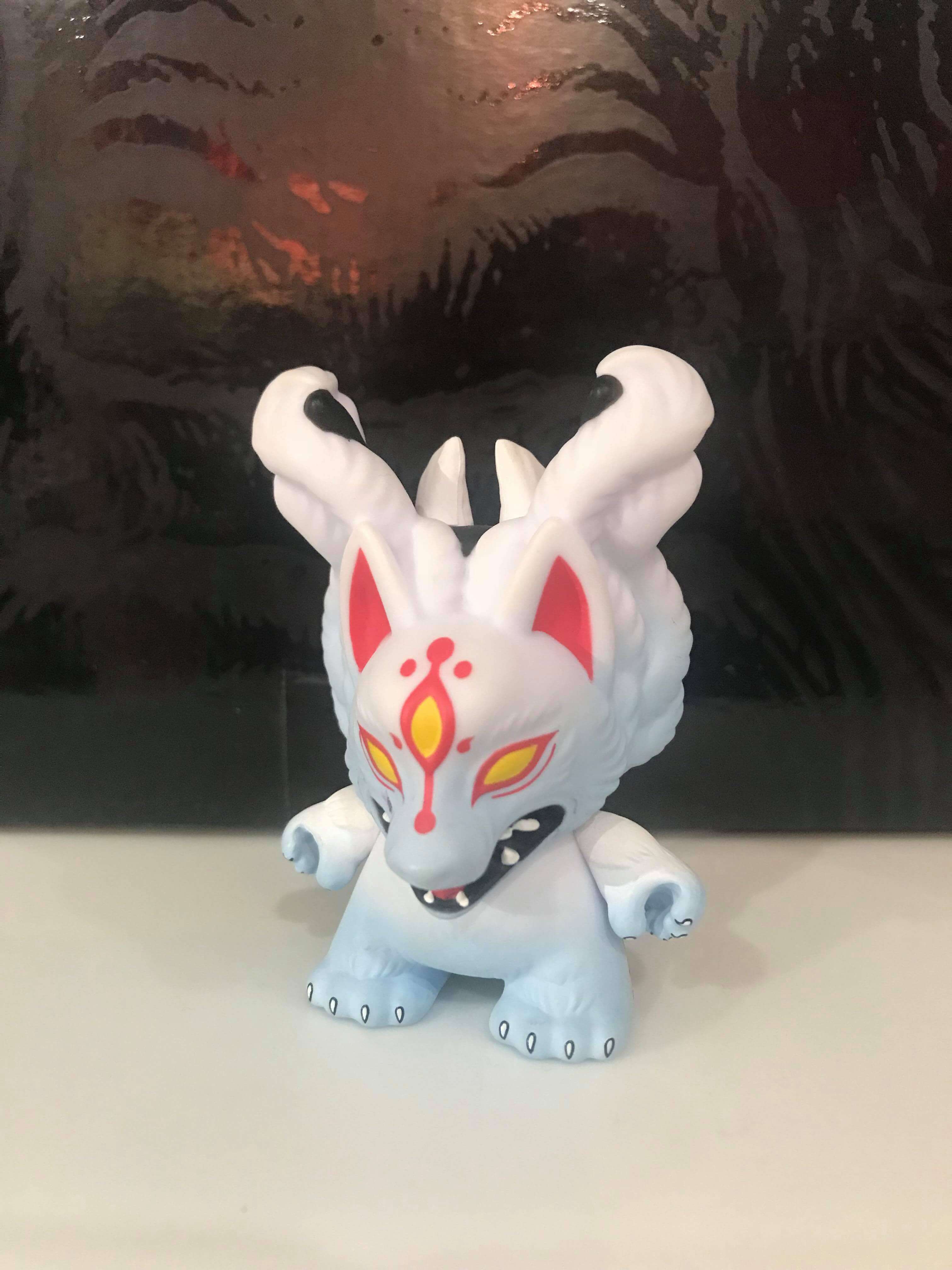 Sitting atop crumbling ruins, ever waiting, for I am the guardian and the herald. Ever watchful, this winged creature is marked as the fallen angel thrown to eternal fire. The creature stands as a representation of the human spirit’s need for rebellion, temptation, and the seductive lure of the unknown. Fused with ‘carved marble’ and ‘porcelain’ brought together in pieces to make a whole, this broken figure is a small part of the bigger plan. Encapsulating centuries of evil magic from the infernal hierarchy, the 5 inch Demon Dunny stands as the warning of something new coming to the mortal realm this fall.

Well this certainly excites us. Anything JPK-related is always greeted with a HUGE grin on our faces at TTC HQ. We don’t have any additional images for the Demon, but as JPK is working again with J*RYU on the Arcane Divination Dunny Series 2, we are going to safely assume that one of those new designs will make it into a 5inch release! We can’t wait for more details!

As the story goes…The year was 1871, Professor Whistlecraft sends a small robotic population to another planet to be able to head off any alien invasion that might attempt to ruin our world. After a long period of time and no alien invasion, the robots were abandoned by their creator and established their own world… a mighty, tiny world with two tea times! Welcome to Mechtoria. Kidrobot pulls back the curtain to these long forgotten characters so follow us down the darkened cobbled streets and meet the artistic cast of Doktor A’s almost unimaginable world with gamblers, musicians, and entertainers: The Mechtorians.

Another UK artist getting some Kidrobot love. Always nice to see. We love what Dok A does with Kidrobot and this will no doubt live up to the lofty expectations we have of Dok A’s work!

That is all the details we have right now. Once we hear more, we’ll give you all the beautiful news! In the meantime, keep your ears & eyes peeled to the TTC Mobile App for future news on Kidrobot, Dok A, JPK & Candie Bolton! x