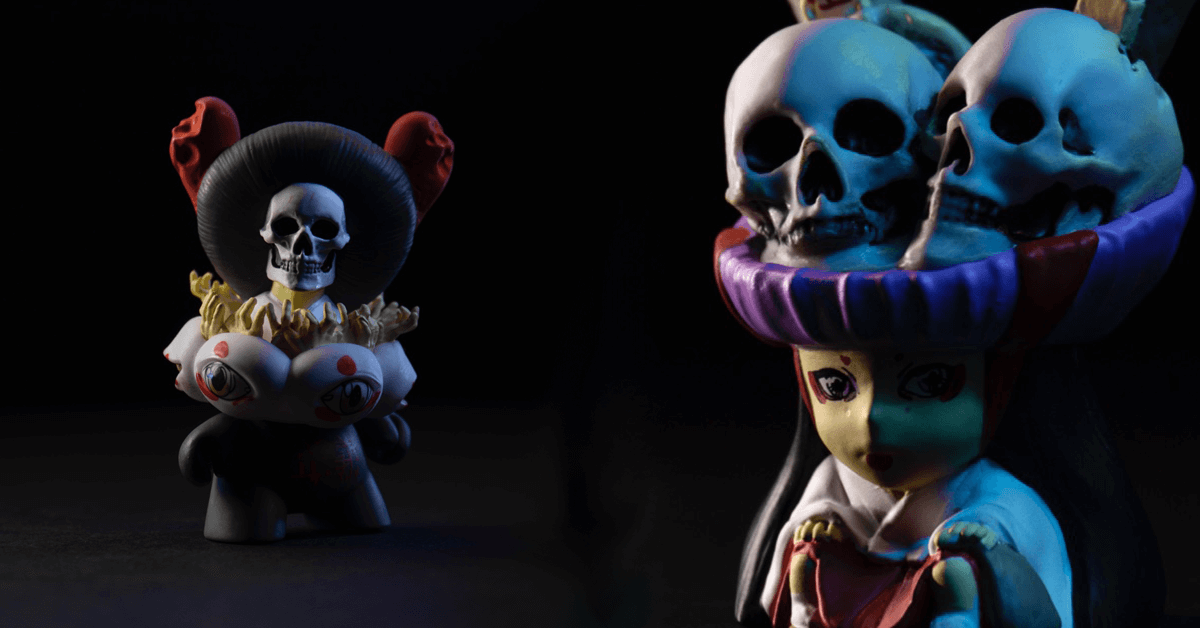 Woah, two flashbacks to the year 2017 in the space of a few minutes. First up was the KAWS Companion Blush that is getting an additional release tomorrow (read HERE) and secondly is the Arcane Divination Kidrobot Dunny series which saw J*RYU and his merry krew take down the Best Mini Series Designer Toy Award. Now as we approach May 2019, Arcane Divination will see its Series Two (The Lost Cards) hit the shelves of the Designer Toy community once again. The anticipation is already growing and with New York Toy Fair this coming weekend we can expect to see more of this awesome Dunny Series and two images have already made it on to the WWW this evening that we’d like to share with you.

Both images are designed by Tokyo Jesus. Above you can check out The Survivor, and the below image is Justice! As with ADS1, the sculpts in ADS2 will blow us all away again! Despite the images been hidden in shadows you still get a great idea of the direction that Tokyo Jesus is taking on with his designs. The sculpts look insane!

J*RYU has got his krew back together of Tokyo Jesus, JPK, Camilla d’Errico and added Dok A into the mix too for this new Arcane Divination series. We’ve already seen some WIP shots of the designs that will make up The Lost Cards when The Toy Chronicle hosted a discussion panel at DesignerCon last November with the Arcane Divination artists (which you can check out below too).