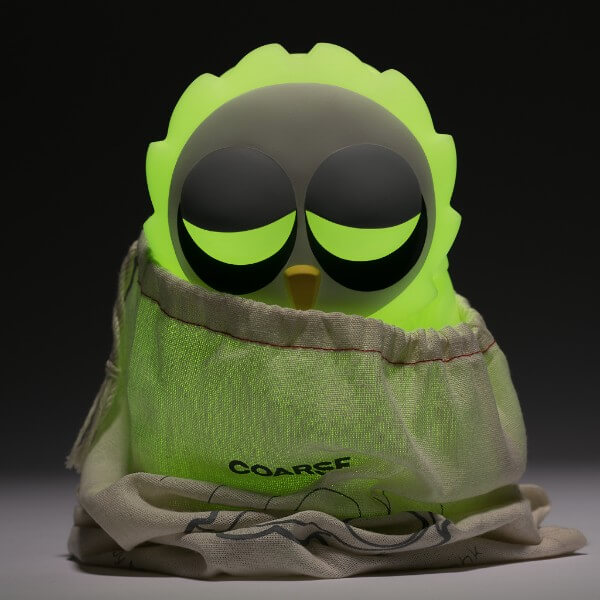 myplasticheart have provided details of a very special Coarse release due to take place during the previously announced New York Scratches show this Friday. Fans attending the reception for coarse’s latest exhibition, New York Scratches, will be able to purchase the vinyl toy designers’ most personal release yet. The reception sees the release of Omen Fade Ignited, a hand-packaged glow-in-the-dark version of the figure coarse released to commemorate the late Roman Shevchenko, a coarse collector who passed suddenly in 2014. 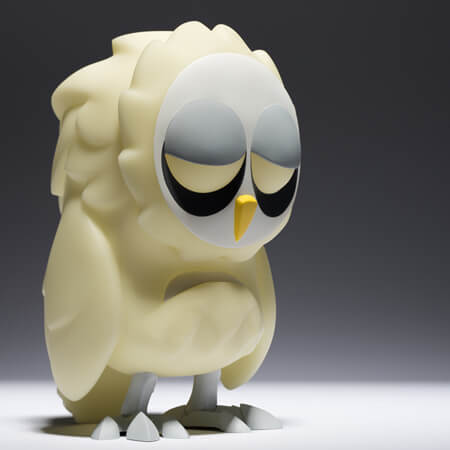 The piece, which measures 7” tall and costs $90 (USD), will be available at the reception happening this Friday, October 9 from 8-10 p.m. at myplasticheart, 210 Forsyth St, NYC. 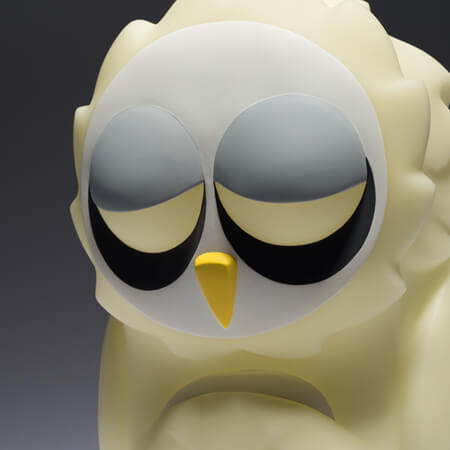 Several new pieces by coarse will be on display at the reception, and coarse artists Mark Landwehr and Sven Waschk will be in attendance.

ABOUT OMEN FADE IGNITED
When avid coarse collector Roman Shevchenko died suddenly in late 2014, the team at coarse responded by dedicating a piece to Shevchenko at their next exhibition. Entitled Omen: Fade, the resin sculpture captured their iconic owl, Omen, with his eyes half-closed and his head bowed in grief. 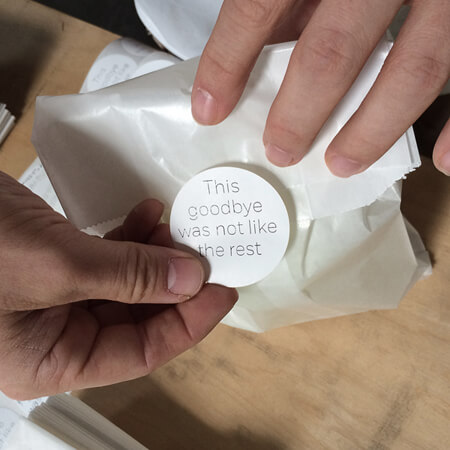 At the time, it was announced that coarse would release the figure as a vinyl edition in 2015 with proceeds donated to Shevchenko’s wife and family. Two editions of the figure were offered to collectors in September 2015, and now a third and very special version is being released.

Omen Fade Ignited reimagines the grieving owl in haunting glow-in-the-dark vinyl and each figure comes shrouded in an opaque paper envelope inside a hand-screen-printed cotton drawstring bag. Each envelope is sealed by a hand-stamped sticker that reads “this goodbye was not like the rest.” Every Omen Fade Ignited was hand-packaged by the coarse team at their studio in Los Angeles as a token of respect to Shevchenko.

Sales of Omen Fade Ignited also come with a limited edition postcard and each figure will be limited to one piece per customer.