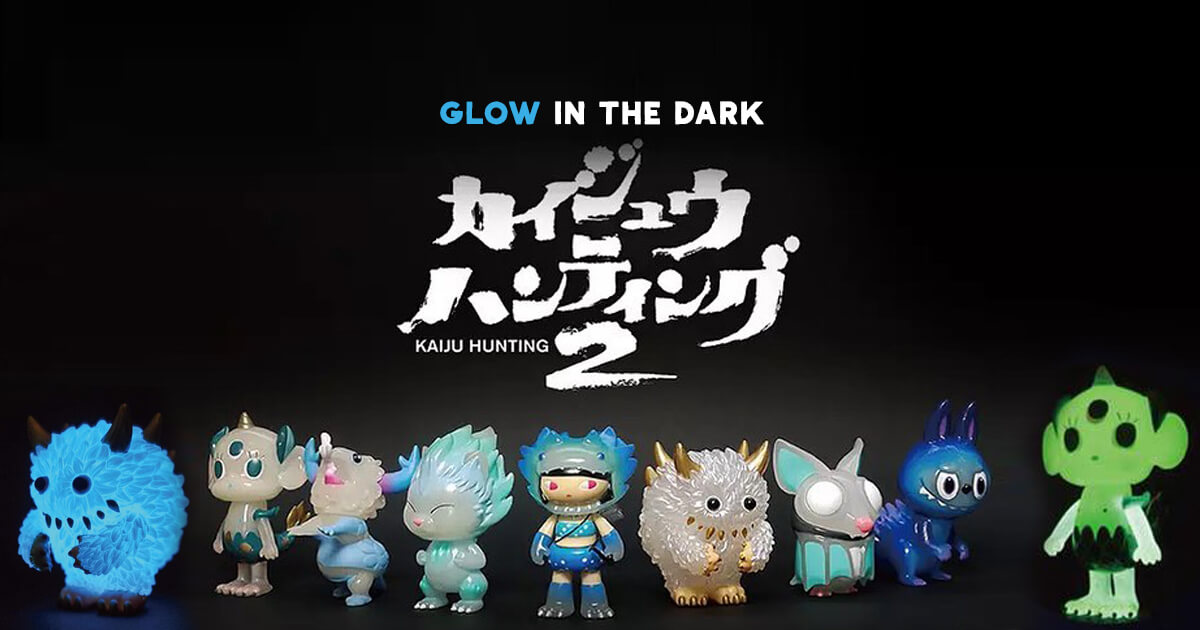 After giving subtle hints that a GLOW IN THE DARK editions are to be released! Yesterday welovekennyswork Released the GID line up photo of the upcoming Paradise Kaiju Hunting 2 Collection! Giving each character that GID look. Like we said previously HERE, the much-anticipated return of Kaiju Hunting series is all set to return! A new line up of artist from around the world join Kaiju Hunting, presented by Paradise! Kaiju Hunting 2 blind box series with designs from 7 artists will be released in all the authorised dealers around the world. Featuring new and classic Kaiju in chibi form! from Shoko Nakazawa,  coarse, FeeBee, 大久保博人 Instinctoy, Kenny Wong, Kasing Lung and last but not least SHON SIDE.

For now, we don’t have the official word if the GID is chase variants of a separate Glow in the Dark series of Kaiju Hunting 2 Collection. Stay tuned for the update.