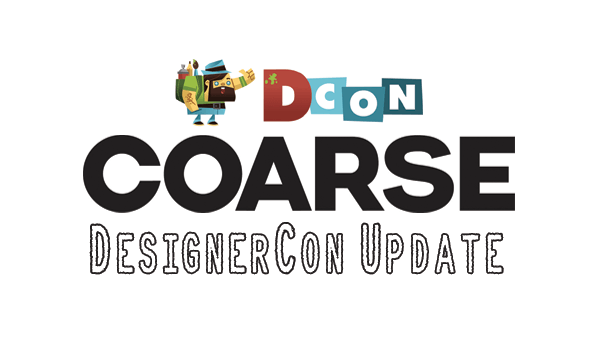 We reached out to Coarse to see if they planned to host a Gallery/Studio opening at DCon this year, as they did with 2015 & 2016.Look away now Coarse fans…. Unfortunately, 2017 looks like there are no plans to make this happen again. Boooo. No DCon exclusive release from Coarse is planned neither, but if that changes in the next three weeks, we’ll let you know.

The word from Coarse…

We don’t plan on opening our studio or having any exclusive releases this year for DCon, but we will have a booth there, and if things change we will be sure to let you know.

If we hear anything further from Coarse, we’ll update the blog on details.

For those that attending the Open House at Coarse studios in previous years will attest that it was a great event. Each of the past two years has seen Mark & Sven in attendance, along with artist Amanda Visell. All signing artwork for the evening. It was definitely a highlight of our 2015 trip to Los Angeles.

The good news is that Coarse will have a booth at DesignerCon next month, so we’ll hopefully get to see the Coarse boys in all their glory. Hoping that we get so see the Coarse Ethos releases in person.