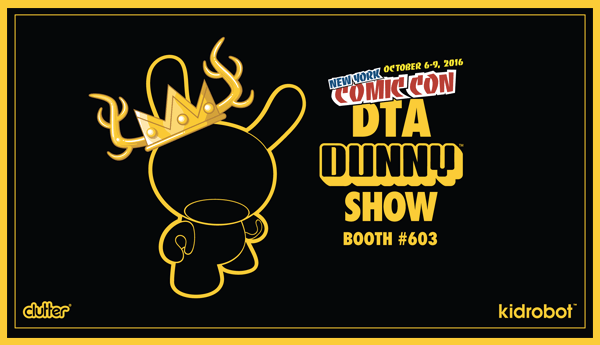 Does Clutter ever disappoint? We doubt it. They most certainly will not disappoint with their upcoming DTA Custom Kidrobot Dunny show they are hosting at NYCC (New York Comic Con) next month. Celebrating the launch of the 5inch blank Dunny platform, and the 6th Annual Designer Toy Awards, Kidrobot, Clutter and The Designer Toy Awards have once again teamed up to bring collectors a visual treat! Bringing together some of the industries top artists from around the globe, Clutter are excited to announce the third installment of the DTA Dunny Show, “The NYCC DTA Dunny Show!” Boom! Money raised from the sale of any of these custom pieces goes towards paying for the Designer Toy Awards – so a great cause to get behind. 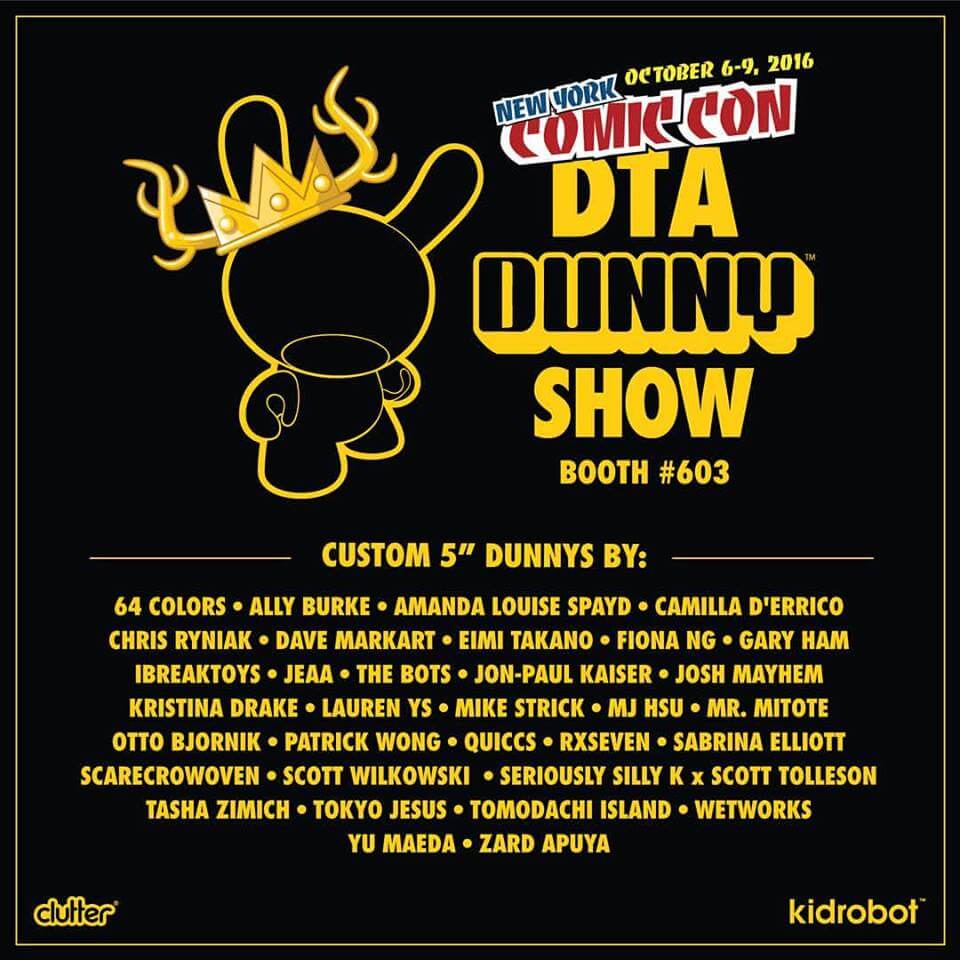 Ok, catch your breath. Ready? Ok, so the artists involved are posting WIP (work in progress) shots of their work on social media. They’re using the hashtag #NYCCDTADunnyShow, so if you want to keep up-to-date with what’s being posted you should totally follow that hashtag. If you’re not on Instagram or Facebook, then we’ve captured a couple of the shots we’ve found today.

Keep your eyes on The Toy Chronicle as we get closer to October 6th and NYCC, we’ll hopefully have more shots of the artists work that will make up this awesome show. The show will run throughout NYCC, and any remaining pieces of work will be on show at Clutter Gallery in Beacon, NY.