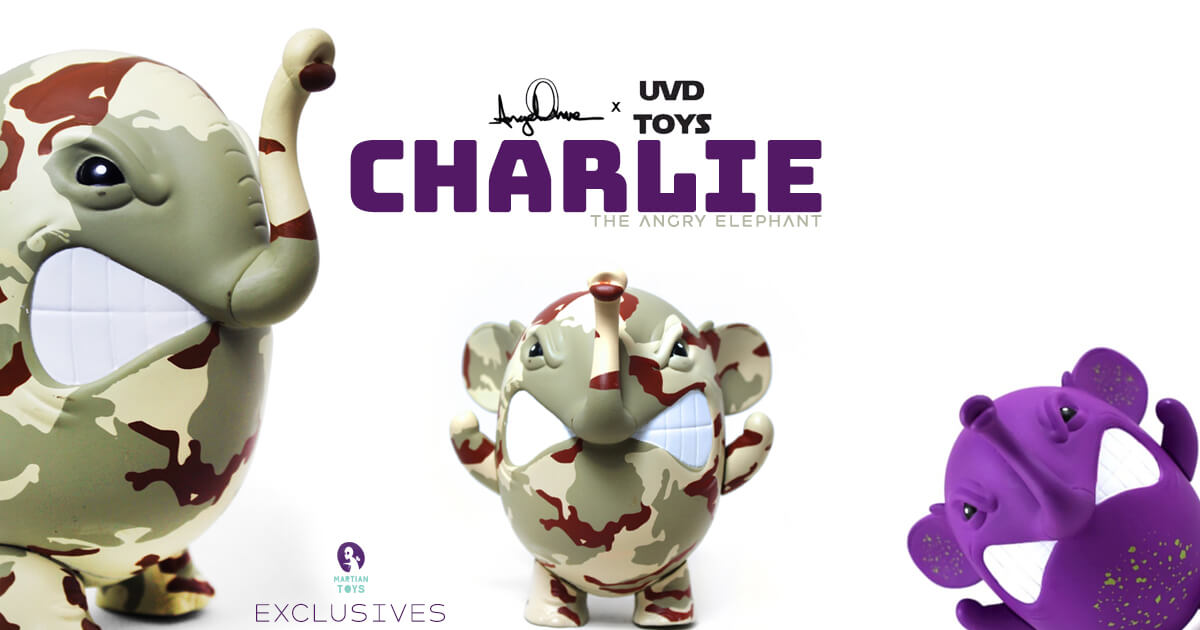 These two nearly fell through our finger tips! AngelOnce x UVD Toys are back with two new editions of Charlie The Angry Elephant “Desert Camo” and Martian Toys Purple EXCLUSIVE. UVD Toys have teamed up with AngelOnce to create the iconic Angry Elephant into vinyl form. Originally shown in prototype form at Five Points Fest 2018, now ready and coming at you in two new variants, the question now is which one will you cop? Both Martian Toys EXCLUSIVE’s are limited to 50 EACH.

Introducing Charlie the Angry Elephant, the signature character by AngelOnce.