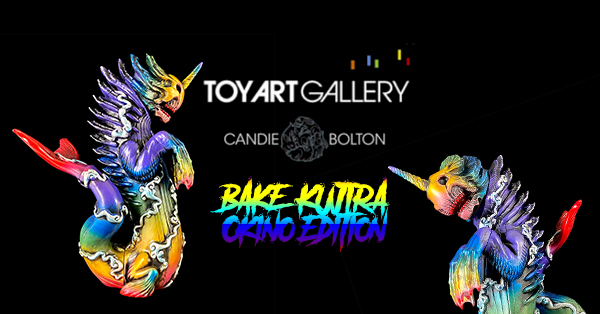 The Bake-Kujira is the reanimated corpse of a vengeful whale spirit. It brings a curse of famine, plague and natural disasters to the village that caused its demise. They can be found on rainy nights near the coast with a host of strange birds and fish swarming around them.

This Okino Edition stands” tall, a sofubi piece loaded with texture and detail and is articulated at the head and hands. Cast in light pink soft vinyl with gold, blue, purple, and red sprays along with silver handpainted detail and a black rub.

The BAKE-KUJIRA OKINO Edition retails for $225 and will be released via email lottery starting on Friday, March 4th at 12PM PST and ending on Monday, March 7th at 12PM PST.

Email [email protected] with “Bake-Kurjira Lottery” as the subject along with your paypal address and shipping info: 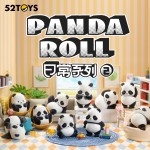 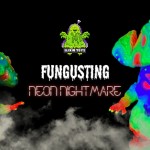