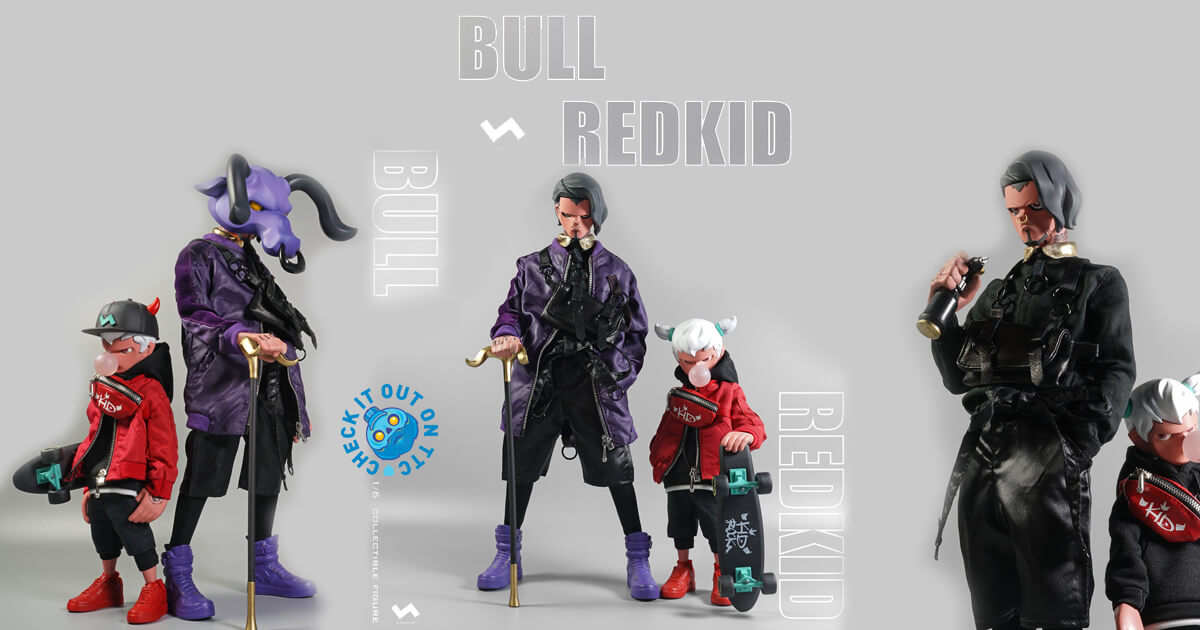 Streetmask series continues as JT Studio presents to you BULL & RedKidBULL! The dramatic duo showcasing some serious street swag! eye-catching designs from JT Studio again and showing how to produce high-end action figures with a difference.

BULL & RedKidBULL the man that was entrusted the mask of BULL, was a man that is unrivalled by anyone, despite being known as the old man of the skateboarding world. He never faltered any challenge from the young blood that wanted to step over him to gain fame. BULL skill was so known by people, it gains the attention of Kong, and thus two legends collide, the skater deemed their duel as epic. their duel as the ultimate battle of Tricks. BULL and KONG were so evenly matched, they no longer care who won the battle, they were enjoying the ride, but eventually, BULL surrendered the match and claim Kong to be the victor, as he knew his stamina is no match to the young Kong. Kong did not accept the result and demand a rematch.

Little did he know that was the last match he ever had with BULL. As years pass, the once skilled skater, BULL, broke his leg in an accident and was forced to let go of his dreams.

Now Bull make a living as a tattoo artist with his loving family but never once have his family seen him smile. However, his son Bull Jr once saw Bull smile when Bull was reminiscing at an old picture of his. Upon inspecting the picture, Bull Jr realize its an old picture of Bull skating alongside Kong doing tricks. On that day, Bull Jr swore that he will bring his father smile back by persuading his father’s lost dream. But Bull think Bull Jr is too young for the world of skateboarding and forbid him to skate. Thus, Bull Jr now skate under the alias “Red Kid” and aim to take down Kong to prove his worth to both his father and the world, that he is not only ready to take on the world and he is ready to become the best.

• RedKid only for 2pack set.