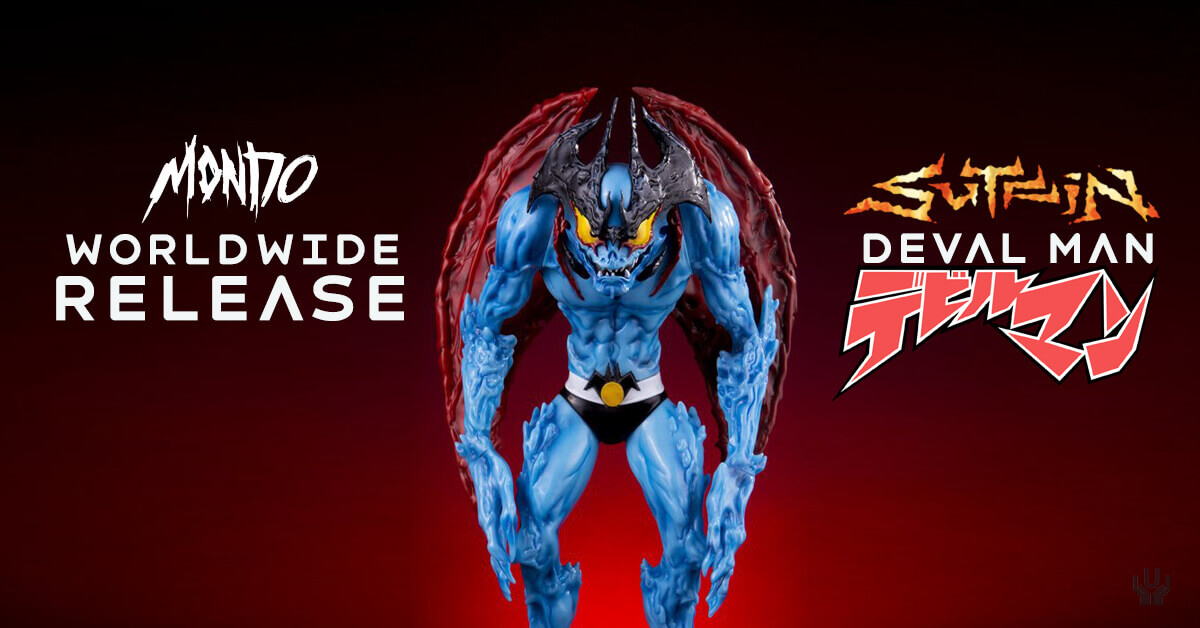 GEMS FOUND! After a recent Unbox Industries office move and a big sort out at Unbox Industries factory. Unbox have unearthed a few long sold out Unbox classics. Here’s the first re-release, the one and only DEVILMAN! Like we said previously HERE,

You’ve seen the Green but now its time for the Blue Variant Devilman from Mike Sutfin x Unbox Industries! The figure is based on artist Mike Sutfin’s Devilman screen-printed poster released back in 2015, and stands 12″ tall with five points of articulation.

Wanna stick a Middle finger to all the resellers out there? sub to Unbox newsletter for the VIP drop here. General release allocation has now been announced …Good Luck!