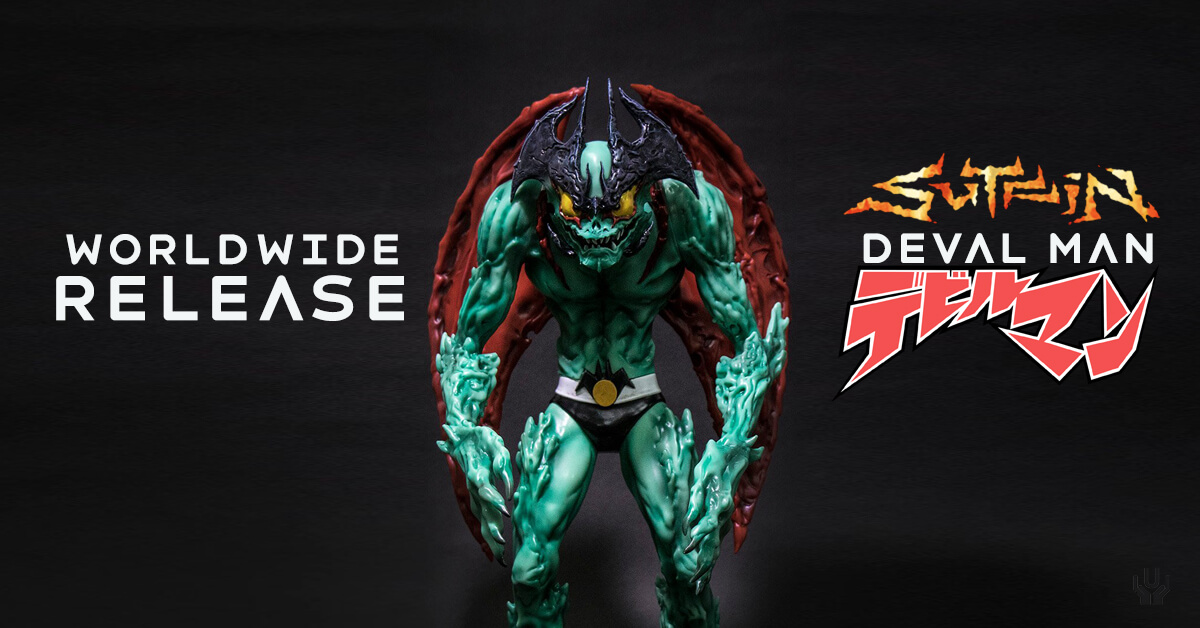 The waits over! As we shed tears when we saw collectors at conventions over the past couple of months getting the chance to see and own Mike Sutfin x Unbox Industries version of Devilman!  Mike Sutfin signature style and arguably the most insane sculpt of the Japanese Go Nagai manga series Devilman. BUT today we wipe those tears as towing over you at 12″ TODAY will be the day you can own the Green Devilman. Look out for the BLUE Version!