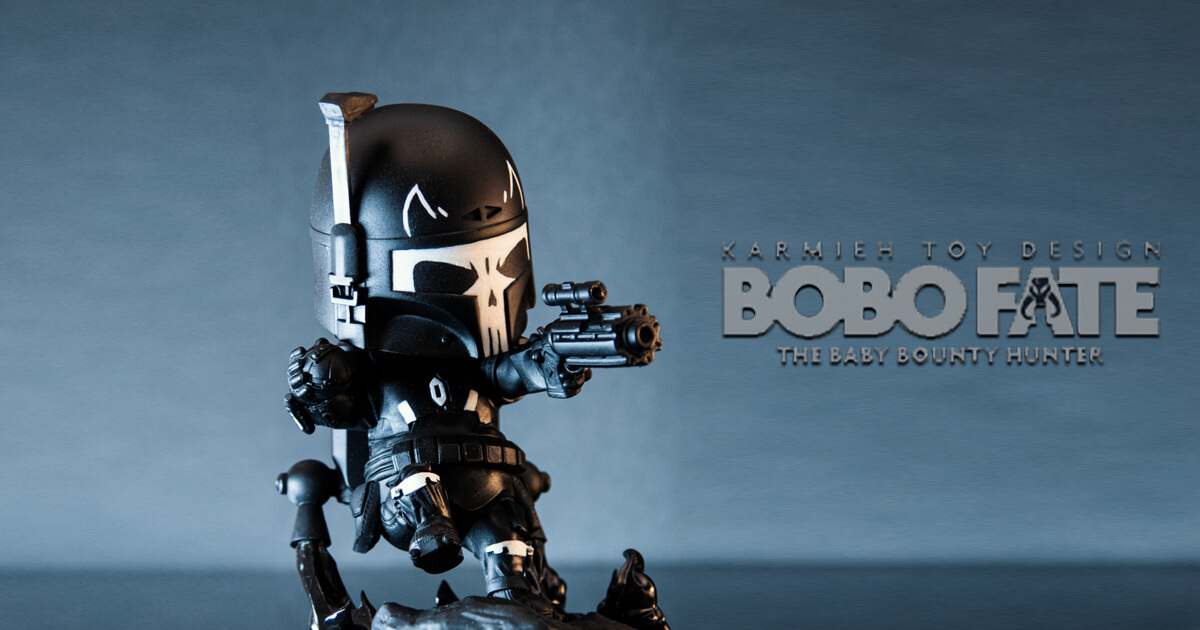 Just over 4 years since the last release of Bobo Fate from the mighty KARMIEH Industries! and boy BOBA FATE gets a sinister update. Back with new armour (not really, just a new paint job) Jolly Roger has joined the remaining forces of the clone troopers to fight against the rising Empire, trained under the guidance of Captain Rex.

The sad news is you might have to battle it out with other collectors as only 10 will be made of the Bobo Fate The Jolly Roger. Released to a selected group of people that will have the good fortune to grab one of the 10 pieces that are handcrafted in the heart of Transilvania by a craftsman named Oasim Karmieh. Like we said previously, turning the much loved Boba Fett into a cute SD version all blasters blazing once again. We’re not fans of bases on figures but we do like how Osaim has incorporated into the figure, how Boba Fate is in motion is pretty cool all held up with the flames, smart arse!

Only 10 pieces are available! All copies are signed and numbered

Still, time to own ADULTHOOD! Why not right.