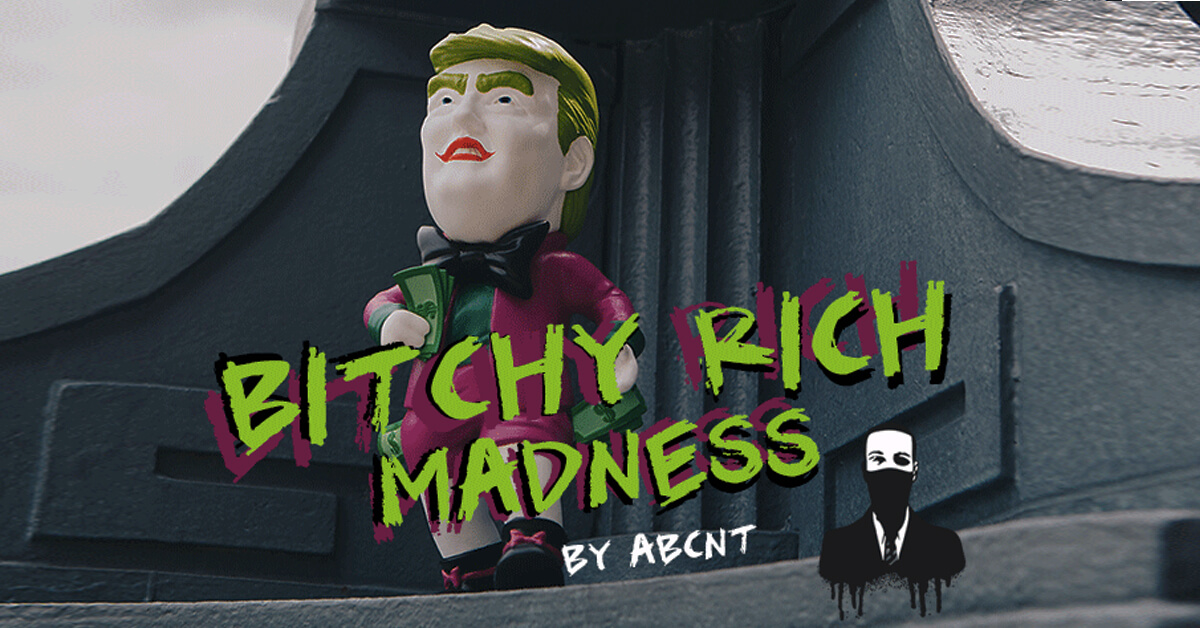 ABCNT (pronounced as absent) joins Mighty Jaxx roster once again with BITCHY RICH MADNESS edition!  ABCNT new take/ colourway of last years BITCHY RICH, Why so serious right? Anyway, today will see the drop! like we said before, A project waiting to happen with world events taking place, political views and voices spoken what better way than to extend it into art collectables! Ha, this one should have you in stitches. Meet ABCNT’s ” Bitchy Rich ” which we’ve seen ABCNT street art and now powered by Mighty Jaxx to make it into a 3D art collectable. Let’s hope ABCNT x Mighty Jaxx send one to Trump or at least take a photo outside of Trump Towers with Bitchy Rich.

Let’s talk about your collaboration with us, how did the inspiration to do the artwork of Bitchy Rich come about? And why was it chosen to be translated into an art collectible?

The inspiration was [based off] the comic book character, Richie Rich. Ever since the main protagonist inherited his family’s wealth, he does not have a lot of friends. It made sense to me one day to attach Trump’s stylised head to Richie Rich’s body and thus gave birth to Bitchy Rich. I think every artist is fascinated with the idea of their work being translated into a three-dimensional figure. Given that some of my Bitchy Rich street art went viral, I knew it was something to be pursued further. I hit up Mighty Jaxx and we made it happened together. Forever thankful to you guys.   ABCNT interview at Mighty Jaxx blog, check the full interview HERE. 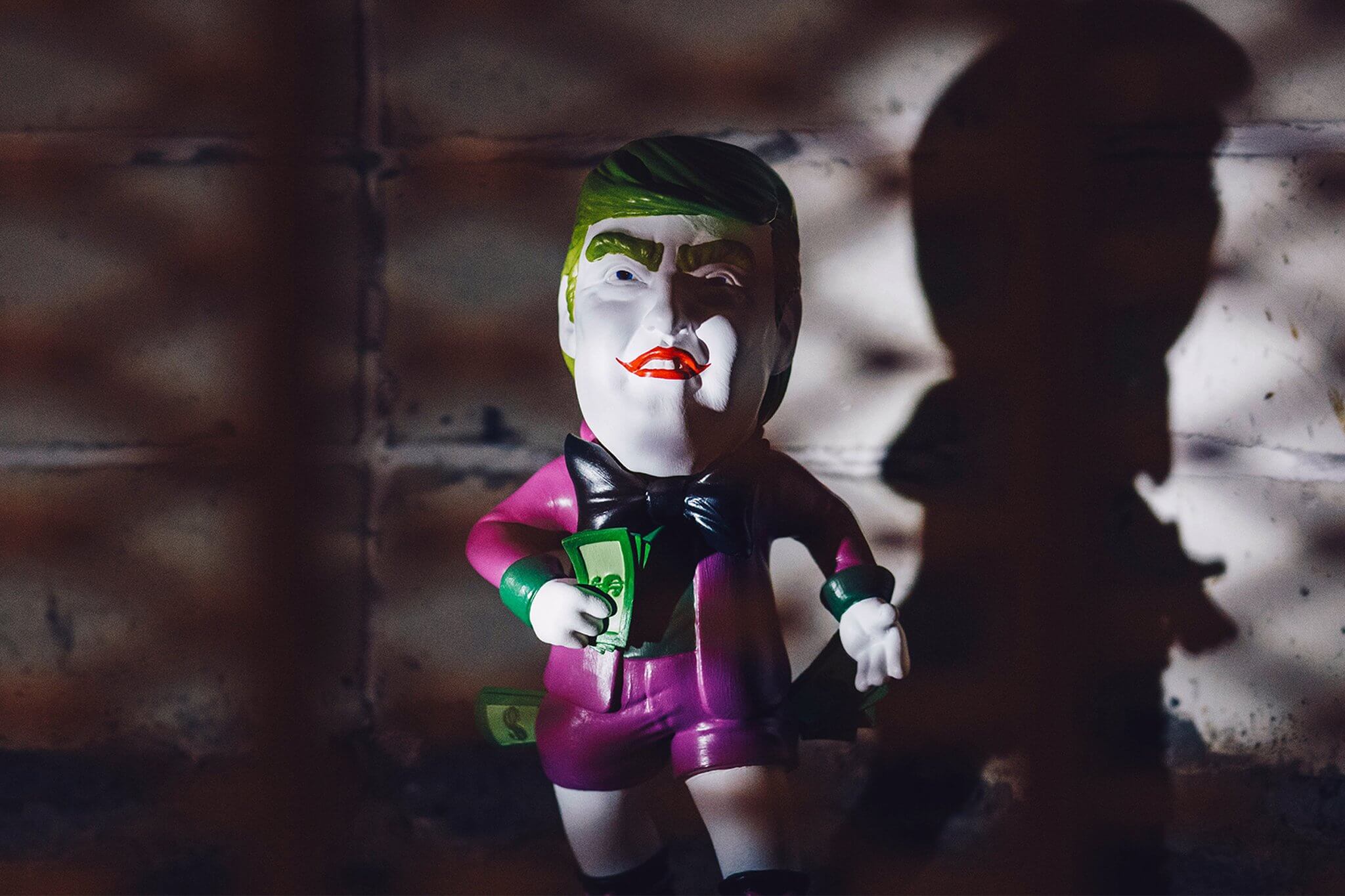 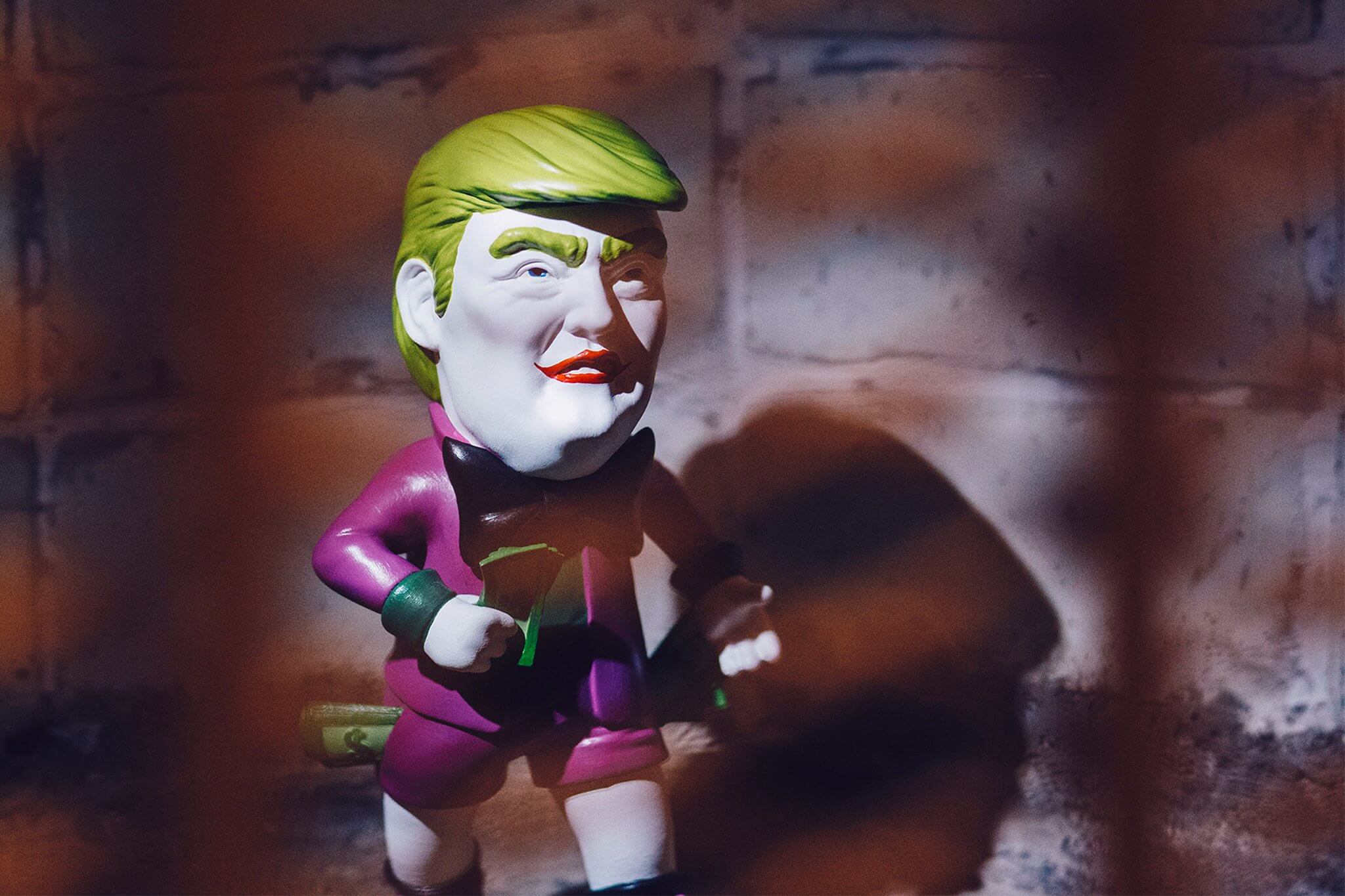 Remember Bitchy Rich? The infamous loudmouth is back and not just rich, but is also now the MAD Clown in Chief or Liar in Chief! To better suit his twisted tales, he has changed his appearance — bleached chalk-white skin, money-green hair, and his face plastered with a devilish Glasgow smile. His bow tie is in a dark shade to match his heart, ready for all sorts of shady business. Love him for all the wrong reasons or hate him to the core, he is here to stay for good (and evil). 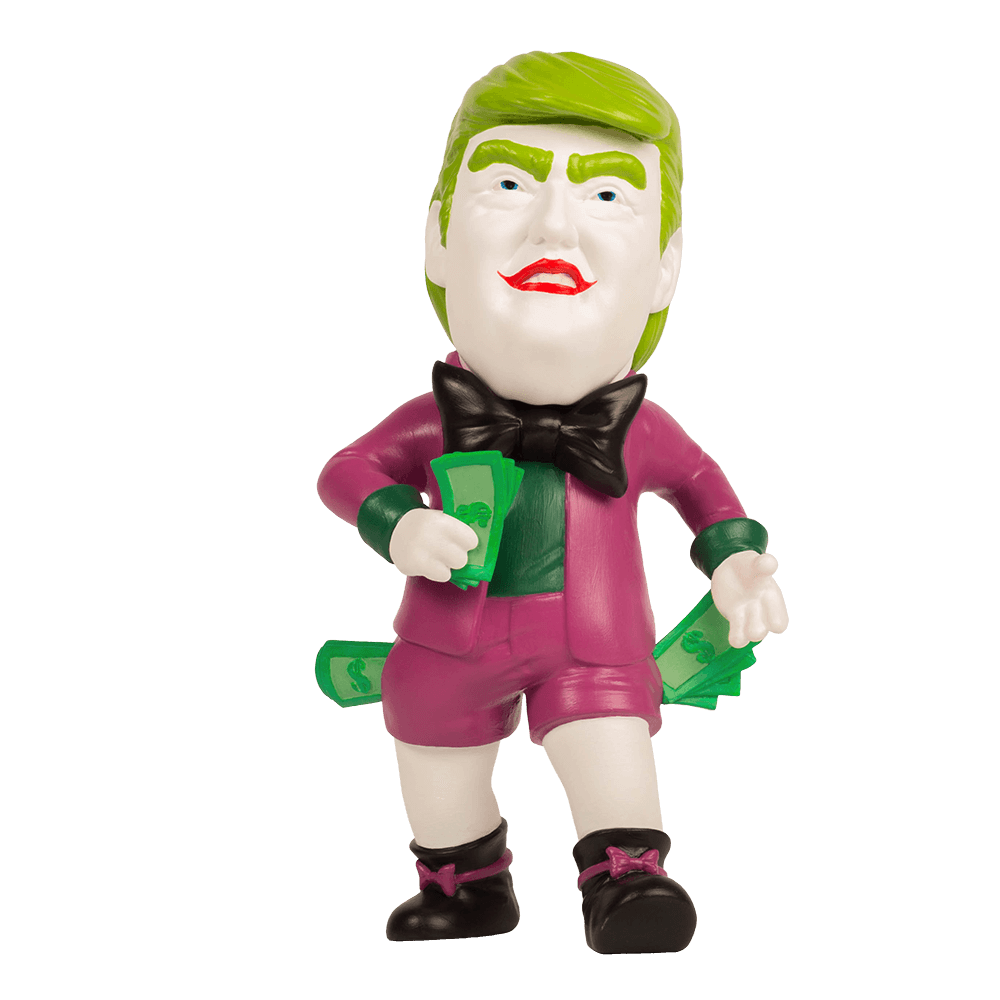 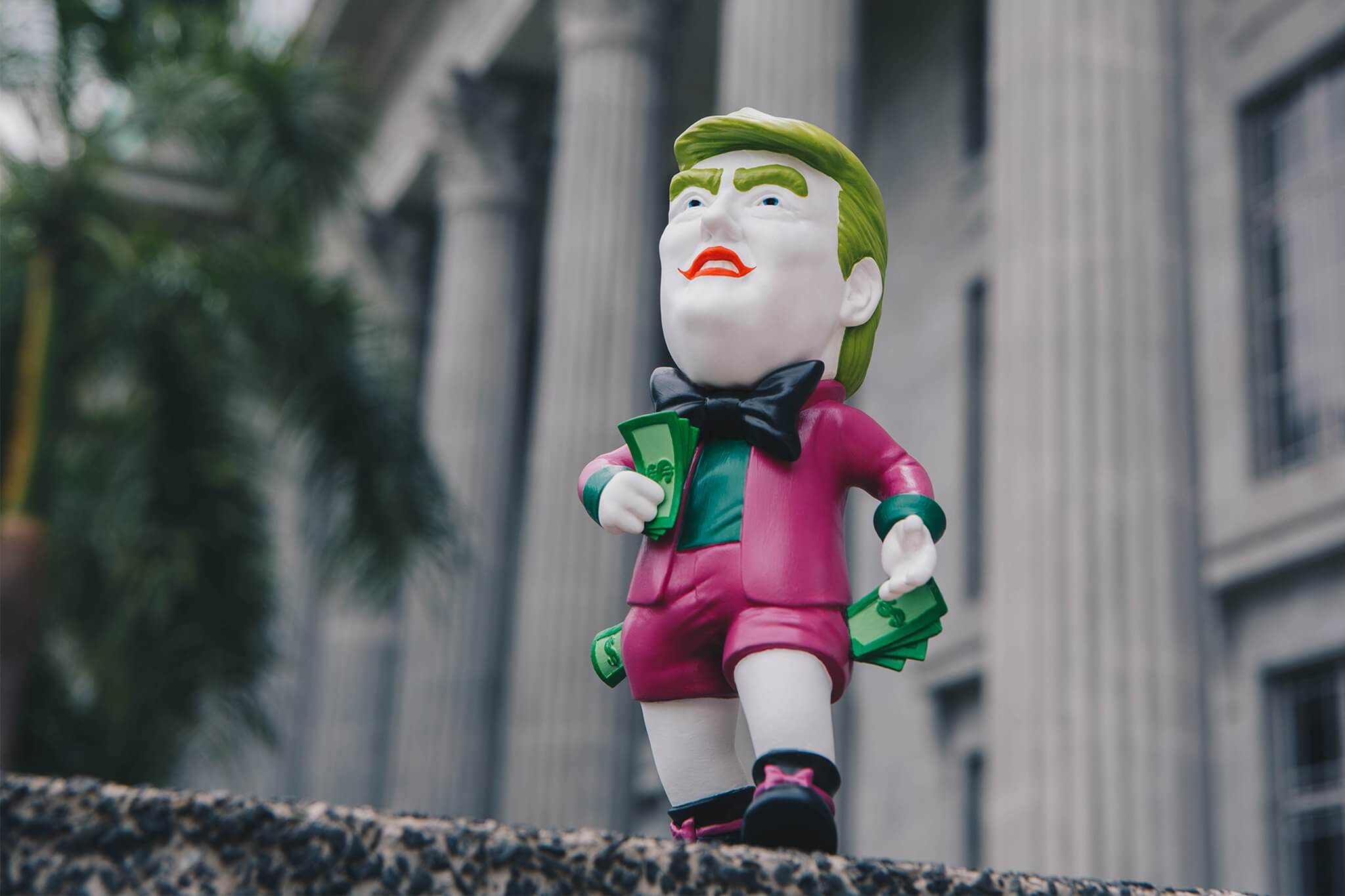 WHEN: Pre-order Saturday 10th February at 10AM EST 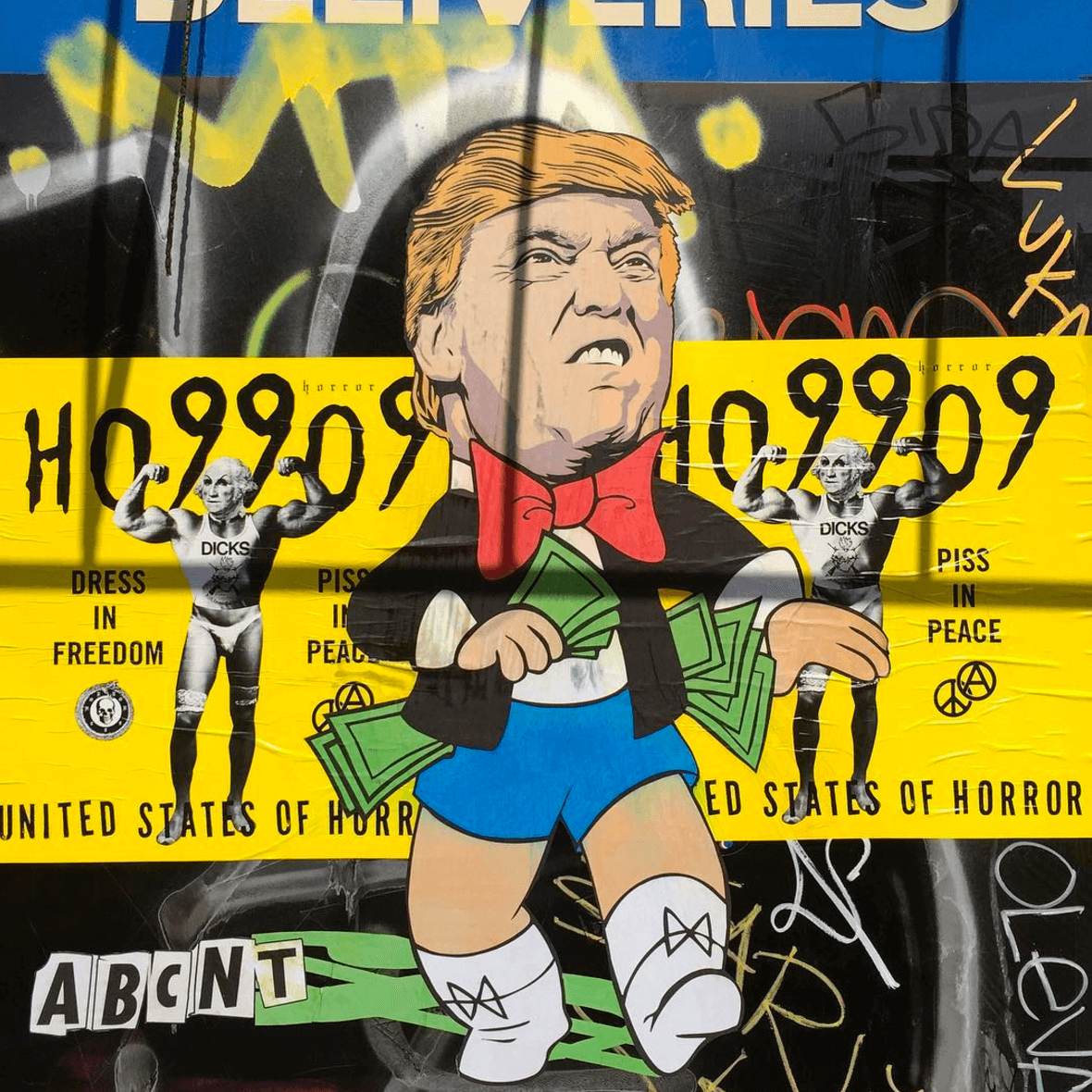