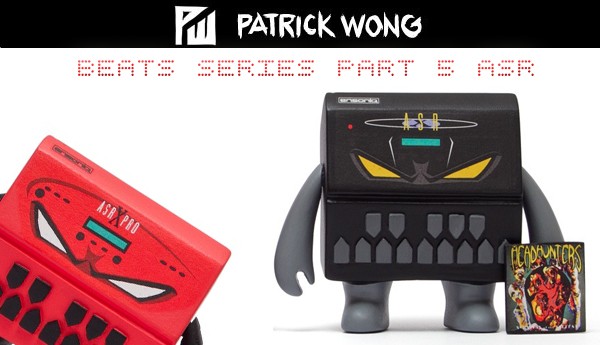 All kinds of awesomeness! Patrick Wong adds another sampler inspired resin art toy to his BEATS Series! ASR-X gets the PW treatment. We have to say Part 5 has more of evil look to him, maybe it’s the way the keys are laid out or it might even be the eyes. Any how we dig the extra angry look. 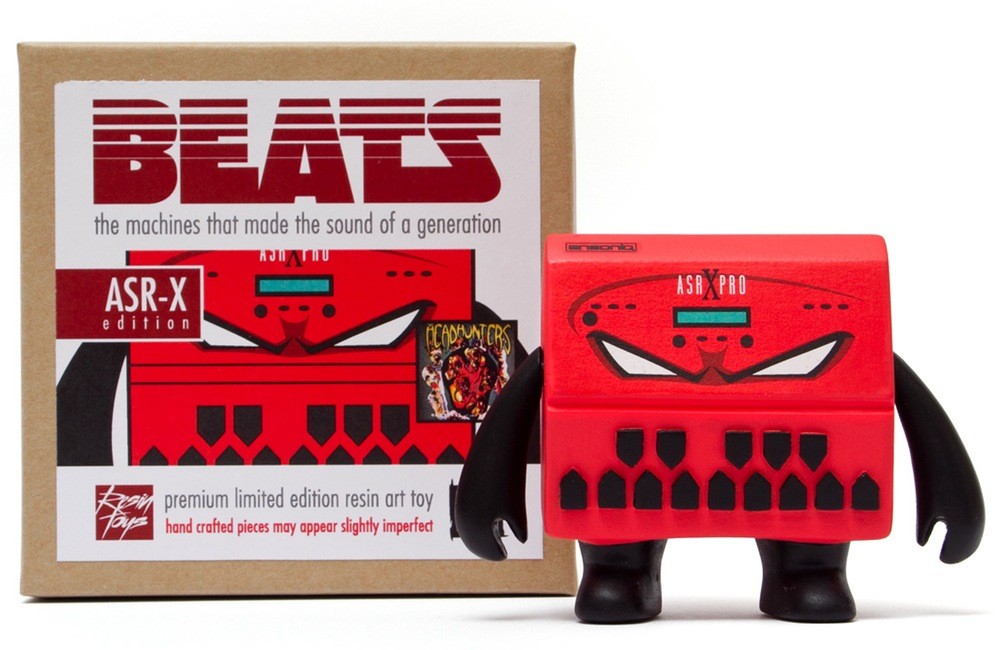 “As a part of Patrick Wong’s genealogy of samplers titled Beats Series, the ASR-X originally entered the marketplace poised as a “MPC-Killer” and competed directly with Akai’s flagship MPC 3000. Although failing to capture the title in the end, the ASR-X was a notable groove production tool with easy sequencing, resampling, digital effects, and a built-in set of low/high pass filters. Used by luminaries such as the Large Professor and Oddisee.” 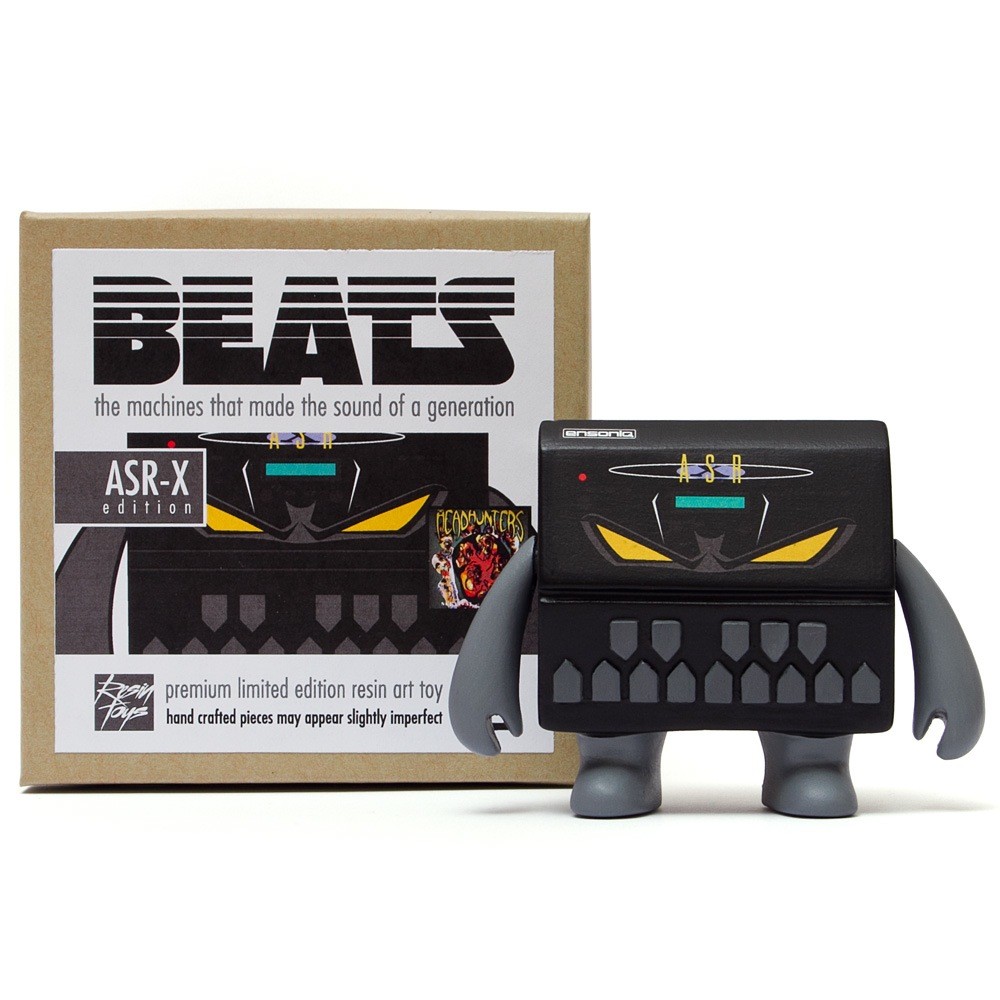 Priced at shockingly cheap $35.00 each, around the £22 mark, why did I say cheap? well compared to a lot of resin toys and newbies I have seen much higher costs and less well made resin toys for double or even triple the cost. Patrick hits the nail on the head on price point. Available as a one-time run of figures via preorder till 12th September , 2015 via http://patrickwong.bigcartel.com/ PREORDER ONLY.

The Beats Series is a collection of collectible resin art toys targeting beat producers and designer toy enthusiasts. The series is based on a genealogy of key samplers from the late 80s to 2009 such as the SP1200 and Maschine – marking the beginning, evolution, and end of sampling hardware as small resin art figures. Part 1: MPC60, Part 2: SP1200 (SP12 Variant), Part 3: ASR10 (EPS16+ Variant), Part 4: MPC2000XL (Blue & Beige), Part 5: ASR-X (ASR-X Pro Variant).