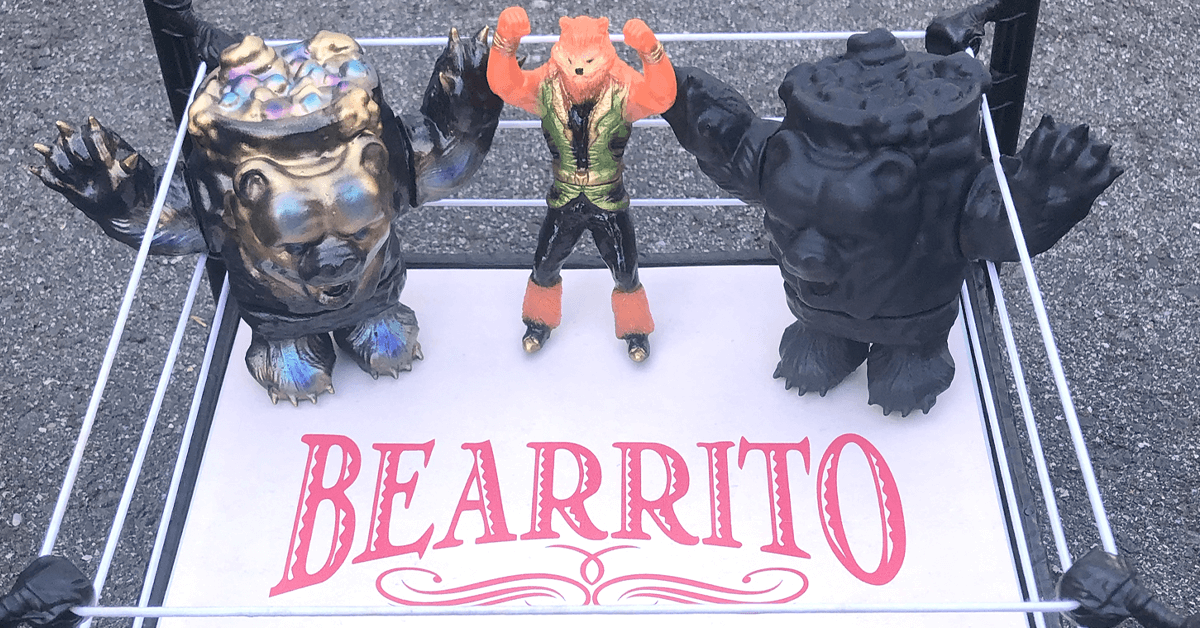 Whilst the Paint Fight might be ongoing outside at Five Points Fest, Bleeding Edges is bringing along some fighters that bring it in the squared circle. At booth #348 next weekend you will be able to catch a ringside seat to Bearrito vs King Liger that you don’t want to miss.

Bearrito is a collab between Bleeding Edges and Diehm 777, they will have a Five Points Esclusivo painted edition limited to 10 at $80, as well as three one-off pieces at $100 each and an unpainted black vinyl for $55.

All of these will be at the BxE Buttons X Staciamade (@bxebuttonsxstaciamade) booth #348 along with their full line of enamel pins, patches, stickers and shirts. Leftovers will be available at bxebuttons.com!