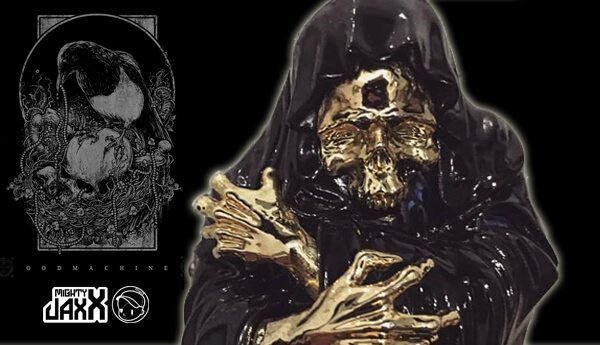 Here we go guys! Godmachine will be joining forces with Mighty Jaxx to release an art collectable and it looks SICK. Mighty Jaxx signs up one of our own UK artist which is great for the Euro scene and what better artist to get his art made into 3D art sculpture. 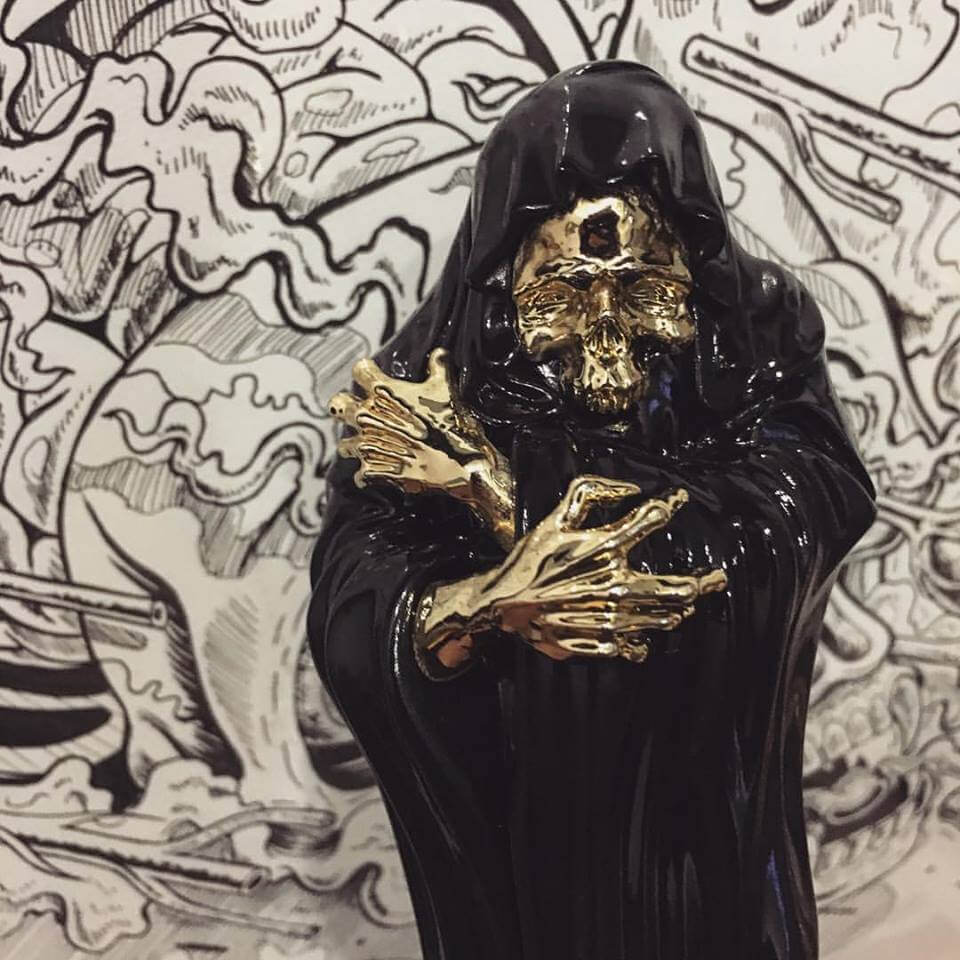 From the photos Mighty Jaxx leaked it looks more or less finished. Two versions should be released so that should empty our pockets pretty fast. You know it will be worth it in the end. Gold/ Black and Silver / Black are the two that have been leaked. The figure speaks for itself. What we don’t know is will it be straight resin release or porcelain? from the photos it looks like Porcelain. But that could be the lighting. Whatever it is WE WANT IT. 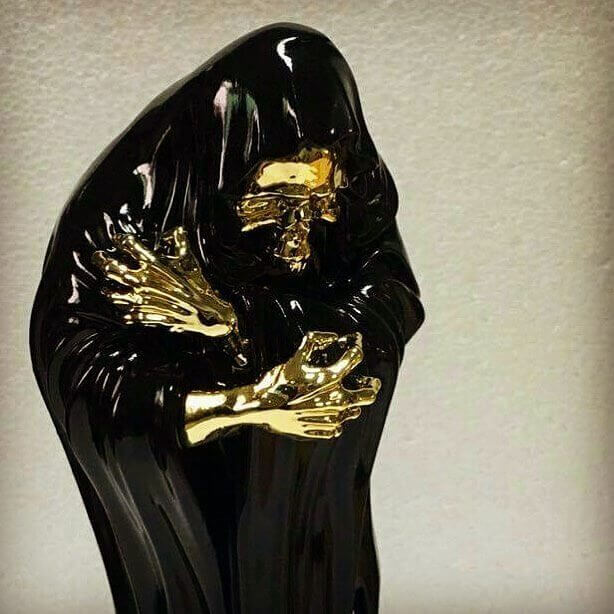 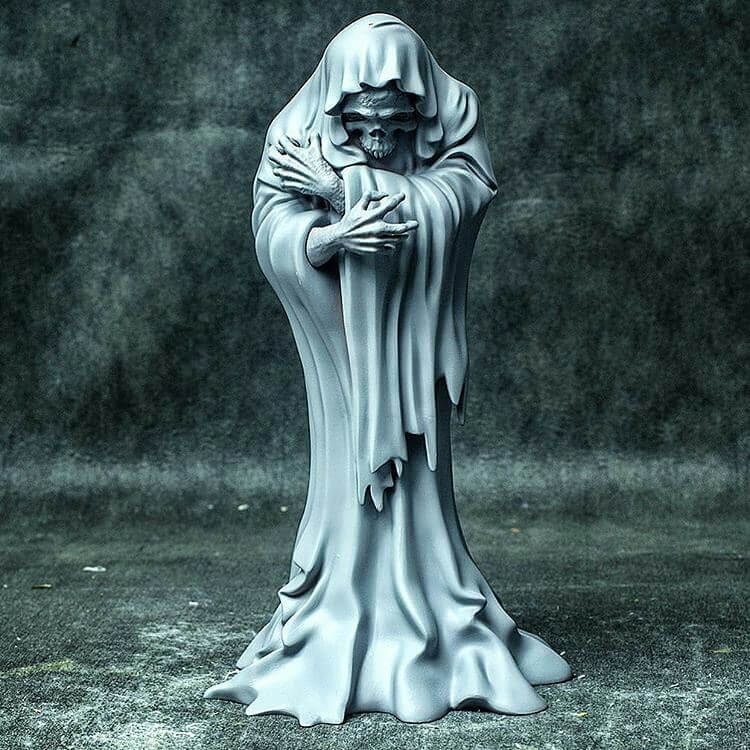 ‘Godmachine was born in Cardiff, South Wales, it was a difficult birth; his parents were in London at the time. He grew up on a steady diet of nothing, 2000AD comics, Santa Cruz skateboards and old library books of Klimt and Beardsley.
His art is born of Jim Philips, raised by Simon Bisley and adopted by his everyday influences; film, literature and music.
He uses a wacom, photoshop and coffee to achieve his detailed images that have made quite an impact on band merch, skateboards and clothing companies today.
He owns 2 cats: Bear and Miss Boo Boo Kitty Fuck II and has a worrying amount of coffee mugs with cats on them. Although a vegetarian and a devout anti-theist he collects animal skulls, animal horns and crucifixs along with old discarded black and white photos.’
No official release date set yet but as always stay tuned.
You can find Godmachine at http://godmachinedesigns.blogspot.co.uk/ , Twitter, Instagram and Facebook.

We have a small discount link —  http://mightyjaxx.refr.cc/9JD82QX which will enable you to get 5% off your order. Every little helps!