The all new colourway of Luke Chueh BAT BEAR is flying in for exclusively for Designer Con! Like we said before, some say he’s a descended of Batman, we doubt this is true but it would be cool if it was. We love the fact Bat Bear is Luke expressing his mind into an art form and Bat Bear makes a return in this Chrome Cowl edition powered by Designer Con’s official sponsor Mighty Jaxx.

“If a costumed vigilante existed in the real world, the impression he’d most likely make would be that of an insane person. This feeling would be reinforced by the fact that his costume would probably be an amalgam of random bits and pieces. The mask the Bat Bear wears is actually inspired by a similar bondage/fetish mask Enid from Daniel Clowes’ “Ghost World” wears. At the same time, he has a blanket wrapped around his neck the same way a child would wrap their bed sheet around themselves while screaming “I’m Batman!”

” ‘Bat Bear’ is a subtle critique of the fantasy world we read in comics, contrasted with my understanding of the real world, and illustrated in a cartoon / pop-art style.”  – Luke Chueh This bust is based on Luke Chueh 2006 print ‘Gero Hero or Bat Bear’. Mighty Jaxx has now made it possible for you to have him on display. At 12″ tall Mighty Jaxx has done a good job on making the transition from 2D drawing to a 3D bust. 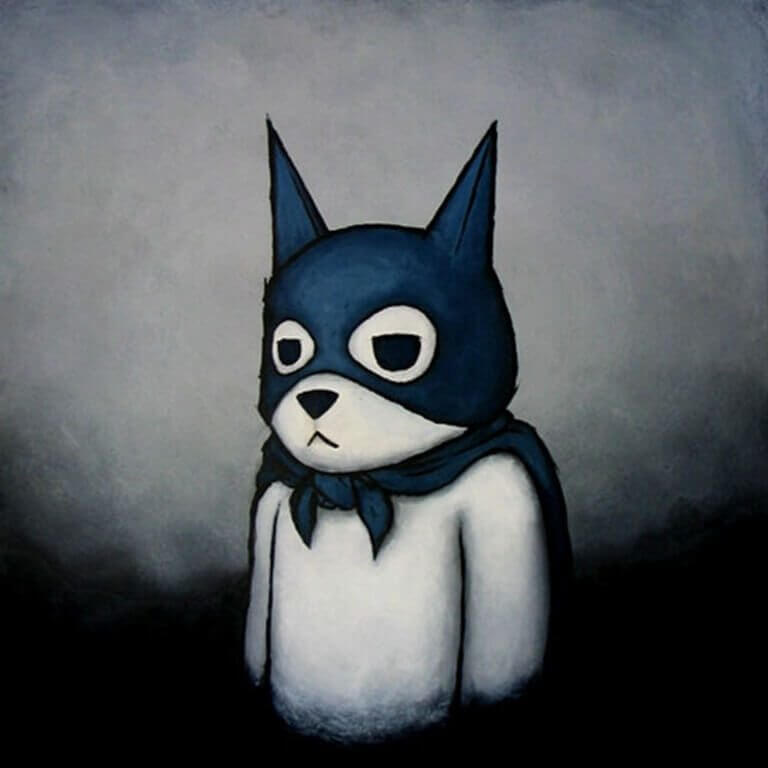